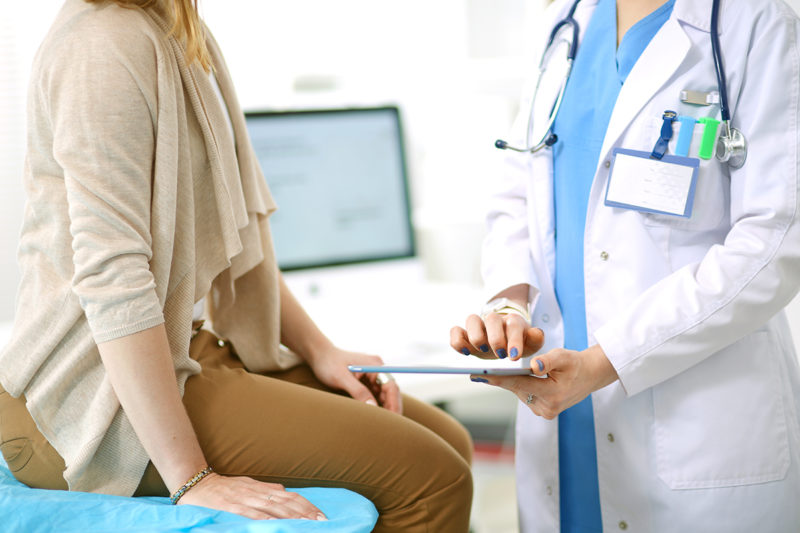 To more accurately describe this type of abortion, many health-care providers have adopted the term “procedural” abortion. Shutterstock

Rewire News Group has updated its style guide to more accurately describe abortion care. Instead of referring to “medication and surgical” abortion to distinguish between abortions induced by pills and abortions performed as an in-clinic procedure, RNG will use “medication and procedural” abortion.

The term “surgical abortion” has been used by health professionals—and, until now, by Rewire News Group—to define any in-clinic abortion not induced by medication. For pregnancies in the first trimester, which is when the vast majority of abortions occur, this involves a procedure called vacuum aspiration. The word “surgical” in this instance is misleading—the procedure doesn’t typically require cutting or suturing of any kind. It’s a five- to ten-minute process involving gentle suction to remove the products of conception from the uterus.

But that hasn’t stopped anti-abortion activists from weaponizing the term, Amy Hagstrom Miller, president and CEO of Whole Woman’s Health, a network of reproductive health-care clinics, said in an email to RNG. During the COVID-19 pandemic, they are “talking about abortion as surgery that’s going to somehow use up a whole bunch of critical medical supplies and take PPE [personal protective equipment] away from the hospital,” Hagstrom Miller said. “They’re preying on the public’s misunderstanding of what actually happens in abortion.”

As Dr. Daniel Grossman, an abortion provider and public health researcher at the University of California, San Francisco, explained on Twitter, an in-clinic, first-trimester abortion “requires in terms of PPE: 2 pairs of gloves (1 for the ultrasound and 1 for the procedure) and a reusable face shield. A gown and mask are not usually required. That’s it.” If a person is forced to carry their pregnancy to term, their cesarean section would require significantly more PPE, he said.

To more accurately describe this type of abortion, many health-care providers have adopted the term “procedural” abortion. We are following their lead.

The term “surgical” isn’t an accurate term for any abortion, Hagstrom Miller noted. “I think in past generations people called abortions surgery in an effort potentially to reclaim some medical status or ground and try to bring abortion back under a medically respectable” purview. It’s also possible the term gained traction because many “abortions are performed by people who are trained surgeons,” Hagstrom Miller added, “but that’s not necessary in order to perform an abortion safely.”

“No abortions need [surgery] because of course we access the pregnancy through the vagina without making incisions or cuts,” she said. “By using the term surgery I think we’ve made abortion sound more complicated than it actually is.”

As language usage shifts over time, or as anti-abortion activists find new ways to use medical terms in ways that go against their original intent or purpose, even language from reproductive rights advocates might obscure the reality of abortion care. And rather than relying on the perspectives of those who’ve had abortions or those who provide abortion care, public discussions around reproductive health care are steeped in stigma and misinformation. That makes our job at RNG that much harder—and more important.

At RNG, we make editorial decisions based on what’s scientifically accurate and what will be clearest to readers. In some cases that might require bringing readers along when a term that is factually correct but not universally used is preferred, particularly by advocates working on the frontlines of the issue at hand.

For example, we use “pregnant people” rather than “pregnant women,” or the more problematic “mother,” in most reporting about reproductive health, rights, and justice. (I say “most” because we do not edit a quote from someone not using our preferred language, and we cannot make data more inclusive when it only refers to “women.”)

To be clear, “pregnant women” isn’t wrong—it’s just not the most accurate way to describe the entire population affected by anti-abortion restrictions. People who don’t identify as women have abortions. And “mother” wrongly assumes the pregnant person in question intends to parent and identifies as a woman.

A term that has come under scrutiny in recent weeks, thanks to the COVID-19 abortion bans springing up nationwide, is “elective.” Anti-choice state officials have argued that abortion care is “nonessential” health care because these procedures are “elective.”

Here’s the thing: The abortions in question are absolutely elective. In the most basic sense, the only type of abortion that isn’t elective is a spontaneous abortion, more commonly known as a miscarriage. But the term “elective abortion” has long been used by anti-choice activists to create a distinction within the category of induced abortions, between those they can portray as more or less justified. And by classifying some abortions as “elective” and others as “therapeutic” or “medically indicated,” much of the medical system and the public—even people who consider themselves pro-choice—have accepted that false distinction. The term is “moral judgment masquerading as medical terminology,” to quote a 2018 article from the American Medical Association Journal of Ethics.

As a recent article in the New England Journal of Medicine explained, “In the rest of medicine, classifying a surgical procedure as ‘elective’ doesn’t determine whether or where it will be done. Instead, it denotes that a case can be planned and scheduled, as opposed to an ‘urgent’ case that cannot be delayed without causing harm to the patient.”

Of course, what “elective” means is besides the point. By arguing that abortion is an elective health-care service, anti-choice lawmakers and activists are trying to win the argument on banning abortion. But as people seeking abortion care during the COVID-19 pandemic have made clear: Just because a service is elective, that doesn’t make it any less time-sensitive or necessary. When people are forced to delay their abortions, the care they seek becomes more expensive and difficult—or impossible—to obtain.

Using language that accurately describes the realities of abortion care won’t stop lawmakers or state officials from trying to take away the constitutional right to abortion, but it does contribute to our ongoing efforts to reduce abortion stigma in the news. At present, it’s the most we can hope for.