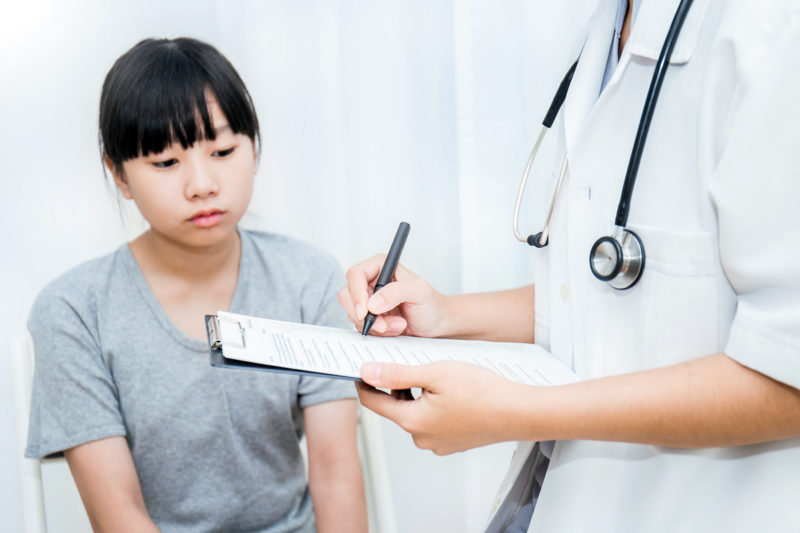 Texas is one of 24 states that doesn’t explicitly allow minors to consent to contraceptive care, and the state’s Children’s Health Insurance Program does not cover contraception. Shutterstock

Clinics that receive Title X family planning funds have traditionally been a place for teenagers to get confidential contraceptive and sexual health services, even in states that otherwise require parental consent.

The Trump administration, however, has imposed onerous rules that prevent providers from referring patients for abortion care, prioritize so-called natural family planning over more effective forms of contraception, and threaten confidentiality for adolescent patients. While the administration’s domestic “gag rule” is gutting the Title X program across the country, a recent study out of Texas—where cuts to family planning programs began in 2011 thanks to Republican lawmakers—suggests teenagers may be among those who lose the most.

The Title X program, which was started under President Richard Nixon and enjoyed bipartisan support through much of its history, funds a nationwide network of providers offering low-cost sexual and reproductive health care. Fees are based on income, and services are free to people living at or below the federal poverty line. Title X clinics fill a vital gap for the many who make too much to qualify for Medicaid but still can’t afford health insurance. And when teens seek services, Title X clinics base fees on their personal income, not that of their parents or guardians.

Long before the Trump administration and its army of anti-choice activists took aim at Title X to force Planned Parenthood out of the family planning program, the Republican-held Texas legislature implemented a series of moves designed to hurt Planned Parenthood affiliates across the state.

In 2011, Republican lawmakers slashed the family planning budget by two-thirds and created rules that sent the remaining funding to other federally funded clinics, public health departments, or primary care facilities that had little experience providing contraceptive care. In 2013, the Obama administration awarded Texas’ portion of Title X funding to a nonprofit association of providers instead of the state government. The legislature then created three state-funded family planning programs—only one of which worked with teens, and it was required to follow the state’s parental consent policy.

From 2012 to 2015, researchers from the University of Colorado and the University of Texas conducted in-depth interviews with providers and administrators at publicly funded family planning organizations across Texas. The interviews were designed to evaluate the changes to services in the state between 2011 and 2013. An article in the Journal of Adolescent Health in January analyzes the impact these rules have had on teenagers.

The study found that 27 of 34 participating organizations that received Title X funding before 2013 lost it during the study period. Most of the organizations that lost funding saw a decrease in the number of clients they served, including the number of teenagers. Respondents blamed this decline on having less money to spend on community outreach and the new need to charge uninsured patients for services.

When it came to teens, however, confusion around parental consent policy was identified as an important factor. While minors with Medicaid continued to have access to all care, including contraception, without parental consent, other teens were a different story.

In Texas, minors can access some sexual and reproductive health services, including STI testing, without parental consent, but not birth control. Staff at some centers would refer young people to clinics that still had Title X funding whereas others would try to obtain parental consent—which led to additional questions, like which forms to use and whether the parent had to sign the forms in front of staff. For some organizations, the rules and procedures changed multiple times during the study period as funding sources shifted. As a result of this confusion, some providers began to discourage walk-in services for teens, creating a new barrier to access.

The researchers concluded that as the network of Title X-funded clinics shrunk, it became more difficult for teens to access contraceptive services. “Access to care became less equitable” as  “teens’ ability to obtain confidential low-cost services was increasingly dependent on the funding sources for their care and services requested.” Only teens on Medicaid or those who could get to a Title X clinic, for example, had confidential access to hormonal contraceptives or long-acting reversible methods.

“Although the Texas case is unique, the experiences of family planning providers in that state illustrate an ominous picture of what might happen to providers and their teen clients elsewhere if the Title X rules remain in effect,” the researchers wrote.

The Trump administration has not been successful in cutting funding for Title X providers, but it has managed to completely reshape the program through new guidelines and rules. The program now favors primary care providers over ones that specialize in reproductive health care, even though specialists are more likely to offer the full range of contraceptive options. The administration now prioritizes providers that favor “natural” family planning over more effective modern methods of contraception and promote abstinence over contraception in the name of “sexual risk reduction.”

Another Trump rule change impacts teenagers. Though Title X clinics are still required to provide confidential services and do not have to obtain parental consent, the new rules require providers to document the “specific actions” they have taken to encourage each adolescent patient to involve family. Studies have shown that many teens would not seek contraceptive health services without a guarantee that their parents would not find out. Requiring parental permission—or forcing them to explain to a doctor why they don’t want their parents involved—would be even more devastating. It’s important to remember that these teens are unlikely to stop having sex. They will just stop protecting themselves from unintended pregnancy.

The gag rule regulations have already reduced the Title X network’s capacity to serve female contraceptive patients by an estimated 46 percent, according to a Guttmacher Institute analysis. An estimated 981 clinics that had received Title X funding (about one quarter of the clinics) likely left the program in 2019 as a result of the gag rule. This reduced capacity will affect 1.6 million patients across the country. And if Texas’ anti-family planning project teaches us anything, it may be teens who suffer the most.

“This unlawful Title X regulation is meant to do one thing: undermine the core mission of this bedrock public health program by blocking access to care to those who otherwise have no other source of health care, and that includes teens in need [of] confidential family planning and sexual health care from providers they know and trust,” Audrey Sandusky, senior director of advocacy and communications at the National Family Planning and Reproductive Health Association, told Rewire.News in an email.

“And the sad reality is that it’s working.”