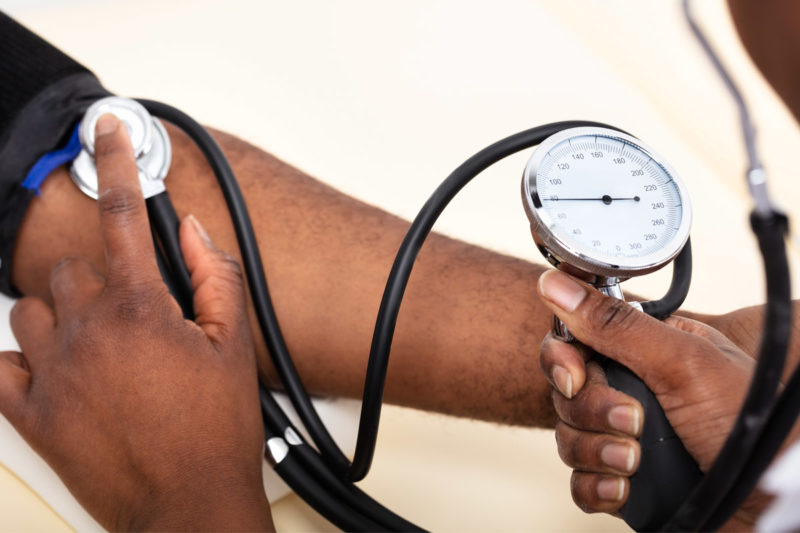 Health providers must examine the medical community’s history of oppression, their individual biases and prejudices, and the structurally racist and sexist policies that exacerbate inequity in our society. Shutterstock

“Why is she getting her IUD out so early? She’s just going to get pregnant,” an attending tells me, not bothering to hide his exasperation.

“It’s the decision she wants to make,” I respond.

“Do you know how expensive these devices are? What a waste.”

It’s not an uncommon conversation I have had or overheard during medical school and residency—the barely concealed judgment of patients deciding how they wish to manage their health. These judgments, often of Black patients, were ensconced within conversations expressing disbelief at how these patients could wait so long to present for care, reject suggestions made by their doctor, or worry about being experimented on. Sometimes, this incredulity by my colleagues or superiors would turn into disdain and ridicule, questioning the patient’s intelligence or ability to make decisions for themselves.

My colleagues lacked the historical context of what centuries of structurally racist ideas and practices were present within the medical community, leading to such distrust of the system. As a Black female physician, I had difficulty articulating why such statements felt so wrong until I took it upon myself to learn about the many ways people of color, and specifically Black people, have been controlled, exploited, and legislated by our government and the medical community since the founding of this nation.

As it is Black History Month, I implore my colleagues to not only take time to recognize the contributions of Black people in the United States, but also to acknowledge the many ways Black bodies have involuntarily contributed to medical advances we take for granted. Only then can we begin to change the health-care system and our role in perpetuating biases within it.

Many people are familiar with the “Tuskegee Study,” in which hundreds of Black men from 1932 until 1972 were told they were receiving treatment for syphilis, a sexually transmitted infection that can lead to devastating outcomes such as hearing loss, vision loss, and nerve damage if left untreated. These men received no treatment and were monitored because the government desired to know the natural progression of syphilis. Though this is an infamous example of both contributions made by and predation on Black people, it is by no means the only one.

Part way through my residency training, I came across Harriet A. Washington’s Medical Apartheid: The Dark History of Medical Experimentation on Black Americans from Colonial Times to the Present. This expansive but readable book provides an important overview interspersed with fascinating details about the many ways Black people were abused and exploited by the medical system. How many people know that Thomas Jefferson—the president famously rumored to have fathered several of his slave Sally Hemings’ children—injected his slaves with cowpox to see if this would create immunity to smallpox? He subsequently injected his white family members when his slaves did not fall ill, Washington noted.

James Marion Sims, a physician practicing in the mid-1800s, performed experimental vaginal surgeries on Black enslaved women without pain medication, while they were naked and on their hands and knees, Washington explained in Medical Apartheid. We have him and these unnamed slaves to thank for making numerous advances on vaginal surgeries, in particular, the repair of the obstetric fistula.

And even in death, Black bodies have been exploited. Whether it was digging up bodies of the newly laid-to-rest in the 18th and 19th centuries or the practice of shipping bodies left unclaimed in forensic examiner’s offices to waiting medical students—all for the purpose of allowing them to learn anatomy. This all happened without the consent of individuals or their families and without compensation.

More recently, to reduce public spending on poor, Black, and brown individuals, the government promoted long-acting reversible contraception (LARCs) despite shoddy evidence regarding side effects or potential complications, as Andrea Tone detailed in Devices and Desires: A History of Contraceptives in America. The Dalkon Shield was an intrauterine device introduced in the early 1970s and originally tested on mostly Black and poor women. It was pulled from the market after it caused life-threatening infections in women and embedded in the uterus. Another LARC from the 1990s eventually pulled from the market was Norplant, a six-rod device implanted in the patient’s upper arm to prevent pregnancy. Again, this was tested and heavily promoted in mostly Black, poor, and teenage populations, explained Washington in her book, despite knowledge of severe side effects such as heavy, irregular periods, headaches, and weight gain. As this December 2018 New York Times article shows, we continue to see state governments looking to LARCs as a cure-all for reducing poverty, without taking into account all the socioeconomic factors at play.

How much of this history informs medical professionals on why Black women are less likely to utilize certain forms of birth control, particularly LARCs, or why Black people may be less trusting of doctors given repeated evidence of experimentation and lack of informed consent for procedures? Moreover, medicine has yet to prove that much has changed. A study published recently showed that white medical trainees falsely believed that Black patients felt less pain and had thicker skin than white patients. Another showed that Black children received pain medication more slowly than white children for similar conditions in emergency care.

Providers also demonstrate bias in offering birth control options, as they are more likely to offer birth control in general to low-income Black and Hispanic women compared to low-income white women and also more likely to push LARCs on to Black women than white women. And most recently a series of articles highlighted at ProPublica, NPR, and other news outlets demonstrated that Black women, regardless of socioeconomic status or educational level, continue to fare worse compared to their white counterparts. Many of the conditions for which pregnant Black women have higher complications and death are preventable—doctors either are not listening to us or are disregarding objective evidence before them.

Easy solutions would be health-care providers and institutions developing checklists or standardized protocols to handle post-partum hemorrhage and make crash carts available when a patient demonstrates evidence of heavy bleeding after a delivery. Another solution would be developing a trigger in electronic medical records for blood pressures meeting criteria for pre-eclampsia, a life-threatening pregnancy condition, and requiring an override if expected labs or medications are not ordered for management.

This is what my patient of several years recently told me, despite long gaps of time not seeing each other for various reasons. She had never taken the flu shot before but believed in me enough to try it for the first time this year.

I don’t take these words lightly because such trust is hard-earned in a system that has historically utilized Black lives and bodies to advance medical knowledge and consistently fails at improving health disparities for Black people.

This February, as we mark contributions made by Black people to this country, health providers must also examine the medical community’s history of oppression, their individual biases and prejudices, and the structurally racist and sexist policies that exacerbate inequity in our society. As they do that, they should incorporate practices that would improve and help end racial disparities in medical care. One first step, which is by no means easy, is taking note of their own implicit biases against people of color—numerous studies demonstrate presence of this bias. Advocacy for policy or market solutions that attack structural inequalities—such as environmental and reproductive injustice, housing insecurity and redlining, increasing income inequality, lack of paid family leave, and so on—will have a larger impact than any individual patient encounter will have. Many organizations already address some of these issues, and the addition of health-care provider voices will bolster their positions.

It is my hope that my colleagues join me in meeting the needs of our patients. As we broadly work to improve health outcomes for Black women, I will continue to celebrate that my patients increasingly have the ability to choose what type of care they wish to have—if any at all. They are exercising their right over their bodies, which is not a “waste,” but a long time coming.