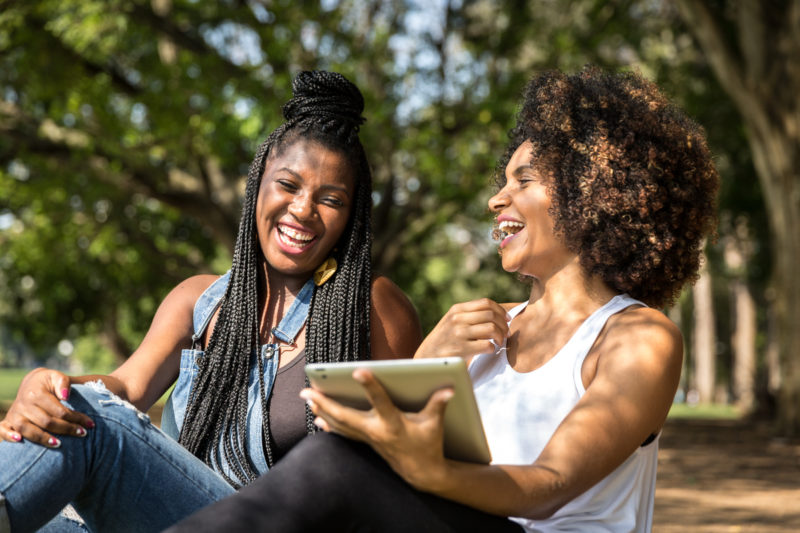 You just have to cowgirl up and ask the question anyway. Shutterstock

Hey, readers! I know Thanksgiving is a made-up holiday invented to sell pie and genocide, but I always appreciate a reminder to direct my attention toward gratitude. Is it too cheesy to say that I’m grateful for all of you? I feel honored every time a reader trusts me enough to ask for my advice, every time you give me a chance to guard your secrets, honor your truths, and tell you that you’re queer. And, of course—in this and every season—I’m thankful to be gay.

I’m a high school girl and I’ve recently come out as pansexual. Pretty much everyone has been accepting, even some of my friends who aren’t that supportive of the LGBTQ community. I’ve realized that I have a crush on one of my best friends, who is also a girl. She’s accepting of the community, but I don’t know if she’s straight. She’s never said anything about her sexuality. But I really, really like her, and I’m constantly thinking about her, and hoping that I could date her. But I’m scared that she’s not ready to have a relationship with anyone, or that she’s straight, or that she doesn’t like me that way and it’s going to ruin our friendship. What should I do?

You should ask her out! Yes, there are risks, but you’re never going to get dates if you let the potential for rejection scare you off. “No” is always a possibility, even from people who like girls. (My best friend in high school asked a guy to the Valentine’s dance only after his friends checked with him and confirmed that he would accept, and he STILL said no, because some people just want to watch the world burn). You just have to cowgirl up and ask the question anyway.

Don’t do anything elaborate, and definitely don’t ask her in a public place, where she might feel pressured to say yes at the risk of embarrassing you. Don’t worry about being clever. Her answer will not be determined by how creatively you ask, but by how she feels about you and the friendship you already have. Keep it low-key and direct: “Would you like to go on a date with me sometime?” It is really that simple. (Note that “simple” is different from “easy.”)

If she’s straight, or not interested in dating yet, or she just doesn’t feel the same way about you, it will of course be painful to hear. But it doesn’t need to ruin your friendship. Don’t freak out, don’t pressure her to change her mind, and remember that she doesn’t owe you her romantic attentions. It’s OK to take some time apart to let your feelings subside, but if you can keep your disappointment from festering into resentment, there’s no reason you can’t continue being friends with someone on whom you have an unrequited crush.

Now, if she says yes, that might eventually ruin your friendship. It’s pretty difficult to go from girlfriends back to pals if things don’t work out. But if you never did anything that stood a chance of ending badly, you’d never do anything. You can’t hit (consensually smooch) the ball (an enthusiastic romantic partner) if you don’t swing (ask her out) the bat (there is no bat in this analogy). Good luck!

I’ve considered myself bi now for about ten years, but I’ve only had one serious relationship with a woman. For the past two years, I’ve been in a relationship with a man on and off. Since we’ve been together, I’ve had a handful of intense sexual dreams about women. He and I are “off” again, and I had another dream.

I’m realizing I do like both men and women, but women bring out a stronger sexual passion in me. The only problem is, I don’t know how to talk to women, meet women, or know if they’re interested in women as well. The one girlfriend I had was the one to pursue me, but if I like a woman, how would I grab her attention? I’m into femmes, which means I have to be the one to chase them, right?

Here is the secret: No one knows how to talk to women, because there is no one way to talk to women. People of any gender who have romantic success don’t know any special moves you don’t. What they tend to have going for them is that they treat their dates as individuals, not as tally marks. They ask for what they want, but also pay attention and respect boundaries. They’re genuine and sincere. (Or they’re sexual Terminators who are very good at pretending to be sincere, but you don’t want to be one of those people.) And, of course, they take no for an answer. Aggressively trying to win over someone who’s already turned you down is a boner-killer not just to the object of your affections, but to anyone else who sees it.

You don’t need to practice your pickup lines in the mirror a hundred times—just go somewhere there are queer women and start a conversation. Ask your queer friends where they like to hang out, or just get Googling. Most big cities these days have everything from lesbian kickball leagues to queer book clubs, and even in a small town there’s probably a Facebook group where your local ‘mos chat about where they’re meeting up for coffee this weekend. The more queer folks you know, the more queer folks you’ll meet, and the more likely it is that some of them will be cute and single. You can also try dating apps, which will expand your social circle even if they don’t lead to true love. This is less of a thing in the hetero dating world, but in Queersville, a Tinder match you don’t click with could still end up being your new trivia buddy. Oh, and the more you’ll realize that stereotypes about femmes needing to be wooed are largely nonsense. Girls who have mastered the art of winged eyeliner and dancing in stiletto heels are tougher than a motherfucker and undaunted by the prospect of asking for your number.

I’ve been married to a man for almost three years. We’ve been together for more than 11 years, since we were teenagers. I realized I liked girls when I was 13 years old, but I never told anyone except my closest friends. I was scared to tell my parents, so I hid it for years and years. I dated guys instead, even though I felt no spark with them. Now I am 26 years old, married with three kids. I know I’m a lesbian, but I’m still afraid to come out. I feel trapped. I feel dead, like my life isn’t my life. I want to come out, I want to live my life again. But where do I even start without having to hurt anyone?

You are hurting someone right now: yourself. I know it can be easier to justify that—after all, you’re choosing the pain you put yourself through, whereas if you hurt someone else it would be against their will—but your suffering matters just as much as anyone else’s. Consider, too, that you cannot make the daily choice to inflict harm on a human being, including yourself, without it doing something to your soul. You may think you’re sacrificing your happiness for that of your husband and children, but the longer you remain alienated from your own life and feelings, the less you’ll be able to play the part of a devoted spouse and parent. I suspect that those relationships will deteriorate over time, and no one but you will know why.

If you leave your husband now—and you should—it will cause him acute pain. I’m not going to pretend otherwise, and I know that isn’t easy to stomach. But remember, too, that you will be releasing him to find someone who does feel a spark with him, who isn’t simply going through the motions. Better to end things now, with as much kindness and honesty as possible, than to drag both of you (and your children) through years of lies, disappointment, and heartache. You’re young. You have so many more years ahead of you in which to heal and seek joy. I’m of the opinion that it’s always too soon to give up on the life you want, but 26 is many, many decades too soon.

Miserable people spread misery. You will do the people you care about much more good, in the long term, by releasing yourself from this charade and living your real, authentic life. I know you can do it. I’ll be cheering you on.

Got a question? Email me: askaqueerchick at gmail.com. Questions may be edited for length and clarity. Send me your winter holiday questions (gift-giving, meeting her parents, coming out via Secret Santa, etc.) as soon as possible!!