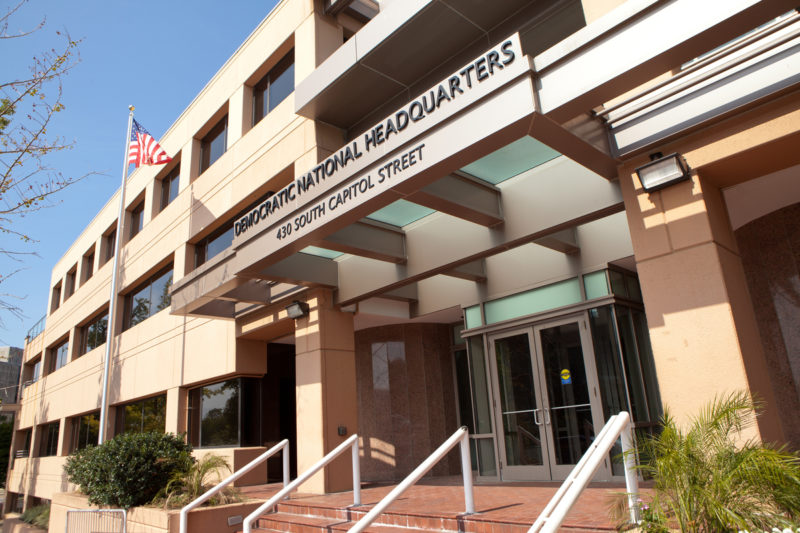 Democrats should run on bringing accountability to the rich—and then do it. Mark Van Scyoc / Shutterstock.com

Many election analyses in the Trump era pose false choices for Democrats seeking to gain control of the U.S. Congress. That’s especially true in the abundant category of commentary and analysis asking: “What should Democrats do?”

Consider some of the classics of the “advice” genre: “Democrats should focus on health care, not Russia” or, “Trump’s appeal was based on economics, not racism.”

In other words, authors posit overly provocative dichotomies or one-size-fits-all answers when the reality is that most of these “different” strategies are either complementary or at least not mutually exclusive.

That might be why the Democratic party is managing to do two things at once, but not necessarily in a good way. On the one hand, Democrats are running energetically. Charismatic first-time candidates, innumerable volunteers, and an increase in grassroots donations are features of races across the country. On the other hand, the party itself is in passive mode, having largely failed to offer any shared message beyond “Republicans will take away coverage for people with pre-existing conditions.” What’s happening on the ground appears to be in spite of the lack of party leadership, not because of it.

Protecting people with pre-existing conditions is obviously a powerful and authentic message with real-life consequences. All candidates ought to discuss how Republicans are an existential threat to health care, including individuals with pre-existing conditions. But as a message, protecting Obamacare and its protections is not expansive enough to attach to each day’s news hooks.

Yes, you can argue that it is challenging to create a broad national message because Trump is at the center of all political conversation, the Democratic Party lacks trusted leaders, the party’s diversity makes a single theme difficult, and the media environment is too splintered for a single message to resonate.

The one thing many leading commenters and consultants do agree on is that we are in a “populist moment,” even as the way they use the term “populism” often obscures more than it reveals; “populism” has become a mashup of distinct and discordant historical tropes.

But understood in its best sense, there is nothing more populist than using democracy to try to hold the powerful to account. Thus the populist moment suggests a campaign theme is possible, one that ties many issues together and can galvanize voters: Corruption and accountability.

Democrats should run on ensuring accountability for the rich and powerful, and then it should actually hold those actors accountable.

Such a theme is not just well-suited for elections in 2018, but for Democrats in Congress in 2019 and 2020, a Democratic Party presidential candidate in 2020, and a potential Democratic president taking office in 2021.

Accountability is a theme that connects Brett Kavanaugh’s confirmation and powerful men getting away with assault to private equity eviscerating iconic American companies (and the workers who actually made them great) like Toys “R” Us and Sears.

It taps into workers’ anger at bosses getting away with looting companies, the unsafe drinking water in Flint and elsewhere, the botched response to Hurricane Maria in Puerto Rico, the role of Wall Street in fueling the Great Recession, and so much more.

Even “Russiagate” fits within this roomy theme by arguing that no one—not even the president, or the valedictorian of Georgetown Prep—should be above the law. The rich and powerful should be held accountable every time they behave egregiously.

It’s an argument that the biggest problems in our country are not created by the weakest amongst us but by the most powerful. It centers a critical question: If things are broken, who had the power to break them?

That means that the rich and powerful should face more than just derision or handwringing—whether they are guilty of tanking the world’s economy by fraud in the housing market or of conspiring with the Russians to cheat in an election, jail should be a possible outcome.

That means when police abuse their power, we as a society will act as if Black Lives Matter and hold police to account when they break the law.

That means that we should listen to the voices of #MeToo and #BelieveSurvivors while punishing the powerful men the movement has exposed.

This is not to suggest that punishing law-breaking and immorality should be a partisan issue. It has not always been one. George H.W. Bush’s Justice Department was far more aggressive prosecuting the banksters of the 1980s “Savings and Loans” crisis than Barack Obama’s Justice Department was during the Great Recession. And of course, Democrats have also been guilty of their fair share of corruption.

For now, we face an enormous threat. It is not clear that there is any precedent in United States history for how completely the Republican Party has become the party of the rich and powerful and is covering up for rampant corruption and rampant abuses of power.

A former Chuck Grassley (R-IA) staffer who spent 34 years doing congressional oversight work for Republicans in Congress declared in a must-read essay that “oversight by Congress is a lost art. What Republicans have wrought is downright destruction. If Democrats retake either chamber of Congress in November, they are obligated to resuscitate that function Republicans have allowed to atrophy in service to their president.”

There are currently no congressional Republicans suing the president to prevent his alleged continued acceptance of bribes, otherwise known as “emoluments,” a fancy term in the Constitution that essentially means taking money from foreign governments to do their bidding, including, for example, Saudi Arabia.

Elected Republican oversight of the Trump administration has been essentially non-existent, and the key institutions of the far right (Fox News, talk radio, Breitbart) are no better.

Marginal Trump supporters and voters skeptical of both parties distrust absolute power in the hands of someone as obviously venal and histrionic as Trump. Running on the need for oversight of the excesses of Trump—as well as the excesses of plutocrats, polluters, and the like—would be responsive to real concerns.

And yet veteran Democratic pollster Celinda Lake cannot secure funding to poll whether Democrats should be discussing the Trump-Russia story and, if so, how they should make it meaningful to voters. That anecdote fits within a general lack of appreciation for oversight by the Democratic Party’s leadership. As the Los Angeles Times observed, “Democrats have occasionally sold themselves as a counterweight to Trump in Washington, but they’ve talked little about how, if they retake control of the House of Representatives, they could quickly rev up congressional probes that have withered under Republican leadership.”

That indifference to oversight is a mistake. Democrats should run on oversight of the powerful—and then, if they are accorded the majority, they should act on that promise by performing oversight of not just how Trump avoids paying taxes, but of how the rich in general do the same, as well as an array of other topics ranging from the Trump-Russia connections to how financial companies take advantage of the working poor in sectors ranging from housing and automobiles to for-profit higher education and payday lending.

Such oversight by Democrats would inform the platforms of presidential candidates and lay the groundwork for a potential administration in 2021 significantly more dedicated to reining in law-breaking elites than the Obama administration was.

Democrats should run on bringing accountability to the rich—and then do it. As Republicans seek to contest the mantle of “populism,” let’s have that contest be about a truer and purer form of populism—holding the powerful more accountable for their failings, rather than letting them behave with impunity.

Because in the long run a successful democracy cannot function if accountability for elites is a partisan issue.