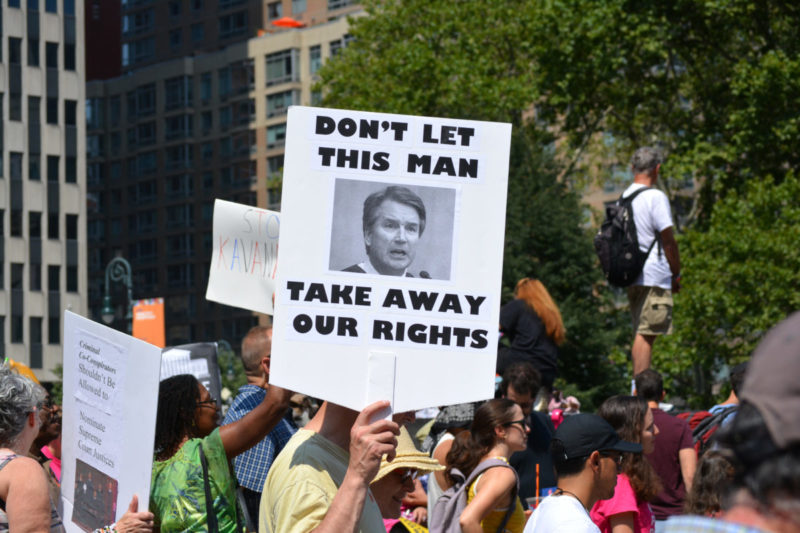 At issue are two Republican-backed Missouri restrictions nearly identical to Texas regulations the Supreme Court in 2016 declared unconstitutional in Whole Woman’s Health v. Hellerstedt. The restrictions require abortions be performed in hospital-like facilities and that physicians have admitting privileges at nearby hospitals in order to preform abortions. Christopher Penler / Shutterstock.com

A federal appeals court on Monday vacated a lower court order blocking two Missouri abortion restrictions that could close all but one of the state’s abortion clinics. If appealed, the decision could give the U.S. Supreme Court an opportunity to deal a legal body blow to Roe v. Wade.

At issue are two Republican-backed Missouri restrictions nearly identical to Texas regulations the Supreme Court in 2016 declared unconstitutional in Whole Woman’s Health v. Hellerstedt. The restrictions require abortions be performed in hospital-like facilities and that physicians have admitting privileges at nearby hospitals in order to preform abortions. Relying on Whole Woman’s Health, in April 2017 a federal court blocked the anti-choice restrictions in Missouri. Attorneys from the state of Missouri appealed to the Eight Circuit in May 2017, and on Monday the federal appeals court vacated the district court order, blocking the restrictions.

“Look no farther than Missouri to see what kind of harm courts can inflict on women’s rights and freedoms,” Dawn Laguens, executive vice president of Planned Parenthood Federation of America, said in a statement. “The Eighth Circuit Court of Appeals once again ignored Supreme Court precedent and what is already settled law. Despite a Supreme Court ruling striking down virtually identical restrictions in Texas, judges in the Eighth Circuit continue to rewrite the books on abortion access.”

The Eight Circuit on Monday attempted to distinguish the Missouri challenge from Texas, and signaled to attorneys from the state how they could succeed in defending the anti-choice laws at the Supreme Court.

“Perhaps there was a unique problem Missouri was responding to under its inherent ‘police power,’” the unanimous panel of judges wrote. “Such a problem may require a different response than what was needed in Texas, and the Hospital Relationship Requirement may be appropriate given ‘[Missouri’s] legitimate interest in seeing to it that abortion, like any other medical procedure, is performed under circumstances that insure maximum safety for the patient.'”

This is the second time the Eighth Circuit Court of Appeals has tested the reach of the Whole Woman’s Health precedent. In 2016, relying on Whole Woman’s Health, a federal district court blocked an Arkansas law restricting medication abortion, but in 2017 a unanimous panel of judges from the Eighth Circuit vacated that decision, ruling the lower court hadn’t properly balanced the benefits of the restriction to the burden on abortion rights it creates. The Supreme Court in May allowed that Eighth Circuit decision to stand. A lower court in June again blocked the Arkansas GOP’s restrictions while the lawsuit challenging them continues.