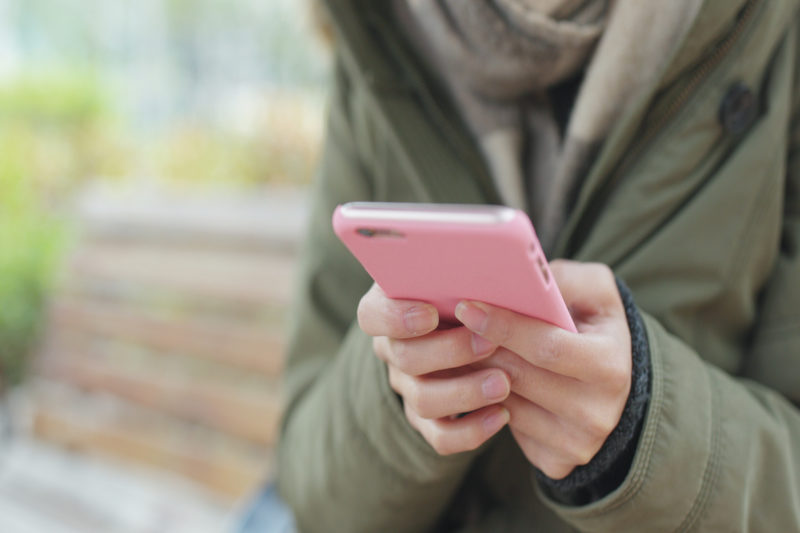 A variety of apps help track body signs associated with fertility. But Natural Cycles ventures into new territory with its recognition as a birth control method that its makers imply is on par with effective contraception methods. Shutterstock

Almost a decade after Apple promised that “there’s an app for that,” many of us are living the app-based life the tech giant promised: We have apps for our calendars, budgeting, and ordering takeout. We are particularly fond of apps that help us strive toward better health by mapping our runs, counting our steps, tracking our calorie intake, or buzzing when it’s time to drink another 8 ounces of water.

Still, it was a surprising first for many health-care providers last month when the Food and Drug Administration (FDA) approved an app as a birth control method. The brainchild of a Swedish company, Natural Cycles tracks information about menstrual cycle and helps users determine their most fertile days (when they are supposed to avoid intercourse or use a back-up method). Without making direct comparisons, its website claims effectiveness rates close to or slightly higher than the pill.

We usually think of birth control methods as tangible objects that we can see or examine—the condom, that pill that you swallow every night, the piece of plastic inserted into someone’s upper arm.

Can an app really be a method of birth control, and should we trust something as important as avoiding unintended pregnancy to our smartphone?

What are Fertility Awareness-Based Methods?

Though it might seem like a matter of semantics, Natural Cycles or any of the other birth available control apps are not their own method per se. Rather, they are tools to help women use various fertility awareness-based methods (FABMs).

While the fear of an unintended pregnancy can be constant, there are actually only a few days in any given menstrual cycle that fertilization can happen. An egg is only viable for about 48 hours after ovulation, and sperm can survive in the reproductive tract for about five days. That leaves a window of six days give or take, in which pregnancy is possible.

The age-old idea behind FABMs is that if you can accurately identify those fertile days and avoid sex during them (or use a back-up method), you can avoid pregnancy.

Finding that window, however, is complicated. At its most basic, it requires tracking menstrual cycles for at least six months to be able to predict their timing. Just logging one’s periods, however, isn’t very effective. We used to call that the rhythm method, which has a failure rate of about 24 percent. More sophisticated FABMs have the user collect certain biomarkers.

FABM users have to track these markers for a few months (while using another method of birth control) in order to be able to have enough information to make predictions about fertile days.

People have been doing this for years using charts and graphs and some potentially complicated calculations. Some apps merely replace the paper and pen—they store the  information the user puts in, but the user is still responsible for analyzing it. Others, like Natural Cycles, use their own algorithms to interpret the menstrual data for the user and determine the safer and not safe days.

Every contraceptive method—whether it’s a barrier like a condom or a mathematical equation like FABM—has two effectiveness ratings. There’s the perfect use rate, which shows how well the method can work if the user follows all the steps and never forgets to use it. And the other, referred to as the typical use rate, shows how well the method usually works in real life because we all make mistakes.

Efficacy can be expressed as a success rate (the pill is 91 percent effective in typical use, according to the Centers for Disease Control and Prevention) or a failure/pregnancy rate (the typical use pregnancy rate of the pill is 9 percent). This means that out of 100 couples who rely on the birth control pill for contraception, nine of them will experience an unintended pregnancy in the first year of use. But remember that’s typical use, which means that at least some of those nine may have made mistakes like not taking the pill every day.

Natural Cycles won FDA approval based on studies that suggest it has a 93 percent effectiveness rating, but a recent review of studies on FABMs suggests that they may not be methodologically sound. Chelsea Polis, one of the authors of that review and a senior research scientist at the Guttmacher Institute, told Rewire.News: “Our systematic review found that for most FABMs, there are a small number of effectiveness studies, and those studies range from low to moderate quality.”

Polis told Rewire.News: “The estimates in our review are helpful since they represent the best currently available data, but people interested in using FABMs should be aware that the current evidence base is limited, especially in comparison to other contraceptive options. This means that current estimates of FABM effectiveness may change as additional studies are done.”

Polis has seen some companies use the results from lower-quality studies to market their product in ways that significantly overestimate its efficacy. Take Daysy, an app similar to Natural Cycles in that it relies on basal body temperature and an algorithm. The company uses an analysis it published that found the app to be 99.4 percent effective.

Polis says this is misleading and published a commentary that questions the study’s methodology and findings earlier this year; among other concerns, she argued that the study excluded women with the least experience using the app and therefore didn’t record data from those most likely to misuse it, probably missing some unintended pregnancies.

“The company that sells the Daysy device has relied on deeply flawed science and unethical marketing practices to sell their fancy thermometer. Despite the company’s claims to the contrary, there are no reliable studies on the effectiveness of Daysy. Using a poorly tested device means gambling with a potentially higher chance of unintended pregnancy.”

Despite all of this, Polis is not opposed to having app-based methods like Natural Cycles win FDA approval.

First, she says it creates a regulatory pathway for these types of methods where none had existed in the past. And she believes that women need as many contraceptive options as possible.

“I support the right of people to choose the contraceptive option(s) that they prefer, and I think it is the responsibility of the scientific and medical communities to make sure people have clear, accurate information about the advantages and disadvantages of their options. We need to support and empower people to make the best decision for themselves.”

Is This a Step Away From Modern Methods?

Others, however, are less excited to see birth control move digital. Dr. Lauren Streicher, a professor of clinical obstetrics and gynecology at Northwestern University’s Feinberg School of Medicine, told Vox of the FDA approval, “This isn’t science; this is craziness. We’ve already developed good, safe, reliable methods of contraception that are available to us. This app is completely taking women back in time.”

She went on to explain, “What we know about reliable contraception is that it can’t be user-dependent. Long-acting ones like [intrauterine devices (IUDs)] and implants will be the most reliable. The minute you rely on action, the efficacy goes down. So take something like this and you know the failure rate is gonna be sky-high.”

Streicher is right. Efficacy rates are much better for methods that require little to no effort on the part of the user. The contraceptive implant is 99.9 percent effective, and two of the available hormonal IUDs aren’t far behind. And the typical and perfect ratings for these methods don’t vary because once they are put in place by a health-care provider, the user has nothing to do.

The prediction of sky-high failure rates may be an exaggeration, but the Swedish equivalent of the FDA is investigating Natural Cycles after the largest hospital in Stockholm reported 37 pregnancies among women who cited the app as their method of birth control.

There are also people for whom FAMB methods might be less reliable from a biological perspective, such as those with polycystic ovary syndrome, an often-undiagnosed disorder that can cause irregular periods. This method also only works for who can control whether they have sex on fertile days.

This may be where apps truly differ from those tangible contraceptives that we can hold in our hands. While we rely on our IUD to work without a second thought or the implant to release its hormones automatically, the Natural Cycles app is just the tool regardless of what the FDA may now call it.

Choosing the tool with the best evidence of effectiveness is a good idea, but remember that you are really relying on yourself—especially if you’re not using a long-acting reversible form of contraception such as an IUD or implant. With an app particularly, you are relying on your own ability to collect and input all the data accurately—without letting yourself off the hook for one or two or a few days when you forget to record your temperature. And you are relying on the willingness of both you and your partner to avoid sex (or use a backup method like condoms) on the days the app says are not safe.

If you think you (and your partner) can handle it, great. Do your best. And remember if it gets tough, there are other methods that are far easier to use. While apps may make our lives easier, this form of “digital birth control” may be the most labor-intensive method of them all.