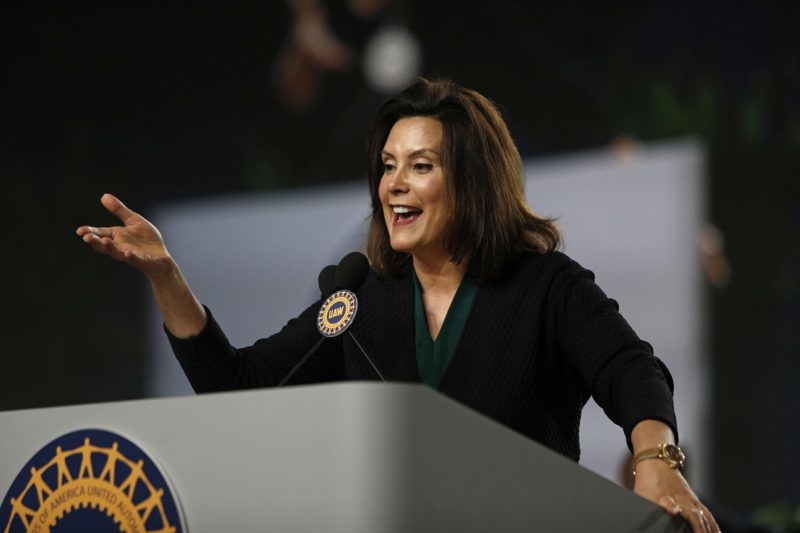 Gretchen Whitmer has vowed to "work fiercely to defend the rights of every Michigan woman, including women’s access to all forms of reproductive care and contraception." Bill Pugliano/Getty Images

According to unofficial election results from the Michigan Secretary of State’s office, Whitmer won a decisive 54.3 percent of the votes in the primary, while former Detroit health department director Abdul El-Sayed came in second with 29.8 percent of votes. Businessman Shri Thanedar came in third with 15.9 percent of the vote.

Whitmer was endorsed in the primary by several pro-choice organizations, including Planned Parenthood Advocates of Michigan and EMILY’s List. She gained national attention when in 2013 she told the story of her own sexual assault while opposing an ultimately successful Republican measure banning insurance coverage for abortions without exception except for life endangerment and requiring the pre-purchase of additional insurance riders for abortion care in cases of sexual assault, also known as the “rape insurance” bill. Whitmer later introduced legislation to repeal the measure, and she has vowed on the campaign trail to support the law’s appeal if elected.

Stephanie Schriock, president of EMILY’s List, lauded Whitmer’s win in a Tuesday evening statement. “Gretchen is a lifelong Michigander who understands the biggest challenges facing the state,” said Schriock. “She has consistently worked across party lines to find solutions that improve the lives of the people of Michigan and has been an unwavering advocate for access to affordable health care, women’s reproductive rights, and an economy that works for the middle class.”

Though both Whitmer and El-Sayed had long vowed to increase access to reproductive health care in Michigan if elected, the push to protect abortion rights took on renewed urgency for both campaigns after President Donald Trump nominated Judge Brett Kavanaugh to the U.S. Supreme Court. Amid fear that Kavanaugh could be the deciding vote that ultimately criminalizes abortion, the state’s Democratic gubernatorial candidates unveiled plans to protect access to abortion care regardless of the court’s actions.

In a earlier statement announcing her plan to safeguard reproductive rights and access to care, Whitmer vowed to “work fiercely to defend the rights of every Michigan woman, including women’s access to all forms of reproductive care and contraception.”

El-Sayed’s loss comes despite a wave of progressive support. He had earned the backing of New York Democrat Alexandria Ocasio-Cortez—who recently unseated U.S. Rep. Joe Crowley in the 14th District primary—and Sen. Bernie Sanders (I-VT). But even before the high-profile progressives made their push, national progressive groups also lined up behind the candidate. Democracy for America, which has 68,405 members in Michigan, endorsed El-Sayed in April. He was also endorsed by Justice Democrats, Our Revolution, and the Progressive Change Campaign Committee (PCCC).

“The victory was not ours today, but the work continues,” said El-Sayed in a series of Tuesday evening Twitter posts that congratulated Whitmer on her win. “Tomorrow we continue the path toward justice, equity, and sustainability.”

El-Sayed’s platform included a proposal for a single-payer health plan. It would have covered maternity and newborn care, as well as reproductive services and family planning, as Rewire.News reported when the plan was announced in June. Whitmer’s campaign did not answer a Rewire.News question at the time about whether she supports single-payer health care. She has, however, accepted campaign funding from the health insurance industry. Thanedar claimed to support “Medicare-for-All” but provided murky details about what that meant to him to the Intercept.

Whitmer will face Republican Attorney General Bill Schuette in the November general election. Schuette was endorsed by anti-choice organization Right to Life of Michigan PAC in April, and he also had the backing of both President Donald Trump and Vice President Mike Pence in the primary.

Though Schuette wouldn’t directly answer a recent question from the Detroit News about whether he would enforce what is currently a “zombie law” criminalizing abortion in Michigan should Roe v. Wade be overturned, his campaign did say that “as governor he would enforce the laws on the books, just as he does now as attorney general.” His campaign site also touts his record as a “defender for the rights of the unborn.”