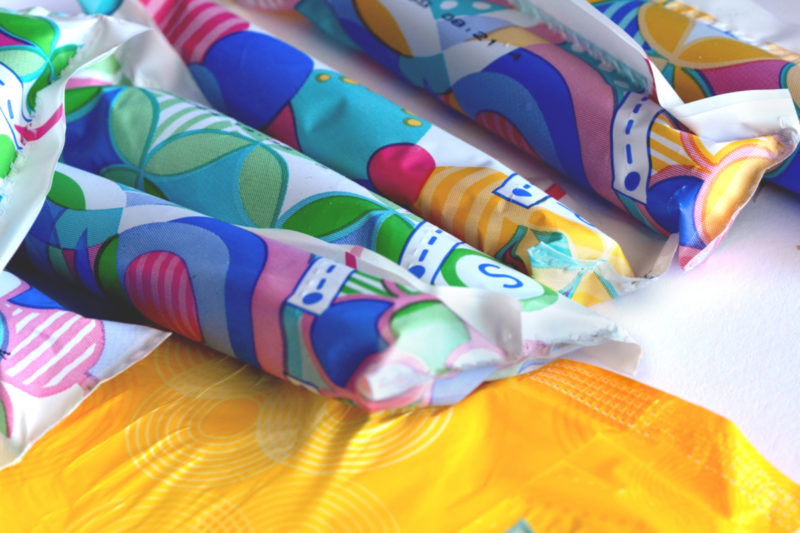 TSS is a serious issue, but it is very rare—it occurs in about 1 in 100,000 menstruating women. Shutterstock

This Week in Sex is a summary of news and research related to sexual behavior, sexuality education, contraception, sexually transmitted infections, and more.

In March 2017, Canadian high school student Sara Manitoski died in her sleep while on a school trip near Vancouver Island. This week the coroner’s report revealed that the cause of death was toxic shock syndrome (TSS), a rare condition that can be linked to the use of tampons. Experts say women should use this death as a reminder to take precautions (like changing tampons more frequently), but that no one should panic because TSS remains rare.

The coroner blamed the death on TSS after discovering a type of staphylococcus aureus bacteria on the tampon that was in Manitoski’s body at the time of her death. The report noted that Manitoski, who was 16 at the time, had complained to friends that she had cramps and was not feeling well the night before she died, and that the skin on her neck, chest, abdomen, thighs, and upper arms was red. These are both possible symptoms of TSS.

Toxic shock syndrome is caused by an overgrowth of bacteria—usually a form of staphylococcus or streptococcus—that release toxins, causing a drop in blood pressure that then deprives vital organs of oxygen. TSS can be the result of recent surgery, open wounds, cuts, or burns.

It is also linked, however, to the use of tampons because the bacteria that can release toxins are often naturally present in a woman’s vagina. Using tampons—especially overly absorbent tampons—can create an environment that makes the bacteria overgrow and allows the toxins to penetrate through the vagina into the rest of the body. TSS related to tampon use is more common in young women ages 15 to 25, which may be because younger women are less likely than older women to have developed antibodies against staphylococcus aureus.

There was a rise in TSS cases in the 1970s and ’80s when some brands came out with superabsorbent tampons, but those have since been taken off the market. Experts recommend that women who use tampons choose the lowest absorbency possible for their flow, change their tampon every few hours, and choose pads over tampons at night. Some experts even recommend alternating between pads and tampons every other day during menstruation.

Bottom line, there is no need for panic or to throw out your variety pack of Playtex, Kotex, or Tampax, but caution in the form of frequent tampon changes is always good.

Attorneys for singer Usher asked a Georgia court last week to dismiss a lawsuit brought by Laura Helm, who says the Grammy winner had a duty to tell her before they had sex that he had herpes. An earlier suit brought by Helm was dismissed without prejudice, and Usher’s attorneys believe this one should be as well. But legal experts say that the law is not on the singer’s side.

Helm says she tested positive for herpes simplex virus (HSV)-2, the virus that causes most genital herpes, after she read online reports that Usher had been diagnosed with the virus. The current lawsuit seeks unspecified damages for negligence, fraud, battery, and intentional infliction of emotional distress. (The lawsuit she filed last year asked for $20 million.)

Usher’s attorneys say the lawsuit has no merit because Helm cannot prove that she did not have asymptomatic Herpes before sleeping with Usher. Moreover, they say that the singer had no “duty of care” to inform her of his herpes status.

Michelle Fabio, a lawyer and contributor to Forbes, says that the law is not on Usher’s side. In one previous case about herpes, Georgia courts ruled that partners do owe a “duty to exercise ordinary care not to injure others.” Fabio believes that the case will not be dismissed and that the singer will likely settle with his accuser, which he has done with other women making similar allegations in the past.

Public health experts worry about the message that gets sent when people are penalized for transmitting STIs. One fear is that it will increase the stigma and shame around these diseases. Fred Wyand, communications director for the American Sexual Health Association (ASHA), told Rewire.News in an email, “The biggest fear is that and that people will stop getting tested for STIs so that they cannot be blamed for knowingly transmitting a disease.” Testing and treatment, even for STIs that cannot be cured, are critical to preventing the further spread of infection.

Of course, experts agree that talking to your partners and being honest about your sexual health is important. Wyand told Rewire.News, “We do encourage partners to have discussions but to make it in a broad context of sexual health to include things like contraception and boundaries. One reason it’s important to discuss HSV is because research shows that partner communication is strongly linked to a reduction in HSV transmission.”

Herpes is very common. The World Health Organization estimates that two out of three adults younger than age 50 had HSV-1 as of 2012. That’s 3.7 billion people worldwide. And, here in the United States, the Centers for Disease Control and Prevention estimates that about one in six people between 14 and 49 years old has HSV-2. The virus causes potentially painful sores to break out on a person’s genitals. While some people only ever have one outbreak, others can have recurring outbreaks throughout their lives. Antiviral medication can reduce the frequency of outbreaks and lessen the severity of symptoms, but once a person has been infected, the virus is with them for life.

Two other women also filed lawsuits against Usher last summer. While it is nearly impossible to prove that they got the virus from the R&B star and not years ago, from a doctor, plumber, or computer programmer, it looks like Usher will be on the hook nonetheless. We here at This Week in Sex would like to suggest that the star start using condoms—using condoms consistently and correctly can reduce the risk of this and other STIs. If you’re a celebrity, they might also reduce the risk of you getting sued.

For months, Kayla Rahn, a 30-year-old woman from Alabama, had unexplained stomach pains and weight gain. When the pain landed her in the ER at Jackson Hospital in Montgomery, Alabama, she learned that her issues were caused by an ovarian cyst that would later weigh in at a whopping 50 pounds. Her doctor said it was the largest cyst he had ever seen or removed (though records suggest the largest ovarian cyst ever found weighed over 320 pounds).

The cyst was found to be a mucinous cystadenoma, which develops from the cells of the outer layer of the ovary known as the epithelial. This is a less common type of ovarian cyst that can grow large but is usually benign as it was in Rahn’s case. More often, women get ovarian cysts from something going awry during the menstrual cycle—follicle cysts form when the egg doesn’t break out of the follicular sac and the sac fills with water, and corpus luteum cysts develop when the sac reseals itself and fills with water after the egg is released. Other types of ovarian cysts can lead to ovarian cancer.

Ovarian cysts don’t always have symptoms. If they do, it often comes in the form of pain, pressure, or bloating on either side of the lower abdomen. Sometimes the weight of an ovarian cyst can cause the ovary to twist around, which can cause pain with nausea and vomiting. Ovarian cysts can also rupture, which can cause sharp, sudden pelvic pain.

Last year, I, too, ended up in the ER in severe pain because of what turned out to be a follicle cyst on my left ovary. I had some stomach pain for about two (OK, maybe three) weeks before this. I had actually seen my primary care doctor, but we were both willing to dismiss it as symptoms of irritable bowel syndrome and a reason to see a gastroenterologist. Before I made it to what would have been the wrong specialist, the pain became unbearable. Middle-of-the-night surgery removed a cyst the size of a golf ball, my left ovary that had died under the twisting weight of the cyst, and both of my fallopian tubes (so that I could stop relying on the pill for birth control since I have all the kids I want).

She who lives in a glass house should not cast stones, but if a seven-centimeter tumor caused me that much pain, I can’t imagine how uncomfortable Rahn must have been by the time they removed a tumor that weighed more than my standard poodle.

Rahn told the local news channel that she hopes her story can help others seek help sooner when something feels off, and I would have to agree. If something hurts or just generally feels off, it’s a good idea to get it checked out.