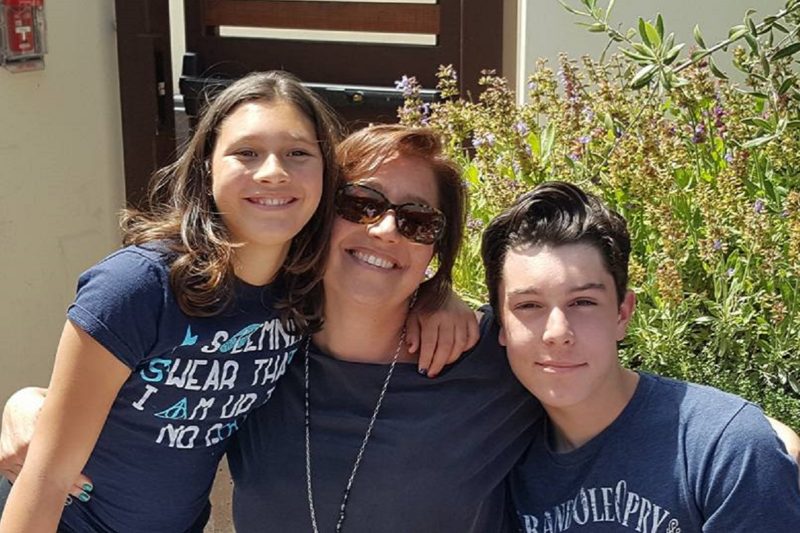 On this Mother’s Day, I want my kids to know that their reproductive lives will bring joy and pain, fulfillment and disappointment, and, yes, sometimes regret. And that's just what it means to be human. Courtesy of Rana Barar

I had an abortion three years ago last month.

I didn’t remember the precise date until Facebook presented me with a memory of something I posted thanking my friends and family for their support after my abortion.

This year, it struck a chord in a way I wasn’t expecting. I don’t mark the anniversary of the day I terminated my pregnancy. I was 40 years old, my family was complete, and my husband and I made the decision easily and without angst. I’ve previously written about how uncomplicated my decision was, how I made it for my kids, for myself, and for that baby-to-be. I think about abortion a lot. I run research studies that examine the effects of abortion on women’s lives, but, like many of the one in four U.S. women who will have an abortion during her reproductive life, I don’t think about my own abortion much.

But as we approach Mother’s Day, I am.

At this point, I imagine those readers who support the right of women to have an abortion are getting a sinking feeling, anticipating a story of abortion regret. Those who oppose abortion are getting a little excited about the prospect of a pro-choice feminist seeing the light. As with everything that has to do with the politicized conversation about abortion, women’s stories are, and my story is, more complicated.

I’ll skip ahead for a minute to say that, overall, I don’t regret my abortion. In that, I am like most women who have made the same choice I did. For the approximately one-third of women who reported feeling some regret about their abortion in a study tracking longterm emotional responses to ending a pregnancy, almost all of them also say that abortion was the right decision for them given their circumstances at the time. Researchers who have examined abortion regret more closely find that most women’s regret about their abortion stems from the circumstances that put them in the position to make that choice, not from the choice itself. A partner who becomes unsupportive, or even abusive, in the face of an unintended pregnancy, a family that turns its back: Those are the things that women regret.

Like me, many women are not conflicted about their decision to terminate a pregnancy. A significant proportion of women, however, report feeling both positive and negative emotions about their abortion. Happiness and sadness co-exist. Anyone who has ever had to make a weighty decision, like whether or not to get married or to have major surgery, knows that feeling.

Three years ago, I saw the paths ahead of me fairly clearly—the sleepless nights; the attention taken away from my older children; the vomit and poop; the strain on my marriage versus the ability to focus on my work, on my two beautiful children, and on my life. As the circumstances of my life have shifted over the past three years, I see those paths somewhat differently. I see more nuance, more potential joy where I thought there was only drudgery, more rough waters where I thought there was only smooth sailing. My family has changed, and I find myself thinking more evenhandedly about what a baby might have brought to my life. I have watched friends struggle both with new parenthood and with infertility, I have watched new marriages born and an equal number crumble. The decision I made three years ago looks different now through the filter of those changes. Not better or worse, just different.

I set out to write this Mother’s Day piece about how I told my kids about my abortion, and to encourage others to do the same. I told my son, who was 13 at the time, that I was having an abortion a few days before the procedure. I explained to him that contraception can fail and even someone who knows a lot about reproduction can get pregnant unexpectedly. I told him that while I was sure I would grow to love a new baby just as much as I loved him and his sister, I also feared I would resent the havoc it would wreak on all our lives, and the attention it would take away from them. He wanted to know if I would be OK, if it would hurt. I waited to tell my daughter, who was 9 at the time, until my story was going to be on the local radio.

I might also tell them that while I wouldn’t trade the two of them for anything, I do sometimes wish I would have waited longer to embark on the adventure that is parenthood. I would tell them that adult decisions are complex and bring with them complex emotions that can shift over time in response to the ways in which life shifts.

In the month since my marking the anniversary of my abortion, I have been binge watching Call the Midwife. Set in London’s East End in the late 1950s, the show follows the Nonnatus House nuns and midwives who care for the women, men, and children of a neighborhood untouched by the post-WWII economic boom. The show demonstrates that pregnancy, birth, miscarriage, stillbirth, infant death, infertility, and abortion co-exist in a reproductive continuum that sparks joy and relief, as well as sadness and regret, often simultaneously. Pregnancy has never just meant a squealing infant placed in a serene mother’s arms. My decision to have an abortion exists in the arc of my reproductive life story, just like my decisions to carry my two previous pregnancies to term. All of these decisions are multidimensional, they are all weighty, and yet they are mundane in that women throughout time have had to make them.

The regulations placed on access to abortion, by contrast, focus on regulating our regret. Laws requiring waiting periods, “informed” consent scripts (which often contain false information), and mandatory ultrasound viewing are passed under the auspices of making sure women don’t make hasty decisions that they might later regret.

I do not regret my abortion. If I had it to do over, or if I had to make the same decision again today, I would still choose not to have a baby. And I remain firm in my conviction that, in the context of abortion, regulating regret is unnecessary, patronizing, and just plain impossible.

On this Mother’s Day, I want my kids to know that their reproductive lives will bring joy and pain, fulfillment and disappointment, and, yes, sometimes regret. I want them to know that parenting takes many forms. It can be the aunt who has been a calm, loving presence in their lives during a tumultuous time or the grandparents who love them beyond measure.

I want my kids to know that motherhood encompasses a range of experiences, some of them joyful and others not. For every mother we celebrate on Mother’s Day, there is complexity in her experience, paths not taken, dreams both fulfilled and left behind. That is just what it means to be human.