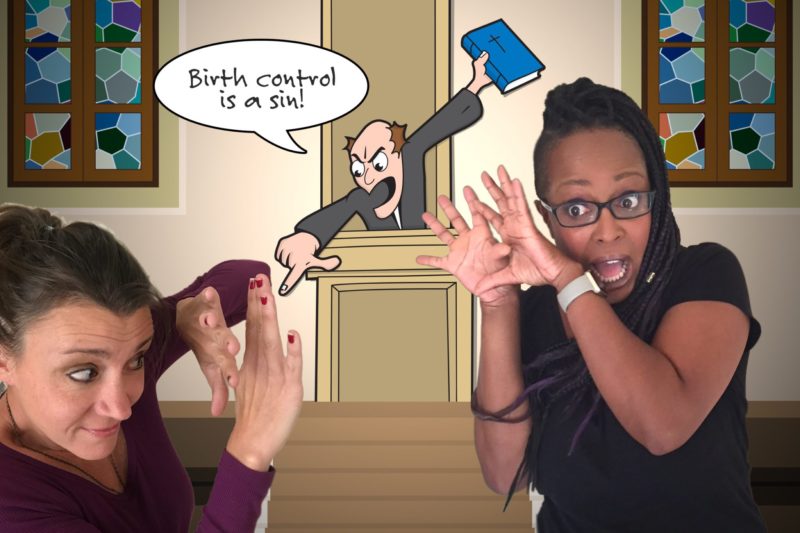 Jessica Mason Pieklo and Imani Gandy are back to discuss how a few key clauses in the U.S. Constitution are being deployed in new lawsuits to fend off the latest attacks on sexual rights and the Affordable Care Act’s birth control benefit. Plus, satanists fight for abortion rights in Missouri and Imani reads the latest listener reviews.

I’m super excited that [the] Center For Reproductive Rights, and the ACLU are making this argument in their lawsuits. One of the reasons this argument hasn’t been made before is because hardly anyone was stepping up to say, “This religious exemption is a burden on me.” Students at Notre Dame did. I think they intervened in that lawsuit, but that’s it; there were no plaintiffs that actively sued. Now, multiple students are, and it’s very exciting.

These students and workers are suing in their own right. They’re challenging the Trump administration’s attempt to roll back the birth control benefit by arguing that the attempt favors those religions that object to reproductive autonomy, and gay people, and contraception, and abortion, and you get the idea.

Jess: Right, so the Establishment Clause says that if the government is going to do a thing—like pass a law that has a predominant purpose and effect of advancing a particular set of religious beliefs, in this case, Evangelical Christianity, and those who think that the pill is the same as having an abortion—it’s an official government endorsement of that particular religious belief, or organization. Also, it fosters an excessive government entanglement with that religion.