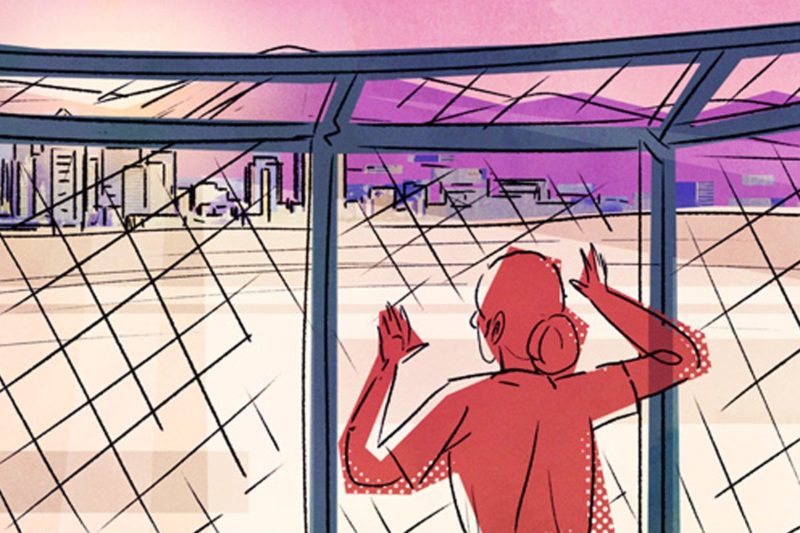 "Because I was a minor, I was taken to an immigration shelter instead of a detention center." Pablo Leon / Rewire

Immigration has become one of the most polarizing issues facing the nation, and few U.S. citizens understand how complex the system is, how it operates, or the lives of those whom it ensnares.

In part one of illustrator and designer Pablo Leon’s “The Journey,” a comic created for Rewire, we learned why Linda (a pseudonym) migrated to the United States. In part two, we find out about the young migrant’s detainment.

Adult migrants caught attempting to enter the United States by Border Patrol are funneled into detention centers, which are essentially prisons that operate at reduced standards and are known for human rights abuses and in-custody deaths. Children like Linda are sent to shelters where they await the arrival of a parent or guardian. But as Linda points out, unlike detention centers, these shelters attempt to provide immigrant youth with some semblances of comfort.

At the end of the day, though, children cannot leave the “shelters” and find themselves in prison-like conditions as well.