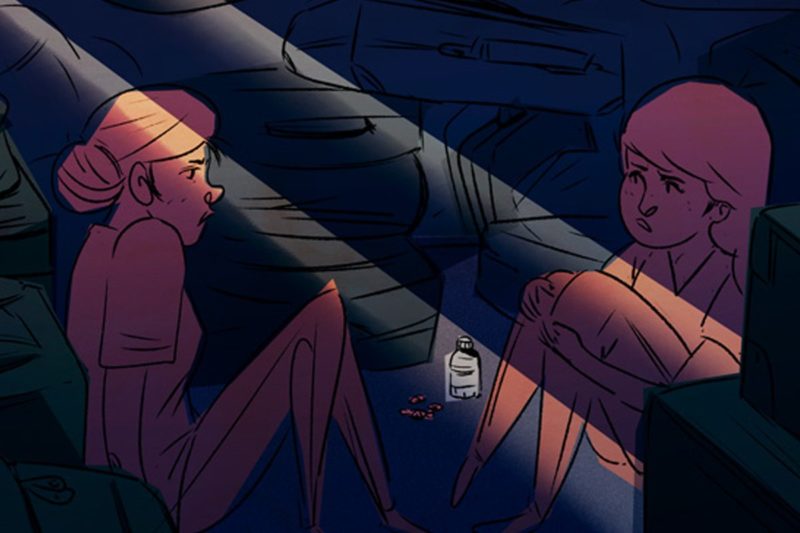 "My name is Linda. I migrated into the United States alone when I was 11 years old to be reunited with my parents, who had come many years before."

In “The Journey,” a comic created by illustrator and designer Pablo Leon for Rewire, we meet Linda (a pseudonym), who at 11 years old is migrating alone from Guatemala to join her parents in an unfamiliar country. Linda is simply another “unaccompanied alien child,” a youth migrating without their family, according to U.S. Customs and Border Protection. But in “Part I: The Crossing,” we learn of all that came before Linda’s journey, and all that it required of her.

In today’s political climate where anti-immigrant hate speech is increasingly normalized, Linda’s story is needed, Leon explained to Rewire. “This is the best time to put these particular narratives out there, [to help] people understand that things aren’t so simple,” Leon said. “It’s not a happy story, and comics that tell similar narratives can help break down these walls and allow readers to empathize.”