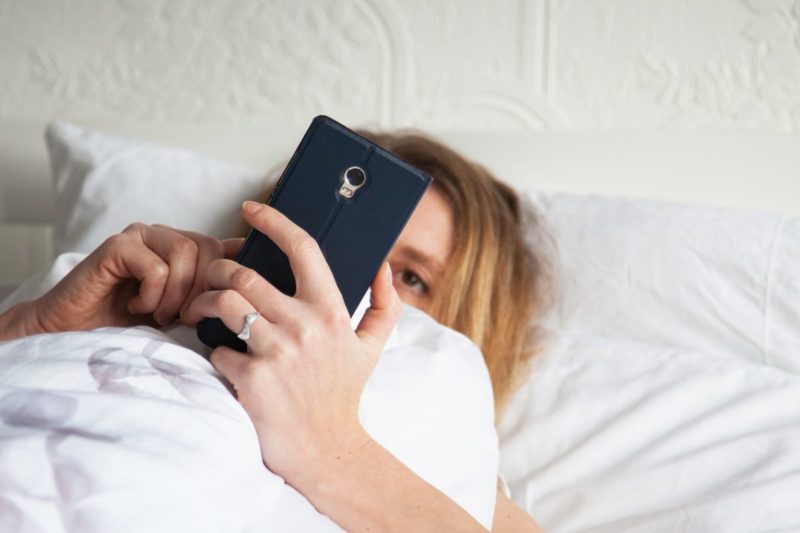 A recent study, published in Computers in Human Behavior, suggests that sexts between consenting adults, especially those in a committed relationship, can be a good thing. Shutterstock

Sexting May Not Be All Bad

Sexting can get you in trouble. Just ask former U.S. Rep. Anthony Weiner; his alter ego “Carlos Danger;” or former Alabama Gov. Robert Bentley, whose wife busted him after discovering his text declarations of love and desire to an employee.

But a recent study, published in Computers in Human Behavior, suggests that sexts between consenting adults, especially those in a committed relationship, can be a good thing.

Psychologists surveyed 352 college students; 62 percent of them said that they had sent or received texts with a sexually explicit image at some point. Of these sexters, 56 percent reported sexting with a committed partner and 44 percent with a casual partner. About half of those who sexted reported a positive emotional or sexual consequence while only 11 percent reported negative consequences.

But sexting isn’t always fun and flirtatious. Dr. Michelle Drouin, one of the article’s authors and a psychologist at Indiana-Purdue University Fort Wayne, told PsyPost that “many people experience regret or worry about the pictures they have sent to recent partners, and some even report discomfort and trauma at the time they sent the pictures.”

“Gee, men and women sure are different” was the theme of much of our entertainment in the 1990s. Think about the best-selling self-help book, Men Are From Mars, Women Are From Venus; the sitcom The King of Queens; the play Defending the Caveman; or any number of stand-up comedy acts. As horrifyingly sexist and stereotypical as it sounds, sometimes scientific studies confirm that men and women sure are different.

Let’s look at a study on making up after a fight. Researchers at Bucknell University in Pennsylvania conducted their survey in two stages. First, they asked 38 women and 36 men ages 18-54 to each name five acts that their peers might do in order to reconcile with a partner after they’d had a fight. The researchers then combined similar responses to come up with a list of about 20 behaviors such as: gift-giving (flowers, etc.); nice gestures (favors, compliments, doing chores, etc.); saying yes to anything or giving in; spending time together; waiting for the partner to apologize; making them laugh or being silly; and sex, among others.

This list was then given to 164 participants in the second half of the study who were asked to rank (on a scale of one to seven) how effective each one would be if a partner used it to reconcile with them.

Overall, the most mature routes of communicating—apologizing, forgiving, compromising, and spending time together—were rated as the most effective forms of reconciliation. But again, not surprisingly, there were some differences between men and women. Specifically, men rated a partner doing nice gestures or giving sex or sexual favors as more effective in helping them reconcile than women did. In contrast, women rated taking some space or their partner just spending time with them, apologizing, and crying as more effective than men did.

The findings were published in the journal Evolutionary Psychological Science. And interesting as they may be, we’re pretty sure they still don’t support the theory that men and women are literally or figuratively from different planets.

Coffee can help you wake up, but if you happen to be drinking a cup of New of Kopi Jantan Tradisional Natural Herbs Coffee, certain parts of you may wake up more than others.

According to an FDA statement, this ingredient can have a dangerous interaction with nitroglycerines, which are common in prescription medications for diabetes, high blood pressure, or high cholesterol. An interaction between these drugs and the chemical compound found in this unique blend of coffee could cause dangerously low blood pressure.

Albert Yee, the founder of the Texas-based company that imports the coffee, told the Washington Post that the drink is popular in Malaysia and he wanted to bring it here. It is made with the tongkai ali root, believed to enhance sexual performance—and the subject of other recalls.

His hopes for a thriving coffee business deflated under FDA scrutiny. Not only did the coffee contain this chemical compound, it contained milk, which was not disclosed as an ingredient.

Yee voluntarily recalled the coffee, which he had sold online between July 2014 and June 2016, and since has announced his retirement.