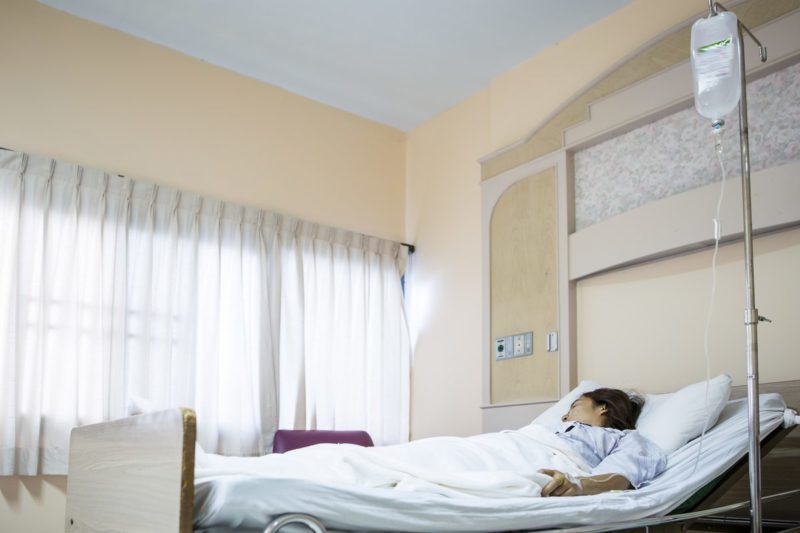 The surgery itself is probably the most complicated gynecological surgery, lasting up to 13 hours for the donor and four to six hours for the recipient. Shutterstock

Fertility medicine has advanced since Louise Brown, the first birth through in vitro fertilization in 1978, but a similar milestone occurred three years ago when a woman successfully gave birth after a uterus transplant. This was a culmination of more than 15 years of basic and clinical research led by Professor Mats Brännström from the Sahlgrenska Academy in Gothenburg, Sweden. Since then, at least a dozen of research groups have been trying to repeat his accomplishment, but so far no one else has been successful.

Post-uterus transplant birth is a vital treatment option for thousands of women with Mayer-Rokitansky-Küster-Hauser (MRKH) syndrome or previously hysterectomized for either cancer or obstetric complications (postpartum hemorrhage or placenta accreta where a placenta grows into the uterine wall and sometimes it requires removing it together with a uterus). While the MRKH syndrome, or an underdeveloped or absent uterus, is considered a rare disorder present in only 1 of 5,000 newborn girls, previously hysterectomized cases are much more common.

Recent medical advancements could give women struggling with this untreatable form of infertility—an estimated 1 in every 300-500 women, who researchers say would require uterus transplant to achieve a pregnancy and birth—some hope. But while uterus transplant is an important reproductive health technology, it’s also under-researched and limited in its availability to those who seek it. As scientists around the world look to increase the number of trials and success rates (take-home babies and graft survival) of the procedure, governments and health systems should also improve the affordability of uterus transplant. Until then, we still have a long way to go to achieving full reproductive rights.

Uterus transplant research began in 1999 when a young patient about to undergo a hysterectomy for advanced cervical cancer asked Brännström to transplant her with her mother’s uterus. He initially thought this was ridiculous, but after talking about the idea with his colleagues, began researching the topic. He was then joined by an aspiring PhD student, Randa Akouri, who had developed a mice model of uterus transplantation. This proved successful with the birth of pups from the transplanted uterus, and Akouri and Brännström began the lengthy process of establishing animal models from rodents to pigs, ewes, and finally nonhuman primates.

All was set to begin human experiments in 2011, but two previous unsuccessful attempts led the ethics committee to refuse the project go ahead. These doubts were valid: A 2000 uterus transplant in Saudi Arabia failed after 99 days due to blood clots, and a Turkish trial in 2011 resulted in numerous biochemical and clinical pregnancies but all were miscarried. Finally, in the summer of 2012, Brännström and his colleagues received clearance from the ethics committee, and in September the clinical trial officially began with an enrollment of nine patient-donor pairs.

The surgery itself is probably the most complicated gynecological surgery, lasting up to 13 hours for the donor and four to six hours for the recipient. The process involves multiple team members, including gynecologic and transplant surgeons, several highly specialized nurses, technicians, and administrative staff. Everyone must master their role in this performance, as there is no space for even the smallest mistake, which could potentially cost a patient’s life and the team’s reputation.

Difficult though the surgery is, the most crucial time is yet to come. About a year after a successful transplant, the patient undergoes a transfer of embryo created through an IVF process that takes place well before the transplant. In the general population, the chance of getting pregnant after a frozen single-embryo transfer is 1 in 3, but this increases exponentially after uterus transplantation.

The Swedish team performed nine transplants, of which seven have been successful. As of June, all seven patients have given birth to healthy babies. Some of the patients are trying for a second baby, while some have undergone hysterectomy. The oldest “miracle baby,” Vincent, whose popularity is comparable to Louise Brown’s, will be 3 this September. So far he is growing and developing perfectly normally despite a preterm birth. The other resulting babies are doing well, which suggests that perinatal development inside the transplanted uterus and anti-rejections medications during pregnancy are safe.

Two other teams in Europe have performed uterus transplantations, led by Professor Jiri Fronek from Institute of Clinical and Experimental Medicine in Prague and Professor Sara Brucker from Tubingen University Hospital in Tubingen, Germany. Both teams begun last year after being motivated by the Swedish success. The Czech team is performing both related living and deceased donor transplants, while the German team is only using related living donors. In an interview for We Want to Become Parents (Chcemy Być Rodzicami) magazine, Professor Fronek confirmed that all his patients are doing well and will soon undergo embryo transfers. So far, very little information has been made public by the German team, but this may be influenced by a small study group—only five patients to be enrolled as compared to nine in the Swedish trial and 20 in the Czech Republic (half and half of living and deceased donors).

What we know is that with the small number of cases, there’s much we don’t know about this procedure. The United States has seen less progress than other nations on this front. The one uterus transplant performed in Cleveland in early 2016 failed after just two weeks due to a yeast infection. Doctors at Baylor College of Medicine in Dallas performed four transplants of which three were unsuccessful and required hysterectomies soon after the initial surgeries due to the lack of blood flow to the organs. No details have been publicized, so we can only speculate about the reasons.

The Baylor team consists of surgeons previously involved in the Swedish successful attempts, and they closely followed their protocol, so we can likely exclude “learning curve” as a cause. All the transplants were performed in the same week, so tension, pressure to succeed, stress, and exhaustion could have played a part. It is also an extremely hard situation for the patients, keeping hope while so many attempts do not succeed and they become disappointed. It is also challenging for their physical health to undergo a lengthy surgery, relatively demanding recovery, years on immunosuppressive medications to finally undergo hysterectomy without successfully carrying a healthy pregnancy to term. Hopefully other U.S. teams (for example, there’s one from Boston, Massachusetts) will experience greater success soon.

What makes uterus transplantation different from other, nonlife-saving transplantations such as cornea, limbs, or facial? Nothing. A uterus transplant is a quality-of-life treatment for the people who wish to undergo a transplant, but unfortunately many policymakers see this desire as a kind of whim of desperate infertile women.

Thankfully the World Health Organization includes access to proper infertility treatments as one of the core sexual and reproductive rights. That should be of help to quickly introduce uterus transplantation as a routine clinical procedure in countries with socialized health-care systems. In Sweden, it has been under the review of different government agencies for almost three years with little progress so far, but it will hopefully soon pass all the way through the bureaucratic machine and become available to every women in need of such treatment.

In the United States, the situation seems to be more complicated as Medicare/Medicaid and private insurances generally do not cover fertility treatments. Further, the distance people must travel to participate in clinical trials, paired with the estimated cost of up to $500,000, are major hurdles for many to access treatment commercially. Canada is working to start a trial and then introduce uterus transplantation into clinical practice, so it might be an option for U.S. women willing and able to move there and enjoy their socialized European-style health-care system.

Last but not at least, I would like to point out that both motherhood and health care should never be limited by government paper-pushers, whether they be based on Capitol Hill or Rosenbad, because reproductive health is a human right and no one should be able to hinder women’s reproductive choices.