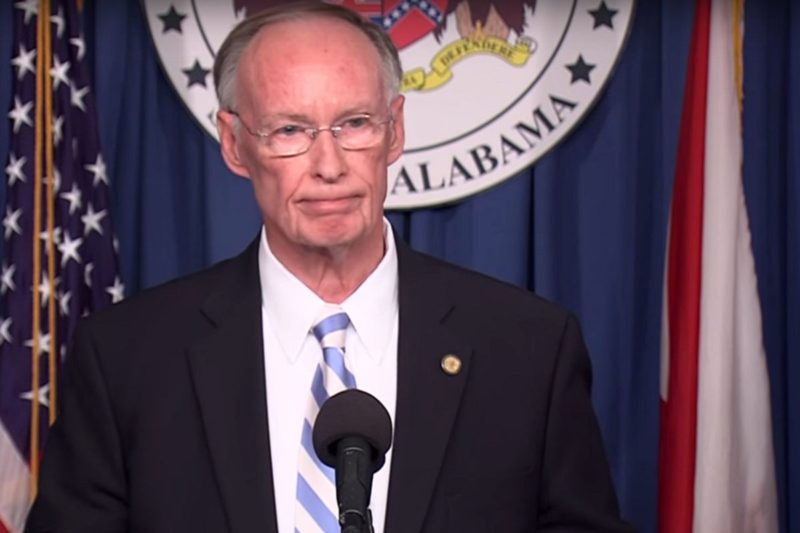 Gov. Robert Bentley left office in disgrace after details of his affair with an aide leaked. Now, that aide has been implicated in what may have been a political scheme to reduce the electoral power of Alabama's Black Belt. Robert Bentley / YouTube

In September 2015, the Alabama Law Enforcement Agency (ALEA) caused an uproar when it announced the closure of 31 driver’s license satellite offices in the state. The department was suffering an $11 million budget shortfall in state funding, and something needed to be done.

At the time, John Archibald, a columnist for AL.com wryly remarked, “Alabama might as well just send an invitation to the Justice Department. Come on in guys. Come on down.”

That’s because the state had decided to close DMVs in primarily Black and rural areas, Alabama’s so-called Black Belt. The plan would have closed all DMVs in counties where Black people make up more than 75 percent of registered voters. Of the ten counties with the highest percentage of nonwhite registered voters, Archibald explained, ALEA had decided to close driver’s license offices in eight of them.

It was unclear what prompted the decision to close these offices, until now. As it turns out, the mastermind behind this plan was Rebekah Mason, a top aide for Gov. Robert Bentley (R)—who resigned in disgrace on April 8 after details of his affair with Mason leaked to the press.

Mason’s involvement with the DMV decision was one of many points outlined in the recently released report of the state House Judiciary Committee investigation that had explored the option of impeaching Bentley. The report, which was compiled by lead investigator and special counsel Jack Sharman, is full of salacious details about the relationship between Bentley and Mason, including allegations that she exerted undue influence on Bentley’s decision-making.

One tidbit stands out: Bentley apparently cared so little about voting rights for Alabamians that he allowed Mason to be involved in budget discussions that were typically not part of her job. During those budget discussions, she concocted the DMV closure plan that Bentley would later approve.

According to Spencer Collier, who served as ALEA secretary until Bentley fired him and who was the first to go public with allegations about Bentley and Mason’s affair, Mason proposed the DMV closures and asked ALEA to “put together a plan.” Collier also told investigators that in the past, the budget process would begin with a meeting with the state finance director and his staff. Once that meeting was concluded, Collier would meet with Bentley to discuss potential budget cuts.

But in 2015, ALEA was required to meet with Mason first in order to set budget priorities.

It was Collier’s understanding that Mason intended that the DMV closure plan “be rolled out in a way that had limited impact on Governor Bentley’s political allies,” according to the report. Collier claimed that he reported the plan to Attorney General Luther Strange “because he was concerned about a Voting Rights Act violation.”

Collier eventually agreed to the closure plan, “but through the use of an objective metric based on process transactions per year to determine which offices to close,” according to the impeachment report. In other words, ALEA would close less busy offices. Bentley also agreed to the plan, according to the report, but wanted the office in Republican Sen. Gerald Dial’s 13th District to be removed from the closure list. The report doesn’t say why, but given Spencer Collier’s stated understanding that Mason wanted to roll out the plan to limit effect on Bentley’s political allies, it stands to reason that Dial was one of those allies. For his part, Dial says he was surprised to see his name in the report and doesn’t recall having any discussions with Bentley’s staff about DMV closures in his district, according to AL.com.

The decision to close the DMV locations was ultimately reversed, according to the report, in part after a U.S. Department of Transportation (DOT) investigation into whether the closures violated Title VI of the Civil Rights Act of 1964, which prohibits discrimination on the basis of race, color, or national origin in programs and activities receiving federal assistance. The DOT concluded that the office closures would have a disproportionate impact on Black voters.

It’s hard not to think that the state was purposefully burdening voters of color in order to give Republicans a leg up. After all, in 2011, the Republican-led legislature passed a law requiring people to present a government-issued photo ID before voting, claiming that it would prevent fraud even though in-person voter fraud is extremely rare. Such laws disproportionately burden voters of color, who are less likely than white people to have the requisite ID, according to the NAACP Legal Defense Fund. The fund filed a lawsuit challenging the law in 2015.

On the other hand, there was no smoking gun to prove that the move was based purely on racial animus, and the impeachment report doesn’t offer any motive behind Mason’s DMV closure proposal.

Then, Secretary of State John Merrill hand-waved concerns that the decision to shutter offices in predominantly Black counties would lead to disenfranchisement. He said in 2015 that Alabamians could still get the requisite photo ID card at local board of registrar’s offices. “Every county has a Board of Registrars,” Merrill said, according to AL.com.

He also touted mobile voter registration vans, which he said had visited every county in the state and would show up in communities if requested.

But concerns remained. When I spoke to Susan Watson, head of ACLU Alabama in October 2015, after ALEA had announced the DMV closure plan, she said that people might not know they could get an ID card at the registrars’ offices. Watson herself didn’t know until she read it in the newspaper.

But whether or not this particular plan was proposed with nefarious intent, it’s plain that disenfranchisement of voters of color in Alabama is a problem, and one that Republicans seemingly have no intention of addressing.

And the latest revelation—that Bentley’s paramour was behind the decision to shutter the DMV offices—demonstrates how seriously the Bentley administration took voter rights: Not seriously enough.