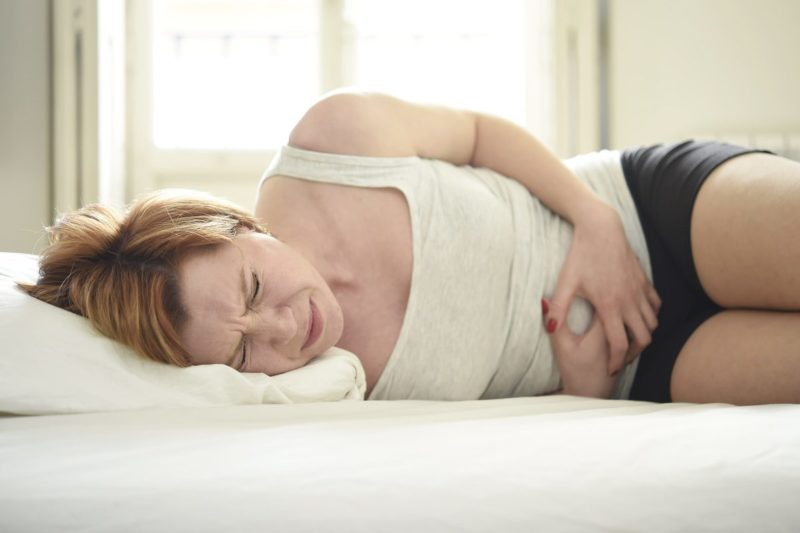 If you do have pain all or some of the time, start by checking in with your gynecologist to make sure there is no underlying health issue like an infection. Shutterstock

Well, Yeah: When Sex Hurts, Women Don’t Want to Have It

British researchers interviewed more than 6,000 sexually active women ages 16-to-74 to determine how many women experience pain during penile-vaginal sex and how that affected their lives and relationships.

According to results published in the January issue of BJOG: An International Journal of Obstetrics & Gynaecology, 7.5 percent of surveyed women said they had experienced pain during sex within the last three months. Older women (ages 55 to 64) were most likely to have experienced pain (10.4 percent), followed by young women ages 16 to 24 (9.5 percent) and 25 to 34 (8 percent).

Kirstin Mitchell, lead author on the study, told Teen Vogue that painful sex could stem from medical issues or it could be something else entirely. “For some, it may be that they do not feel confident or empowered to communicate to a partner what they like and dislike, and so they end up doing sexual activities that they don’t really enjoy—this then means they are not properly aroused and this can make sex painful. Others may feel anxious and tense up, causing sex to be painful, and this can lead to further anxiety in anticipation of pain.”

As we’ve said in the past, sex is not supposed to hurt, and there’s no reason to just live with the pain. If you do have pain all or some of the time, start by checking in with your gynecologist to make sure there is no underlying health issue like an infection.

Once you’ve ruled that out, here are some other things you can do to increase the chance of pain-free, pleasurable sex. You can try adding some lubricant (or changing the one you’re using) as vaginal dryness is one common cause of painful sex. Changing positions and trying new techniques can make a difference, so talk to your partner about what feels good and what doesn’t. Some women also find that adding vibration via a sex toy like a vibrating ring can help ease the pain and relax their muscles. Finally, think about any relationship or personal issues that might be preventing you from truly enjoying yourself, and consider talking to a therapist or counselor.

Running Is Good for Your Sex Life

Running is good for your body and mind, and it’s not news that it’s also good for your sex life. A recent article in Runner’s World explains the ways in which more miles may—though not always—translate into more (and better) nookie.

Running can boost energy and self-esteem, and that can translate into better performance in the bedroom. In a recent survey, 51 percent of runners said the sport made them feel strong and confident and 54 percent said the energy boost they got from running actually turned them on. As sex therapist Ian Kerner explained in the article, “They feel good in their bodies. They’re really able to translate that into sex where they feel free and comfortable and to a greater extent uninhibited.”

Running does good things not just for the body but for the brain as well. It increases endorphins and the neurotransmitters serotonin and dopamine. All of these chemicals work together to make an athlete feel excitement, arousal, happiness, and well-being.

On the flip side, should you have sex right before a big race? Many athletes (particularly the men) worry that having sex the day before a big game or match might deplete their energy or mess with their mojo. But there’s no evidence that sex has a negative impact on athletic performance. Of course, a marathon lovemaking session right before you run an actual marathon might sap too much energy, but a nice quickie might be just what you need to run like the wind.