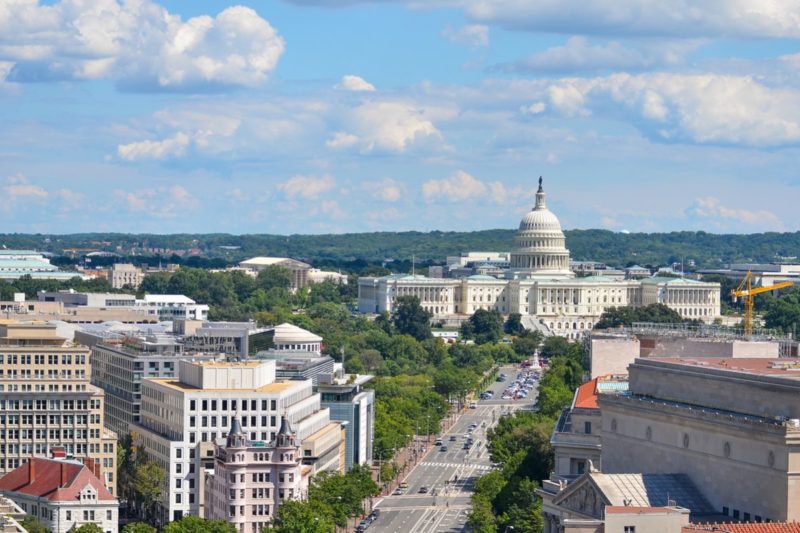 On this 40th anniversary of the Hyde Amendment, let’s be clear. This coverage restriction is not about the protection of taxpayers’ money or an effort to protect religious freedom, but a systematic attempt to restrict access to reproductive health for our most vulnerable populations. Shutterstock

This is the fourth part of a five-part series, published in partnership with Physicians for Reproductive Health, exploring how the Hyde Amendment negatively affects different populations in the United States.

For many in this country, the right, opportunity, and power to choose an abortion is a privilege; it is not one equally afforded to all of us.

The Hyde Amendment assures that this imbalance continues.

Since 1976, the Hyde Amendment has restricted the use of federal Medicaid funds for abortion services for low-income women in the District of Columbia except in cases of life endangerment, rape, or incest.

As a Washington, D.C., native and longtime resident, I know firsthand the effect these restrictions have on women and their families. As a front-line provider of health care for women, I see what happens when patients cannot afford to pay for treatment from their primary physician. They go without screening tests—like Pap smears, which help prevent cervical cancer, or mammograms to diagnose and treat breast cancer in its early stages when survival is greater—and regular monitoring of chronic conditions like high blood pressure and heart disease.

Abortion care is no different from other forms of basic health services.

Imagine for a second that you’re living in D.C. in the 1950s. You’re a young woman, 22, maybe 23 years old who was sexually assaulted. This assault resulted in a pregnancy.

You have a doctor who has been taking care of you since you were a teenager, and you go to him to talk about your options. You tell him you want to have an abortion.

He says that in order to schedule your abortion, you both must go before a board at the local hospital. The board is made up of administrators and other doctors—all men. You must convince this panel of men that they should approve your abortion. They get to decide if your reason is good enough.

Now, imagine today you’re a young woman in D.C., 22, maybe 23 years old who was sexually assaulted. This assault also resulted in a pregnancy. You have a doctor who has been taking care of you since you were a teenager and you go to him (or her—it is 2016 after all!) to talk about your options. You decide to have an abortion.

If you had private insurance, you could make an appointment with your doctor and have the procedure done as soon as possible. But you don’t have private insurance. You’re working but just barely getting by. You have Medicaid, which in D.C. means that your doctor only needs to write a note to attest to the fact that you were raped. But you’re being told that in order to ensure Medicaid coverage for your abortion, you need a police report or some sort of “evidence” to “prove” you were raped. You just want to get on with your life.

So you try to get the money on your own. That takes time. Now you’re even later in the pregnancy. It’s more expensive and slightly riskier.

You have to go to a neighboring state because there are few providers who do second-trimester abortions in Washington, D.C. Most doctors aren’t trained to provide them. You have to take time off work.

You’re young. You’re afraid. You’re intimidated. This is 2016. Roe v. Wade is more than four decades old. Where is your constitutional right to choose?

This is the reality that many women whom I take care of face every day.

In a city where about one in five residents live at or below the federal poverty line, the Hyde Amendment unduly targets women who are already struggling to make ends meet. And for women who’ve experienced violence, the abortion coverage restriction only adds to their trauma.

In Washington, D.C., these attempts to control the reproductive lives of women have gone one step further than other regions. For all but two years since 1989, Congress also has restricted the District’s ability to use its own locally raised revenue for abortion services.

Today, while all 50 states have the option of providing state funding for abortion care—though most don’t provide such funding—taxpayers in D.C. are denied the same opportunity to use their own funds for the same services. (Currently, 17 states use state and local funding abortion care for low-income women.)

The Hyde Amendment creates and perpetuates a two-tiered system of health care: separated by income and often by race.

In the four decades since the Hyde Amendment was first put into place, we have seen worsening health disparities for women of color around the country. Health and health-care delivery disparities align with poverty, race, and gender.

Health-care disparities are manifested by lack of accessible and affordable health care in the form of contraception and other preventive health measures. These disparities create differences in unintended pregnancy, maternal morbidity, and pregnancy outcomes for women of color while rates for other communities continue to fall.

While health-care providers need to know more about why these disparities persist so we can change them, one thing is clear: Women and doctors don’t want or need politicians deciding what we must do or say in our exam rooms.

I know that the women for whom I care are fully capable of making thoughtful decisions about their families and their futures without interference from individuals who presume to know better.

On this 40th anniversary of the Hyde Amendment, let’s be clear. This coverage restriction is not about the protection of taxpayers’ money or an effort to protect religious freedom, but a systematic attempt to restrict access to reproductive health for our most vulnerable populations.

Those who are affected the most are those who have the least.

Reproductive autonomy, the right to control one’s own body, should not be determined by or connected to socioeconomic status.