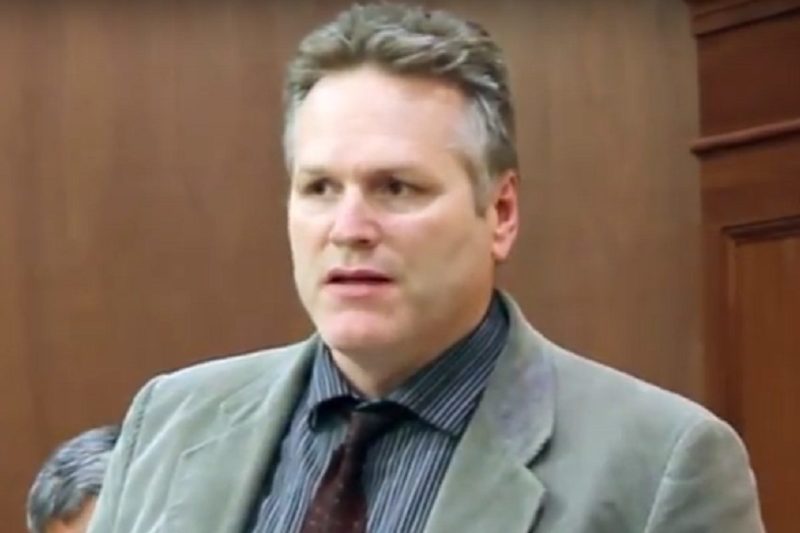 Alaska is imposing a new hurdle on comprehensive sexual health education with a law restricting schools to only hiring certificated school teachers to teach or supervise sex ed classes.

The broad and controversial education bill, HB 156, became law Thursday night without the signature of Gov. Bill Walker, a former Republican who switched his party affiliation to Independent in 2014. HB 156 requires school boards to vet and approve sex ed materials and instructors, making sex ed the “most scrutinized subject in the state,” according to reproductive health advocates.

Republicans hold large majorities in both chambers of Alaska’s legislature.

Championing the restrictions was state Sen. Mike Dunleavy (R-Wasilla), who called sexuality a “new concept” during a Senate Education Committee meeting in April. Dunleavy added the restrictions to HB 156 after the failure of an earlier measure that barred abortion providers—meaning Planned Parenthood—from teaching sex ed.

Meanwhile, advocates argue that evidence-based health education is sorely needed in a state that reported 787.5 cases of chlamydia per 100,000 people in 2014—the nation’s highest rate, according to the Centers for Disease Control and Prevention’s Surveillance Survey for that year.

Alaska’s teen pregnancy rate is higher than the national average.

The governor in a statement described his decision as a “very close call.”

“Given that this bill will have a broad and wide-ranging effect on education statewide, I have decided to allow HB 156 to become law without my signature,” Walker said.

Teachers, parents, and advocates had urged Walker to veto HB 156. Alaska’s 2016 Teacher of the Year, Amy Jo Meiners, took to Twitter following Walker’s announcement, writing, as reported by Juneau Empire, “This will cause such a burden on teachers [and] our partners in health education, including parents [and] health [professionals].”

An Anchorage parent and grandparent described her opposition to the bill in an op-ed, writing, “There is no doubt that HB 156 is designed to make it harder to access real sexual health education …. Although our state faces its largest budget crisis in history, certain members of the Legislature spent a lot of time worrying that teenagers are receiving information about their own bodies.”

She added that Walker’s “lack of action today has put the education of thousands of teens in Alaska at risk. This is designed to do one thing: Block students from accessing the sex education they need on safe sex and healthy relationships.”

The law follows the 2016 Legislative Round-up released this week by advocacy group Sexuality Information and Education Council of the United States. The report found that 63 percent of bills this year sought to improve sex ed, but more than a quarter undermined student rights or the quality of instruction by various means, including “promoting misinformation and an anti-abortion agenda.”