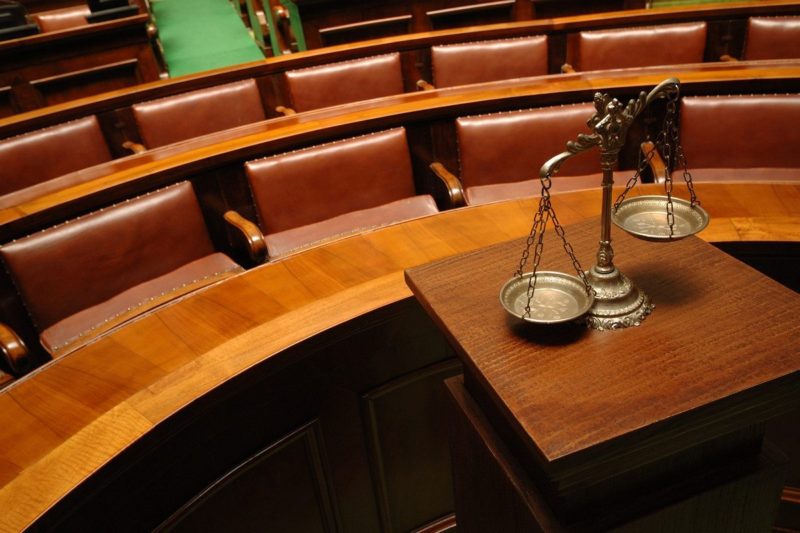 A federal court in Wichita, Kansas, will begin seating jurors Tuesday morning in the Department of Justice’s civil case against radical anti-abortion activist Angel Dillard. Dillard’s case is the first of several trials lined up nationwide this summer concerning the legal limits of threats and violence targeting abortion providers and patients.

Dillard’s case reaches back into some of the darkest times in anti-choice violence in recent history. In 2011, two years after the murder of Dr. George Tiller by one of Dillard’s associates, Scott Roeder, Dillard sent a letter to Dr. Mila Means. At the time, Means was preparing to start offering abortion services at Tiller’s former clinic.

In the letter to Means, Dillard presented a “vision” of what Means’ life would look like, should Means start providing abortions in Wichita. In that letter, she explained how thousands of people from across the country were already scrutinizing Means’ background. Soon, Dillard promised, they would know “your habits and routines. They know where you shop, who your friends are, what you drive, where you live,” she wrote. “You will be checking under your car every day—because maybe today is the day someone places an explosive under it.”

Based on the content of Dillard’s letter, the Department of Justice (DOJ) sued her later that year under the Federal Access to Clinic Entrances (FACE) Act, which makes attempting to intimidate or dissuade doctors from providing abortions a civil liability. According to the DOJ’s complaint, Dillard’s statements concerning explosives were sufficient to constitute a threat against Means. In the context of a civil case, this would make Dillard liable in terms of monetary damages to Means. But Dillard disagreed, arguing her statements were nothing more than an exercise of her First Amendment rights, because according to Dillard’s attorneys, the comments were not sufficiently specific to constitute a “true threat.” In August 2013, a federal judge agreed with Dillard and dismissed the claims against her, ruling Dillard’s statements were constitutionally protected speech. The DOJ appealed that ruling in October of that year, and in July 2015 the Tenth Circuit overruled that August 2013 decision and sent the case back down to the trial court. This leaves it up to a jury to decide Dillard’s accountability, or lack thereof. That trial begins Tuesday.

Daleiden now faces criminal indictment in Texas related to his efforts to try and entrap Planned Parenthood officials into selling fetal tissue for profit. Daleiden also faces civil lawsuits from abortion providers and advocates who argue Daleiden’s efforts were not only fraudulent, they are responsible for a significant uptick in recent violence and threats against abortion providers.

In response Daleiden, like Dillard, argues his speech is constitutionally protected.

That line—between constitutionally protected free speech and the legal liability for its consequences—blurs further with the case of Robert Lewis Dear Jr., the man accused of killing three people during a siege at a Colorado Springs Planned Parenthood in November. Dear surrendered to authorities following the shootout, reportedly shouting “No more baby parts!” while doing so: a reference, many thought, to the claim in Daleiden’s CMP videos that Planned Parenthood “sells baby parts.”

Dear’s attorneys argue he’s not competent to stand trial. After a full day of testimony from forensic psychologists last week, Dear’s competency hearing will continue May 10. Should Dear be found competent, he has stated he intends to argue that the attack on Planned Parenthood—which resulted in the deaths of three people—was justifiable. According to Dear, those actions should be legally protected because of his sincerely held beliefs that abortion is a moral and legal wrong that must be stopped at all costs. Which means Dear is arguing that either he’s protected by the First Amendment, which encompasses the right to freedom of religion, or he’s protected by the idea that the law will shield him based on sincerely held religious beliefs that the attack was justified to prevent the “greater evil” of legal abortion.

Coincidentally, justifiable homicide is the same legal argument advanced by Roeder when he was on trial for Tiller’s murder. It didn’t work that time. But if Dear is found competent to stand trial, it’s possible at least one or two jury members in Colorado Springs will sympathize with Dear enough to make a conviction for the Planned Parenthood shooting an impossibility.

Dillard, Daleiden, and Dear may have nothing more in common than a shared, pathological hatred of legal abortion. Or they could each represent the sliding scale of rhetorical hate that, eventually, will manifest into actual violence. And the task of the courts this summer is to engage in that line drawing. Are Dillard’s statements sufficiently specific to be considered a legal threat? And, if so, what about the inspiration Dear appears to have drawn from Daleiden’s videos by invoking their messaging? These cases may not be linked legally to one another, but they are culturally. And by the end of the summer when the legal decisions have come down in each of these cases, we’ll have a better understanding if the courts are willing to connect the dots between Dillard’s letters, Daleiden’s videos, and Dear’s alleged murders—or if the courts will continue to insist anti-abortion hate speech and violence is an aberration rather than a norm among conservatives.