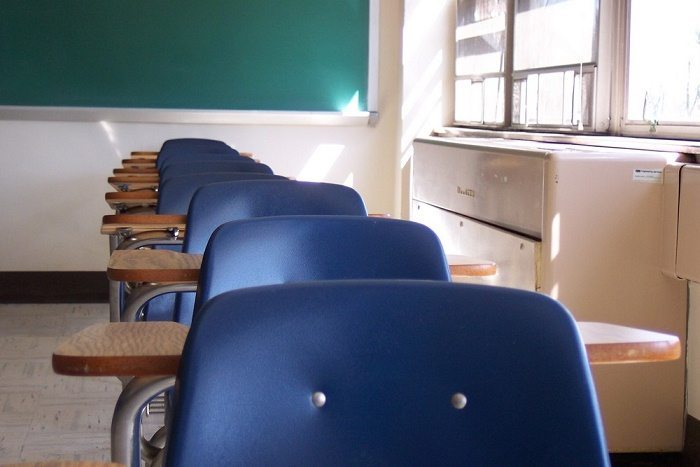 A report from the CDC shows that schools are failing to teach about STI and pregnancy prevention. But even if they were, students would still be left in the dark about many important issues. Shutterstock

Last month, the Centers for Disease Control and Prevention (CDC) released very disappointing data about sexuality education. Its School Health Profiles report, a survey of policies and practices across the country, found that fewer than half of all high schools and only a fifth of middle schools teach all 16 sexual health topics recommended by the CDC. Topics such as the importance of limiting the number of one’s sexual partners and the influences of peers, media, and family on sexuality are being left out by many schools. Particularly alarming were the findings about condoms, which showed that fewer than 60 percent of high schools tell students how to obtain condoms and only about half teach them how to use them correctly.

This is unconscionable in an era when half of all of sexually transmitted infections (STIs) occur in young people, and yet that is not what upsets me the most about the data. Based on my experience as a sex educator, I’m much more concerned about what agencies like the CDC don’t even expect schools to teach.

The CDC’s 16 sexual health topics, which largely focus on the prevention of STIs, HIV, and unintended pregnancy, are certainly important. As noted on the organization’s website, schools often use these guidelines and survey results to shape their future educational policies. But I would argue that even if 100 percent of schools in every state taught these topics, we would still be graduating students who don’t know some of the most basic information about sexuality. Based on what the CDC recommends exploring in depth, young people are certainly not prepared at this moment to think critically about more complicated issues—such as gender roles, relationships, sexual orientation, or sexual assault.

I say this based in large part on my years teaching college students in the great state of New Jersey, which, according to the School Health Profiles, does the best job covering prevention issues of any state. Here in the Garden State, 89.5 percent of high schools teach all 16 topics. Compare that to the worst-performing state, Arizona, where only 21 percent of high schools teach them all. This is great news for my home, to be sure. And yet, the recent graduates of New Jersey high schools who sit in my sociology of sexuality class each semester bemoan a lack of sex education—and what they don’t know may shock you.

As expected, those who say they got any sex education (and some swear they did not), are most likely to report learning about STIs. The quality of the lessons, however, which the CDC’s “yes-or-no” survey questions do not measure, may leave something to be desired. A surprising number of students say this information revolved around a slide show of infected genitals and fallopian tubes injected with dye to show a blockage caused by untreated STIs. I have never seen the value in this method of teaching about STIs. It’s shocking, to be sure, but beyond that what do students learn? The pictures included are almost always of advanced infections, meaning they do nothing to help students identify the tiny sores and bumps that should have sent the people in the photographs running to the doctor months, if not years, before the pictures were taken.

Moreover, these slides are often the only time that young people see pictures—even illustrations—of genitals. There seems to be a belief that pictures of healthy genitals are inappropriate for a classroom, but once you add disease, they are educational. This just perpetuates the idea that these are dirty and shameful parts of our bodies.

This might be why I was met with a sea of confused faces when I began to discuss labiaplasty and the trend among young women to surgically alter their genitals to look more “normal.” It quickly became clear that many of my students did not know what labia were. So, even though my course is not supposed to be about the basics of human sexuality or anatomy, I put up a drawing of female genitalia and explained what was where and what function it served. One woman stared closely at the screen and admitted that she had not known women had three holes—the vagina, the urethra, and the anus. She was 20 years old and had always believed urine came out of her vagina.

I’m not suggesting that most schools in New Jersey fail to teach the basics of human anatomy. In fact, this young woman’s school may even have done so, she may have just been absent or not paying attention that day. What I do believe, however, is that if we keep focusing our attention on preventing negative consequences, our schools will never teach more than the basics. While it’s understandable that the CDC sticks to its mission of preventing pregnancy and disease, we cannot use that as the ultimate goal for sex education: policymakers, teachers, advocates, and parents have to demand something more of our schools, and provide them with the support and resources to do more.

SIECUS’ Guidelines for Comprehensive Sexuality Education—which many educators see as a framework for the ideal sexuality education program—suggest young people learn from kindergarten through 12th grade 39 topics related to sexuality. Of course, the prevention of STIs, HIV, and pregnancy are among these topics, but the list goes far beyond that. This model of sexuality education, which I totally support (I co-authored the third edition of the Guidelines when I was at SIECUS) wants young people to learn about families, friendships, love, romantic relationships, and marriage and lifetime commitment. It tries to help students understand their values and practice communication, negotiation, and assertiveness skills so as to stick to these values. It informs young people about sexual behavior, masturbation, sexual response, and fantasy. It actually tells them that sex feels good. And it begins the conversations about gender, sexual orientation, society, the media, and the law that I try to take on in my college course.

It is this well-rounded type of education that can get young people to think critically about the sexuality issues that set up the world around them, affect how they interact with that world, and directly impact the decisions they will make throughout their lives. Unfortunately, the vast majority of schools do not have the time or resources to devote to such teaching models, even when they are not limited by restrictive local policies mandating “abstinence-only education.” Most adults want young people to grow up to have a happy and healthy sex life, and yet schools are often limited to discussing the negative consequences of sex. This leaves young people uninformed and confused.

We know that almost two-thirds of high school students have had sex by their senior year. We know that although teen pregnancy and birth rates in this country are at an all-time low, there are still more than 270,000 babies born to teens each year. And we know that nearly half of the 20 million new STIs each year are diagnosed among young people between the ages of 15 to 24. It is sad that in this environment, our schools are failing to provide even the most basic prevention education.

Even so, what I think is truly pathetic is that we’ve evidently given up on the idea that schools can, and should, strive for more than that.