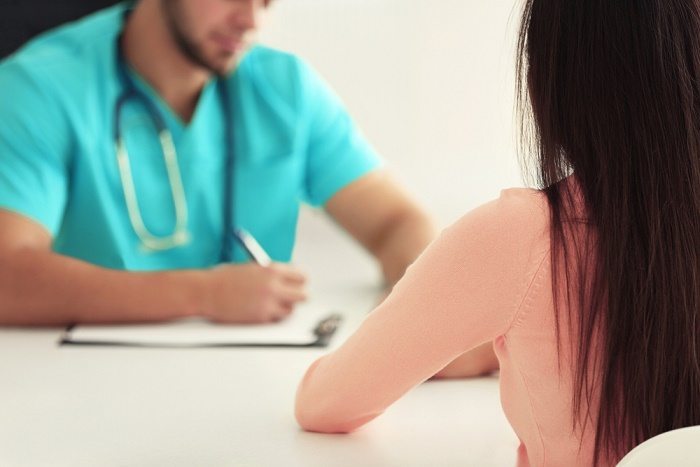 The lawsuit is the latest in a conflict over whether Catholic hospitals can prevent doctors from performing certain types of reproductive health services while receiving state and federal funding. Shutterstock

The American Civil Liberties Union filed a lawsuit last week against Dignity Health, claiming that the Catholic hospital network is unlawfully denying women’s access to contraception based on religious doctrine.

The suit is the latest in an ongoing conflict over whether Catholic hospitals, which are growing in number, can prevent doctors from performing certain types of reproductive health services while receiving state and federal funding. The ACLU filed the suit on behalf of Physicians for Reproductive Health, a national nonprofit made up of doctors, and Rebecca Chamorro, a patient at Dignity Health’s Mercy Medical Center Redding in California.

Chamorro is eight months pregnant, and scheduled to give birth by cesarean section at the end of January. Already a mother of two, Chamorro decided she did not want any more children after the birth of her third child. Chamorro, in consultation with her doctor, elected to have a tubal ligation immediately following her c-section, according to the complaint.

Chamorro did not respond to a request for an interview.

But Dignity Health told Chamorro’s doctor that he could not perform the procedure, citing religious directives written by the United States Conference of Catholic Bishops. The directives state that direct sterilization (along with abortion, euthanasia, and assisted suicide) is “intrinsically evil.”

One of the most popular forms of contraception, tubal ligation (or “getting your tubes tied”) is used by more than 30 percent of married women of reproductive age in the United States, the ACLU noted in court papers. The procedure involves tying and cutting the fallopian tubes so that the egg cannot move into the uterus. The best time to perform the procedure is directly after a woman gives birth. It takes one to two minutes and doesn’t require additional equipment or recovery time.

Redding is a rural town in Northern California, and the closest hospital with a labor and delivery ward that does not follow Catholic directives is 70 miles away.

“This is really about the hospital interrupting the doctor-patient relationship,” Elizabeth Gill, senior attorney with the ACLU of Northern California, told MSNBC host Melissa Harris-Perry. “Really it’s as if the Catholic bishops are standing in the operating room and staying the doctor’s hand, preventing him from providing our client with the care she needs.”

Dignity Health is the fifth-largest health system in the nation and the largest hospital provider in California. Each year it receives millions in government grants, Medicare and Medicaid reimbursements, and government programs, according to recent tax filings.

“In general, it is our practice not to provide sterilization services at Dignity Health’s Catholic facilities in accordance with the Ethical and Religious Directives for Catholic Health Care Services (ERDs) and the medical staff bylaws,” a Dignity Health spokesperson wrote in a statement to Rewire.

“As such, tubal ligations are not performed in Catholic hospitals. Procedures that induce sterility are permitted when their direct effect is the cure or alleviation of a present and serious pathology and a simpler treatment is not available,” the spokesperson wrote. She added that the company does not comment on matters of pending litigation.

Dignity Health sometimes provides tubal ligations for contraceptive purposes, but ACLU lawyers say the hospital’s criteria for when they will and will not allow the procedure is not clear. In 2015, for instance, the hospital allowed a tubal ligation for another patient at Mercy Medical Center Redding after the ACLU threatened to sue.

Faced with a similar demand letter on behalf of Chamorro at the beginning of December, Dignity Health would not budge.

Chamorro’s OB-GYN, Dr. Samuel Van Kirk, estimated in the complaint that he had at least 50 patients over the past eight years who wanted tubal ligations but were denied them based on Mercy Medical’s sterilization policy or Catholic doctrine, according to court papers. A receptionist at Van Kirk’s office said he had no comment and referred us to the ACLU.

“We have no idea of the scope of this problem nationally because we have no idea of the denominator of how many patients are being denied tubal ligations,” Dr. Pratima Gupta, a Bay Area obstetrician and a reproductive health advocacy fellow with Physicians for Reproductive Health, told Rewire in an interview. She added that many patients don’t realize they will not be able to access comprehensive prenatal and postnatal care at a Catholic hospital; even if they do, in rural areas patients have nowhere else to turn.

Because Chamorro’s due date is approaching, the ACLU also filed an emergency motion asking the court to issue a temporary restraining order that would prevent the hospital from interfering with the ligation. On Tuesday, the judge denied the ACLU’s request, saying he wanted more time to consider the issue, Gill said. The ACLU is re-filing the brief.

“We are pleased by the court’s decision to deny the ACLU’s request for the temporary restraining order which will allow Dignity Health to continue to operate consistent with the Ethical and Religious Directives for Catholic Health Care Services,” Dignity Health said in a statement to Rewire.

If the judge does not grant Chamorro temporary relief, she will not be able to have a tubal ligation after the birth of her child later this month. If she still chooses to pursue sterilization, she will need to have a second surgery under general anesthetic at another hospital, Gill told Rewire.

The ACLU’s lawsuit will proceed as planned even if Chamorro is not able to have the tubal ligation later this month.

“We hope that this case sets a precedent that hospitals that are open to the general public and that receive government funding can’t invoke religious doctrine as an excuse to discriminate,” Gill told Rewire.