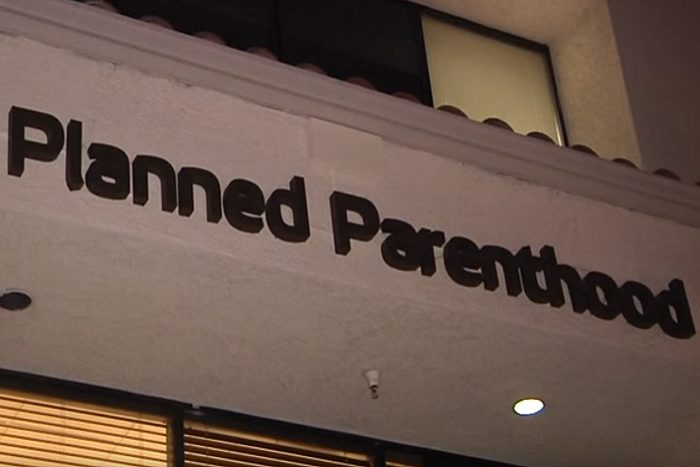 Judge Michael Barrett wrote that politicians who advocated for the law did so to make it difficult for people to access abortion care. Los Angeles Times / YouTube

California authorities arrested an Oxnard man Tuesday in connection with a suspected arson attack that caused significant damage to a Southern California Planned Parenthood in September.

Alvaro Perez, 24, is suspected of starting the blaze shortly before midnight on September 30, 2015, by throwing an incendiary device through a window of the heath-care facility, authorities said.

Jenna Tosh, president and CEO of Planned Parenthood of Santa Barbara, Ventura, and San Luis Obispo counties, told NBC4 that vandals had targeted the facility in August. Ventura County investigators in a statement pinned the cause of the September attack on a domestic dispute, not anti-abortion extremism.

They said authorities from the Federal Bureau of Investigation, the U.S. Marshals Service, and the U.S. Department of Homeland Security were involved in the investigation.

Abortion clinics have experienced several attacks in the last few months following the release of a series of smear videos by the Center for Medical Progress, an anti-choice front group. The videos were edited to make it appear Planned Parenthood sells fetal tissue, which it does not. State and federal investigations have turned up no wrongdoing on the part of the health-care organization.

The National Abortion Federation, which tracks clinic violence, has recorded nearly 7,000 acts of violence against clinics since the late 1970s, including 1,507 acts of vandalism.

Perez was already in custody on charges of battery, vandalism, violation of a domestic restraining order, domestic spousal battery, and possession of a firearm, the Ventura County Sheriff’s Office said in a news release. Bail for the arson arrest has been set at $50,000.

Charges have not yet been filed against Perez. Felony arson carries a sentence of up to three years in state prison. Aggravated arson is punishable by ten years to life in state prison.