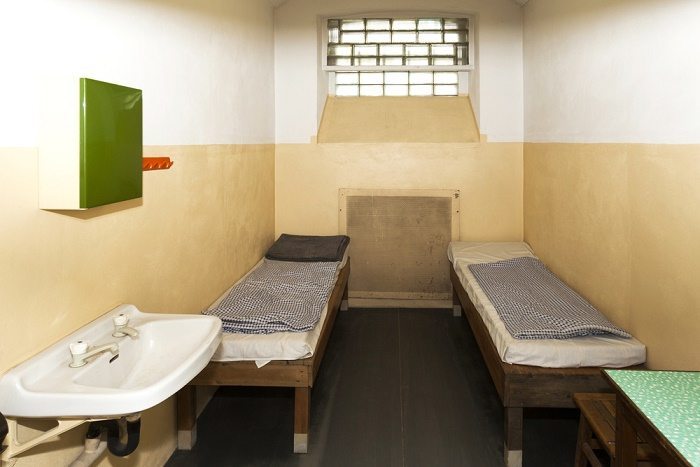 The news comes on the heels of a months-long campaign, led by Immigration Equality, seeking to stop the transfer. Shutterstock

Immigration Equality, a New York-based legal firm, announced on Tuesday that Immigrations and Customs Enforcement (ICE) will not move forward with its plan to relocate two dozen transgender women to the Adelanto Detention Facility, a remote detention center in the Mojave Desert of Southern California.

The news comes on the heels of a months-long campaign, led by Immigration Equality, seeking to stop the transfer. In an August 24 letter, over 100 national and local LGBTQ, immigrant, and civil rights organizations urged President Obama to stop ICE from detaining transgender women at Adelanto. The letter asserted that GEO Group, the private company that runs Adelanto, “cannot be trusted to care for transgender women or house them safely.”

GEO Group, which calls itself “a private, correctional, detention management, and community residential re-entry services company,” runs 15 detention centers in six states and has seen many allegations of abuse and mistreatment.

Fusion reports that Adelanto would have been the first U.S. immigration detention center to house transgender women alongside other female detainees.

ICE did not explain why it decided not to move forward with the transfers, only saying in an email to Fusion that it is “no longer pursuing Adelanto as a location to house transgender women on a long-term basis.”

ICE’s guidelines also say that placement in a segregated unit should only be used as a last resort when no other temporary housing exists. Despite these new guidelines, transgender women are still being detained alongside men and being placed in solitary confinement because safe housing options are not available.

One in five sexual assault cases that occur in ICE detention centers involve transgender victims, despite transgender individuals making up 0.2 percent of the detainee population, according to a 2013 report by the Government Accountability Office. An Center for American Progress investigation that same year found a “systemic nature of abuse against LGBT detainees,” including sexual assault, withholding of medical treatment, the use of solitary confinement, the inappropriate use of restraints, and verbal and physical abuse by guards. Between 2008 and 2013, at least 200 LGBTQ detainees made formal complaints to ICE concerning abuse, with Fusion reporting that at least one transgender woman died in ICE custody in 2007 after guards allegedly chained her to her bed and denied her access to HIV medication.

Detention centers are bad for all who are detained there, advocates said, but detention centers like Adelanto are especially unsafe for transgender people. Immigration Equality’s spokesperson told Rewire that LGBTQ people in detention are more vulnerable and placing these detainees “in the middle of nowhere” only puts them in more danger.

“It’s very hard to have an attorney to represent them from that distance,” the spokesperson said. “Someone already in detention has less than a 3 percent chance of being granted asylum if they don’t have a lawyer. The odds are really stacked against them and trans women are put in a particularly vulnerable position when they’re placed in the middle of the desert without support or oversight. If trans women are going to be in detention, we need to make sure they’re not being mistreated.”