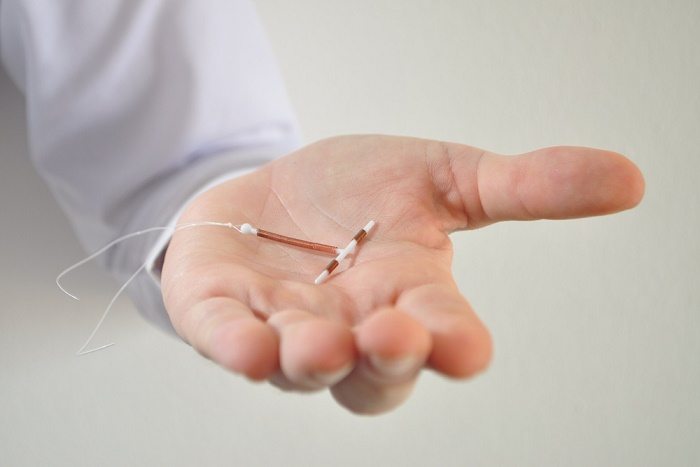 A new study find that the ACA has brought down the out-of-pocket costs of intrauterine devices (IUDs), one of the most effective—and often most cost prohibitive—methods of contraception. Shutterstock

A new study by researchers at the Guttmacher Institute found that the Affordable Care Act has been helpful in bringing down the out-of-pocket costs of intrauterine devices (IUDs), one of the most effective—and often most cost prohibitive—methods of contraception.

The study found that in 2014, 87 percent of insured women who inquired about a hormonal IUD would not have had to pay anything out of pocket, up from 42 percent of women in 2012. The study concludes that the ACA’s contraceptive coverage guarantee is reducing the cost barrier.

IUDs are small, T-shaped devices that are inserted into the uterus by a health-care professional and work by blocking sperm from moving through the uterus toward the egg. Once inserted they stay in place for between three and ten years, though a woman can have her IUD removed sooner if she dislikes it for any reason or decides she wants to become pregnant. Researchers have found that IUDs are safe for women of all ages regardless of whether they have or have not given birth.

IUDs are one of the most effective methods of contraception on the market. In fact, they are more than 99 percent effective in preventing pregnancy. One of the reasons they are so effective is that once they are in place, a woman does not need to do anything to prevent pregnancy. Unlike a pill that has to be taken every day or a patch that needs to be replaced each month, the IUD works without any action on the part of the user.

A significant barrier to IUD use, however, has been the upfront costs. Between the price of the device itself and the provider’s fee for insertion, an IUD can cost as much as $1,000 on day one. In the long run this is likely more cost effective than methods such as the pill, which have to be purchased each month. A woman using ParaGard, for example, which lasts ten years, could pay just 30 cents a day. Still, coming up with the money upfront has been a challenge for many women.

A new IUD called Liletta was approved by the FDA in March, as Rewire reported. Medicine 360—one of the companies marketing Liletta—is a nonprofit pharmaceutical company. It plans to work with clinics enrolled in the U.S. Department of Health and Human Services’ 340B Drug Pricing program to make sure Liletta is more affordable for its patients. Clinics in this program include Title X family planning clinics, STD clinics, federally qualified health centers, and typically serve low-income women.

It is unclear whether Liletta will be any less expensive than other IUDs for those women with private insurance.

The new study, however, suggests that even without a low-cost option, women with health insurance are already seeing relief because of the ACA’s contraceptive coverage guarantee. To determine this, researchers at Guttmacher analyzed inquiries made to Bayer, which manufacturers two of the four IUDs on the market.

The pharmaceutical company offers a service that allows health-care providers to check what a patient’s insurance will and will not cover. The study included more than 444,000 inquiries made between January 2012 and March 2014. This new report looks at potential costs for women considering IUDs, whereas other research has been limited to those who ultimately chose the method.

This analysis, therefore, potentially includes women who were put off by the upfront cost.

“As this study documents, the ACA is making these more expensive methods a realistic option for many women. More women can now choose a birth control method based on what works best for them as opposed to what they can afford,” Megan Kavanaugh, a senior research scientist at the Guttmacher Institute and one of the authors of the article, said in a press release.

The study did find some gaps in coverage still remain. Even in 2014 with the ACA in place, 13 percent of women said they had to pay at least something if they wanted to get an IUD. This may be explained in part by exemptions to the contraceptive mandate extended to some religious employers.