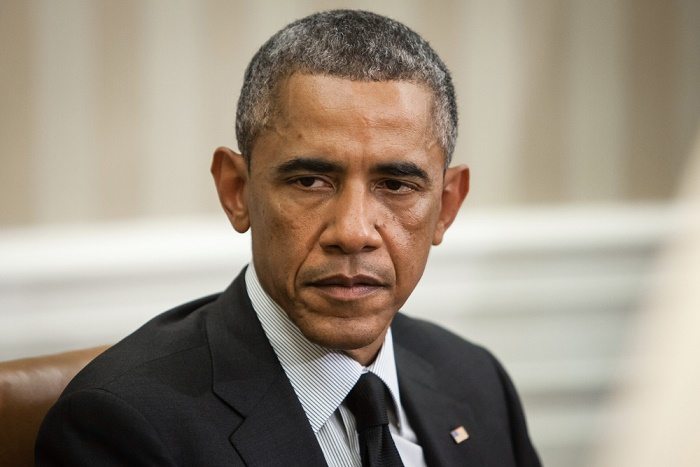 Obama drafted an executive order that would give all federal contract workers seven paid sick days per year, shortly after the administration recommended actions to close the gender pay gap for federal employees. Drop of Light / Shutterstock.com

President Obama on Wednesday drafted an executive order that would mandate seven days of annual paid sick leave for all federal contractors and their subcontractors, the New York Times reports.

The order, which is not final, would provide employees with paid sick days that would accrue year after year, and would cover not just an employee’s illness but also that of a family member or anyone “whose close association with the employee is the equivalent of a family relationship.”

The order would allow employees to take time off for medical attention, counseling, or legal issues related to domestic violence, sexual assault, or stalking.

The Obama administration also moved to address the gender pay gap last week when Beth Cobert, acting director of the Office of Personnel Management (OPM), issued new guidance that says agencies shouldn’t base a woman’s salary solely on her past earnings.

Women in government made 12.7 percent less than men in 2012, and Cobert noted that basing salaries on past earnings disadvantages women who take extended time off of work or who were paid less than they were worth in their last job.

Both actions continue the trend of the Obama administration using executive power to promote the kinds of family-friendly workplace policies that Republicans in Congress refuse to consider.

Obama raised the minimum wage for federal contractors to $10.10 an hour shortly after Republicans filibustered legislation to do the same for all workers; he ordered that all federal employees be given six weeks of advanced paid sick time to care for a new child; and he signed an executive order barring federal contractors from discriminating against LGBTQ people.

“This is one important step in reducing pay disparities and leveling the playing field for women and all workers who have suffered from unfair pay practices in the past,” Debra L. Ness, president of the National Partnership for Women and Families, said in a statement on the new OPM policy.

Ness added that while preliminary, reports on the draft executive order are “welcome and truly outstanding news.”

“The federal government should lead by example,” Ellen Bravo, executive director of Family Values @ Work, a coalition advocating for family-friendly workplace policies, said in a statement. “Such a move is precisely its role: to create model standards for the rest of the country to follow and to make sure taxpayer dollars are used wisely.”

Wednesday marked the 22nd anniversary of the passage of the Family and Medical Leave Act (FMLA), which guaranteed some U.S. workers 12 weeks of unpaid time off without losing their jobs.

But unpaid family or sick leave isn’t enough, advocates say. The United States is the only developed nation without guaranteed paid maternity leave, and 43 million U.S. workers don’t have access to a single paid sick day.

To commemorate the FMLA and push for further reforms, Sen. Patty Murray (D-WA) tried to get a vote in the Senate Wednesday on her national paid sick days bill, the Healthy Families Act, as well as her $12 minimum wage proposal.

Republicans blocked that effort, despite the bipartisan, filibuster-proof majority support the Healthy Families Act received in a symbolic vote this year.

Grassroots organizing efforts have helped push the issue of paid sick days into the public consciousness in recent years, enough that Obama included the issue in his most recent State of the Union Address.

Paid sick days laws have been passed or enacted in 25 jurisdictions—four states, one county, and now 20 cities with the passage of a new law this week in Pittsburgh.

Almost all of these laws have been passed just within the last four years, except San Francisco’s 2006 law and Washington, D.C.’s 2008 law that was expanded to include tipped workers in 2014.

That’s just another reason advocates are urging national action so that access to paid leave doesn’t depend on a worker’s zip code.

Voters seem persuaded by advocates’ arguments that paid sick days are good for families and businesses alike—that no one should have to choose between a paycheck and their health or their family, that no one should get sick at a restaurant because their ill server couldn’t afford to stay home, and that businesses can afford the policy.