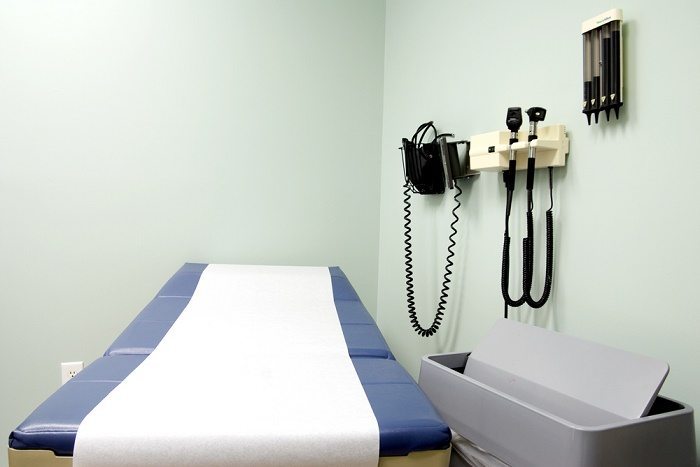 Despite all the hand-waving about fetal tissue, the multi-week attack on Planned Parenthood is really just about stoking conservative resentment and trying to keep young and low-income women from accessing reproductive health care. Shutterstock

Despite all the gross-out rhetoric and feigned outrage over the “new” revelation that abortions often produce fetal tissue, the multi-week assault on Planned Parenthood’s funding kickstarted by hoax videos made by an anti-choice group called the Center for Medical Progress isn’t really about abortion. It is, when you look past the deliberately distracting hyperbolic rhetoric, about trying, in any and every way possible, to make it harder for low-income and young women to access sexual health care like contraception and STI testing. Which, in turn, is part of a larger conservative attempt to use “abortion”—and other gambits like “religious freedom”—as cover to make healthy sexuality a luxury for the wealthy and inaccessible to everyone else.

With all the “look, a bloody fetus!” wailing going on, it might be hard to remember that, but the facts are the facts. Three important ones stand out.

1) The response of Republicans to these hoax videos has been to attack contraception funding, not the use of fetal tissue for research. If lawmakers were truly outraged at the idea that medical research is being done on fetal tissue, the logical response would be to draft legislation banning research on fetal tissue. Instead, congressional Republicans have drafted legislation that would end funding for things that have nothing to do with fetal tissue. The bill being voted on in the Senate Monday would terminate Title X and Medicaid money from going to Planned Parenthood. None of that money goes to abortion or to fetal tissue research. All of it—all of it—is for contraception, well-woman visits, Pap smears, STI testing and treatment, and basically any sexual health care that is not abortion, because federal money is not allowed to cover abortion. Many Republicans are claiming the money will go to other clinics, but that’s just deflection. Most of those clinics are already overloaded and cannot handle millions more gynecological patients. It’s important to look at what people do and not what they say. If you do that, it becomes clear that the target of this attack is affordable sexual health care through Planned Parenthood, and nothing else.

2) Many Republicans attacking Planned Parenthood support fetal tissue research. Another reason we know this is about depriving women of necessary health care is that many of the Republicans supporting this defunding effort actually voted in favor of medical research on fetal tissue in the past. Specifically, Sen. Mitch McConnell, who fast-tracked a bill to defund Planned Parenthood under the auspices of “gross fetal tissue!”, voted in 1993 to lift the ban on donating fetal tissue from legal abortions, and only now is deciding, when it’s politically opportune, that he opposes it. This is about preventing women, particularly low-income and young women, from being able to have sex without fear of disease or unwanted pregnancy.

3) This is part of a larger pattern of targeted attacks on contraception. This has to be read in context. There’s no long-standing or even current Republican efforts to separate medical researchers from the fetal tissue they’re studying. There has been, however, multiple efforts for years now to separate women from affordable contraception. There was the mass conservative hysteria when the Department of Health and Human Services made contraception part of the list of no-copay preventive health services; the multiple efforts to give employers (and fathers!) power to deny contraception coverage to women; the efforts to make emergency contraception harder to get; the attacks on IUD access; the push for abstinence-only (read: contraception-demonizing) programs; and, of course, the relentless drumbeat of anti-choice propaganda asserting that contraception is dangerous, ineffective, or “really” just abortion.

There are lots of theories about why the religious right is getting uglier about contraception: Aging conservative Christians are hating on young people; it’s part of a larger trend of conservatives becoming more radical; it’s becoming clear that it is contraception that tends to liberate women from traditional gender roles. But Republicans are more than aware that just banning contraception outright to throw the radical religious right a bone isn’t just illegal; it will backfire politically in the worst way. After all, most people, including people who claim to believe it’s wrong, use or have used contraception. Attacking the personal choices of everyone is well-known as a bad political tactic.

Instead, what anti-choice activists and conservatives are doing is instead reframing this issue in terms of politics of resentment. Few things rile up the conservative base—or get moderate-leaning people to feel more conservative—like insinuating that someone else, someone “less deserving,” is getting something for “free” or having some kind of fun that you don’t get. Sneering at someone buying brown instead of white eggs with food stamps is the sort of cheap thrill that drives many a conservative voter to the polls to vote their resentments.

The endless screaming outrage over Obamacare, too, including the birth control benefit, can be boiled down to this resentment impulse. The whole point of demonizing it as “socialized medicine” is to suggest that if everyone can get decent medical care, then it must, somehow, taint the medical care. Just as conservatives have grumped about marriage being less special if you have to let the gays in, and segregationists of the past carefully guarded white-only schools, it’s all about trying to keep things that ought to be rights as privileges for certain groups.

Adding sex to the mix only adds to the how-dare-they impulse, because sex is fun and fun is at the top of the list of things that resentful conservatives do not want other people, especially young and low-income women, getting. The attacks on Planned Parenthood would deny these women the ability to access sexual health care—including abortion and especially contraception—and, by extension, allow them to have more safe, healthy sex if they so choose.

All the screaming about fetal tissue gets attention, which is the point. But that is not what any of this is ultimately about. In the end, this is just like every other attack on insurance plans or health-care centers that make contraception affordable: It’s about undermining access to that care and reserving healthy sexuality as a privilege for the well-off, instead a right for us all. We should not allow ourselves to get distracted from that fact.