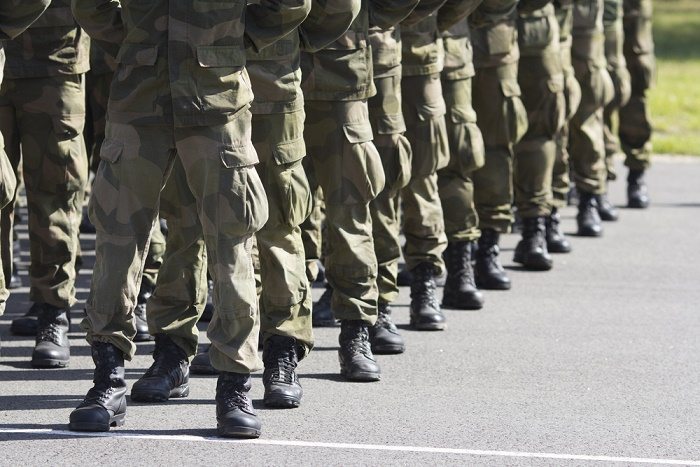 Calling the current ban on transgender military service members "outdated," Secretary of Defense Ash Carter announced Monday that the Department of Defense will start the process of lifting the ban and allowing transgender people to serve openly. Shutterstock

Calling the current ban on transgender military service members “outdated,” Secretary of Defense Ash Carter announced Monday that the Department of Defense will start the process of lifting the ban and allowing transgender people to serve openly.

“Openly” is the key—research estimates that roughly 15,500 transgender people already serve in the military even though there are rules against it.

“At a time when our troops have learned from experience that the most important qualification for service members should be whether they’re able and willing to do their job, our officers and enlisted personnel are faced with certain rules that tell them the opposite,” Carter said in a statement. “Moreover, we have transgender soldiers, sailors, airmen, and Marines—real, patriotic Americans—who I know are being hurt by an outdated, confusing, inconsistent approach that’s contrary to our value of service and individual merit.”

The Department of Defense, Carter said, will create a six-month working group to study the policy implications and work out the details.

The group likely won’t try to determine whether transgender people can serve, but rather how best to change policies in order to integrate them.

“At my direction, the working group will start with the presumption that transgender persons can serve openly without adverse impact on military effectiveness and readiness, unless and except where objective, practical impediments are identified,” Carter said.

This review period is necessary, advocates say, because there are medical and other issues that didn’t come into play with the 2011 repeal of Don’t Ask Don’t Tell, which allowed gay and lesbian individuals to serve openly.

“Every administrative policy needs to be discussed from grooming styles to uniforms. You don’t need to do a lot, but you do need to sit down and take a look,” Aaron Belkin, executive director of the Palm Center, a think tank that promotes the study of LGBT people in the armed forces, told TIME.

Other issues that may need to be addressed include whether the military will pay for the medical costs of gender transition, as well as which physical training standards will have to be met during different phases of transition.

Openly transgender people will not be able to join the military during the six-month review period, but decisions on whether to kick out those individuals who are already serving will be referred higher up the chain of command.

Officials hope not to force anyone out of service for being transgender during the review period.

“Transgender Americans have every right to serve their country openly and honestly, and for far too long, this discriminatory ban has robbed them of the dignity of doing so,” Human Rights Campaign President Chad Griffin said in a statement. “The time for ending the military’s longstanding ban on transgender service is long overdue.”