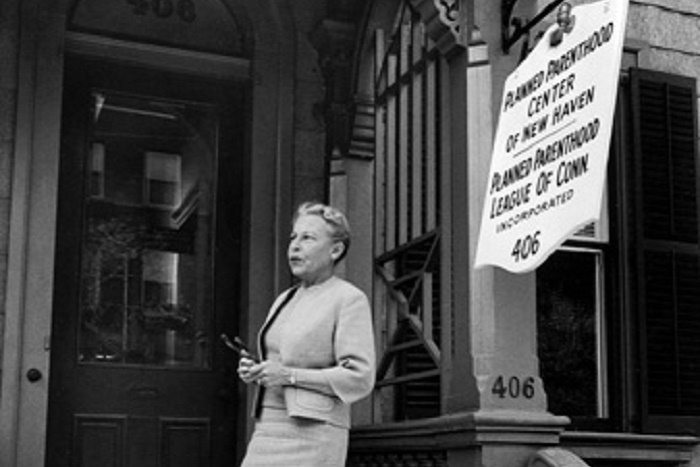 Stemming the tide of barriers to reproductive health care continues to require significant time and effort from countless dedicated individuals and organizations. It is hard work, but it is work worth doing to ensure that everyone has the ability to choose whether and when to have a child. Wikimedia Commons

Fifty years ago, birth control was illegal and there was no constitutional right to privacy.

It was available to many (with the usual caveats that the recipient had resources, lived in a place where it could be obtained discreetly, and so on)—but it was still illegal.

Following the law is generally an important responsibility of all Americans, but bad laws need to be challenged. So 50 years ago the American Civil Liberties Union of Connecticut threw its support behind the successful challenge to the 1879 Comstock Act.

In November 1961, Estelle Griswold courageously opened the doors to a new Planned Parenthood clinic in New Haven and prepared to be arrested. During the clinic’s short tenure, its workers illegally counseled patients on reproductive options and dispersed contraceptives. Within days of its opening, law enforcement predictably arrived to examine the scene.Soon after, police arrested Griswold and her co-conspirator Dr. C. Lee Buxton, a professor at the Yale School of Medicine; both faced criminal charges.

The first step of the plan was complete.

Griswold and a group of Yale lawyers, professors, and doctors, led by attorney Catherine Roraback, used the arrest to oppose the Comstock Act, which banned the use of contraceptives and punished those who aided or counseled the user with a fine of at least $40 or 60 days in prison.

Previous attempts to challenge or modify the rarely enforced law had failed, but this effort successfully landed on the Supreme Court’s docket after moving through the Connecticut state courts. On June 7, 1965, in a landmark decision, Justice William O. Douglas issued the majority opinion in Griswold v. Connecticut, striking down the Comstock Act as unconstitutional.

In Griswold, the Supreme Court recognized a constitutional right to reproductive choice, reading between the lines to locate a privacy right in the “penumbras,” or shadows, of the document. The opinion’s scope is narrow. It declares that a right to privacy exists for (implicitly heterosexual) marital relations—not for individuals. Further, the Court failed to acknowledge the significance of birth control access for gender equality. But for the first time, a right to privacy was identified in the United States Constitution.

Griswold v. Connecticut was the beginning of a significant expansion of legal rights. Seven years later, in 1972, Eisenstadt v. Baird extended contraceptive access to unmarried individuals. Relying heavily on the privacy right outlined in both of the contraception decisions, Roe v. Wade in 1973 and Planned Parenthood of Southeastern Pennsylvania v. Casey in 1993 affirmed the right to an abortion. Despite its limited focus, Griswold has come to be understood as a cornerstone of American reproductive and privacy rights.

Of course, those who spend their time working to preserve and expand civil liberties know that, in practice, these rights are neither secure nor universal.

Attempts to combine access to contraception and abortion are essentially omnipresent in American politics and law. The Court, the very same one (albeit with nine different justices in place) that 50 years ago affirmed the right to contraception, ruled last summer that “closely held” for-profit companies can, based on religious beliefs, decline to cover contraception through employer-sponsored insurance plans.

Financial and practical obstacles make it impossible for many to access reproductive care. Misinformation campaigns pervade our media and shape our law and policy. Burdensome requirements have forced the closure of health clinics, making access to the care and choice that the case law promises a fiction for many people. These laws hit hardest those who cannot afford to miss work or to travel, and who lack the flexibility to adapt to or evade these restrictions.

Stemming the tide of these barriers to equality continues to require significant time and effort from countless dedicated individuals and organizations.

It is hard work, but it is work worth doing to ensure that everyone has the ability to choose whether and when to have a child. Although we face persistent opposition, anniversaries such as this one can reinvigorate our efforts and remind us of our fitful progress.

Today, we celebrate how far we have come and remember how much further we have yet to go. This is a battle worth fighting, and we encourage every Connecticut resident to join us in the protection of women’s rights and the right to privacy, both of which were the result of Griswold v. Connecticut, decided 50 years ago on June, 7, 1965.