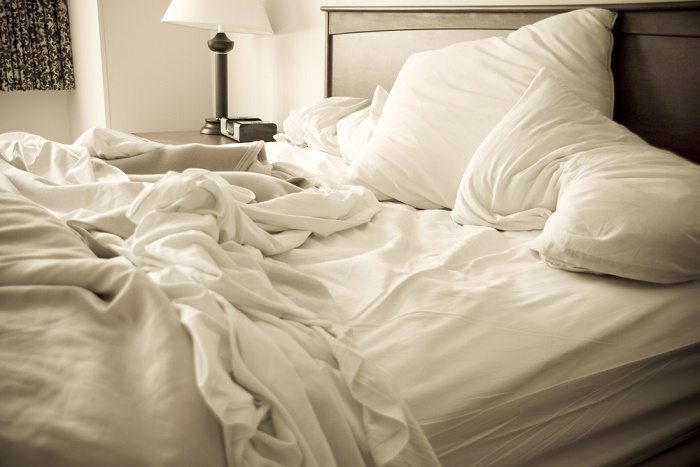 Unlike what a recent Elle.com article suggests, I can’t think of anything with a sexier payoff than spending time discussing the logistics of mutual pleasure. Shutterstock

When people started talking about an Elle.com piece on consent this week, I cringed—not just because I was offended by the author’s poetically alarmist screed against using the word “rape” in situations where consent does not clearly exist, but because if I had read this piece five years ago, I likely would have agreed with much of it wholeheartedly.

Like the author, I have had enjoyable and desired sex in situations that look very much like the situations in which other people have been raped. The first time I encountered a definition of rape like the one included in the California “yes means yes” law the author disparages, I was wildly uncomfortable with it. That language reads:

Lack of protest or resistance does not mean consent, nor does silence mean consent. Affirmative consent must be ongoing throughout a sexual activity and can be revoked at any time. The existence of a dating relationship between the persons involved, or the fact of past sexual relations between them should never … be assumed to be an indicator of consent.

I was especially uncomfortable with the idea that it might be applied to sex I’d had in the past, or sex I wanted to have in the future. What was wrong with “no means no”? I had no idea that in broadcasting my discomfort, I was stigmatizing and alienating rape survivors who didn’t play the part of a “model” rape victim, and encouraging others to do the same. Further, by downplaying the importance of speaking up at the time of a sexual encounter, I was dismissing my own needs and desires and preventing myself and my partner from being open and honest during sex.

I grew up in a household that talked about sex in very frank terms, when it came to procreation. The concept of pleasure during sex was referred to vaguely, when it was mentioned at all, and always came with a heavy helping of “not until you’re married and want kids.” As a result, everything I learned about the pleasure of sex came from clandestinely read romance novels and the worst of what the late-’90s Internet had to offer on free “erotica” websites. The heroines of these stories were pure, virginal. She never wanted to do the sex, but the manly man hero wore her down, bit by bit—or bowled her over all at once—by making her “feel things she’s never felt before.” The hero, of course, has such a wealth of sexual experience that he somehow knows exactly how to make every single woman he has sex with orgasm without her ever saying a single word.

I devoured these stories as a horny teenager. Periodically, my stash of books would be discovered and discarded. I’d get a lecture about how I shouldn’t be reading that trash because it would “ruin me for real sex,” and I’d pick a new spot for my stash and start over. Though I strongly disagreed with her at the time (and still disagree with her as to the specifics), I admit my mom had a point: The sex I encountered in the romance novels and erotica I read ranged from spectacularly unrealistic to outright terrifying. The heroines of these stories had little to no agency, and no control over whether or not they had sex, much less what kind of sex they had. And since I had no other context, I had no idea I was constructing my framework for what pleasure in sex should look like from rape fantasies.

Fast forward to college, and me having a lot of mediocre-to-bad sex because it turned out that no, none of these awkward teens actually could read my mind and make me “feel things I’ve never felt before.” I assumed that if I got the best I could at Doing Sex to other people, eventually I’d encounter someone who could give me the kind of mind-reading-and-blowing sexual experience I’d been waiting my whole life for. This didn’t happen. Instead, I settled into a relationship with and then a marriage to someone I enjoyed Doing Sex To, presuming that the energy and enthusiasm I brought to our sex life would eventually translate into the transcendental experience I longed for. That didn’t happen either.

It took us a while to figure out what was wrong. The sex we had was physically satisfying, but still left us frustrated. Separately, we read books and advice columns, trying to find that one tip, that one trick that would finally give us the kind of sexual connection we felt was lacking. Eventually, we realized: even though we were talking about everything else in our lives, we weren’t really talking about sex—before, during, or after—and our sex life was suffering because of it.

Confronting this fact was hard. Really, really hard. I had to fight through years of expectations that someone else would show me what I found pleasurable to the realization that I needed to figure my desires out for myself, and then communicate them, in order for them to be met. And, sure, that felt like a letdown—who doesn’t want to be overwhelmed by pleasure without making any effort to communicate what they find pleasurable? But this letdown was inevitable. I had based my expectations of myself and my partners during sex on a fantasy that, frankly, was more than a little selfish, when I translated it into reality. Even the most experienced partner couldn’t fulfill my desires if I never told them what those desires were, especially not if I didn’t know what they were myself.

But this realization was only the beginning; the real work started when my husband and I actually started talking about my thoughts. I was surprised to hear that Sam had been having a lot of parallel thoughts. He was aware of our mutual frustration, but didn’t know how to address it. He had grown up in a heavily religious household, and had learned about pleasure in sex primarily from heavily scripted porn, which left him feeling like either of us speaking up about sex (especially during sex) was going “off-script.” But not talking about sex wasn’t working for him any better than it was for me. “I felt like I was failing at sex, I wasn’t able to achieve the right state of mind, I didn’t know the right techniques, I wasn’t being creative enough,” he told me. He wanted to get better at pleasing me, and was frustrated and ashamed that he couldn’t seem to do it on his own.

That Sam was feeling this way, and that these feelings made him even less inclined to talk openly about his desires and frustrations, shouldn’t have surprised me. I had been stuck in the same boat before I crawled my way out of my comfort zone and actually started saying things about what I did and didn’t like about sex to the person I was having sex with (out loud, during sex, when he’d have a chance to appropriately respond to them). But it was a surprise, as my feelings were a surprise to him, because we had both been trying separately to solve a problem that was both of ours to solve together. We had to change tactics.

We decided to take a radical step, and start over from the ground up, with a tool designed for partners who haven’t yet started having sex: Scarleteen’s “Yes, No, Maybe So” survey. Going through this list together was more than a little embarrassing. Not only did we realize how much of this stuff Sam and I had avoided discussing in the many years we had been together—I also found that I had wrongly assumed that Sam was as comfortable with certain things as I was, and vice versa. It’s not exactly pleasant to find out that you’ve been unknowingly making sexytimes less sexy for someone you care about deeply, or even worse, hurting them.

But the survey didn’t only serve as a prompt for painful realizations; it also gave us a vocabulary and talking points we didn’t realize we were lacking to give voice to the things we did like, find sexy, and want to do to each other. I’d be lying if I said it wasn’t hard to stay on task—there were a lot of non sequiturs of both the sexy and mundane varieties. It took a lot of hard work to be open and honest about what we found pleasurable, what we didn’t find pleasurable, and how to share these things with each other in ways that make us feel safe, loved, and sexy. It takes a lot of work to continue this dialogue, because the impulse to just have sex (and not talk about it) is strong.

On top of myriad societal influences that tell us talking about sex is “dirty” or shameful in some way, giving voice to desires makes us extremely vulnerable. Once someone knows what you desire, they can choose to use that knowledge to hurt you; if you never tell them, they never have that opportunity.

But if you never tell them your desires, they also never have the opportunity to fulfill your desires. Having your every desire met in an experience that transcends all necessity for language is a nice fantasy, but it’s just that: a fantasy. In real life, a lot has to be communicated beforehand. You might think all this hard work would take the spice out of sex, but you’d be wrong. I can’t think of anything with a sexier payoff than spending time discussing the logistics of mutual pleasure.

After all, having done that hard work, we can relax into a safe, sexy space we’ve created, where we feel comfortable saying, “Hey, can we try this?” “Hey, this isn’t working,” and “Ohhh, please keep doing that,” and be secure in the knowledge that everyone involved is having a fun, sexy time.