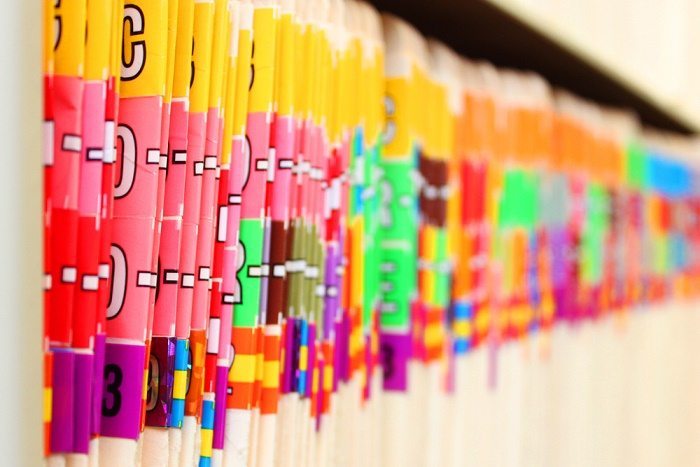 As an abortion provider, I now make a practice of using gender-inclusive language. Shutterstock

In a column for The Nation last Friday, writer Katha Pollitt questioned the push among reproductive justice activists to use gender-inclusive language when talking about abortion. Pollitt claimed that such rhetoric “render[s] invisible half of the population and 99.999 percent of those who get pregnant.”

I’m a physician who provides abortions. I’m a physician who provides medical therapy for transgender patients. Both areas of care, for me, are aspects of the same commitment: to provide necessary, lifesaving services that center my patients’ autonomy. Still, I’ll readily admit that I, too, was confused at first by calls to use language with regard to reproductive rights and justice that would be inclusive of transgender men and nonbinary individuals. It seemed like common sense to me that of course my pregnant patients were women and would be referred to as such. As a progressive, though, one of the important lessons I’ve learned is that what looks like “common sense” is often a reflection of unexamined biases. And I’ve realized that assuming every person seeking an abortion is a cisgender woman just further reproduces the prejudices that render transgender people invisible and vulnerable.

On the same day The Nation ran Pollitt’s piece, Reuters reported on a survey of trans men regarding health-care use; more than three-quarters of the individuals had transitioned medically, meaning they were using hormone replacement therapy and/or had obtained surgical treatment. Forty-two percent of the respondents reported experiencing health-care discrimination, including denial of equal treatment, verbal harassment, and/or physical assault. Furthermore, the survey respondents disproportionately reflected a privileged minority of transgender individuals: white, college-educated, employed, privately insured trans men. That figure is undoubtedly higher among less well-off demographic groups of trans men and nonbinary people.

Cisgender people, particularly white individuals, have the privilege when seeking health care of being able to present as their authentic selves without fear. Transgender people, especially people of color, do not. Dr. Kortney Ryan Ziegler, an Oakland, California-based filmmaker, writer, and scholar who is also a Black transgender man, told me that for himself and other trans men he knows, the experience of accessing medical services is fraught with bodily exposure and the risk of discrimination.

For instance, while traveling out of town once, he went to an urgent care clinic for a cold. “The nurse noticed I had a prescription for testosterone and asked me about it. So I ‘came out’ to some random [registered nurse] because I had a cold, [even though] it had nothing to do with anything else,” he said.

He also recalled clearly how, while still presenting as a Black “woman,” “there were many times I know my race played an important role in how I was (mis)treated.”

Explicitly inclusive language is meaningfully beneficial to people like Ziegler, he says, because it can help ameliorate the harms of the fear of being harassed or mistreated: When such rhetoric is used, it can signal that trans men and nonbinary trans people are more likely to be acknowledged and accepted as themselves.

As an abortion provider working in a conservative area of the country, I’ll readily state that nearly all of my patients present as cisgender women. Does that mean that they all are cisgender women, though? We live in a cisnormative society, meaning that the experiences of cisgender people are overwhelmingly centered. In addition to the aforementioned risk of health-care discrimination, visibly trans individuals are subject to employment and other economic discrimination, family and partner rejection, housing discrimination, and a very real danger of violence. When this is the known price of coming out as trans, it’s one many people feel unable to pay.

Feminists like Pollitt who argue against inclusive language assert that because “99.999 percent of the population” seeking abortions are cis women, it is inaccurate and inappropriate to use gender-inclusive language. So how many trans people are we really talking about? It’s more than 0.001 percent. Suppose you time-traveled back to the 1950s and asked the average physician how many of his or her patients were gay. They would probably respond, “None” or, “Maybe one or two.” It’d be easy to conclude, therefore, that 99.999 percent of all people were straight, so there’d be no need to include any forms of non-heterosexual orientation in language or activism. Assuming the proportion of non-heterosexual people has stayed roughly constant, though, our 1950s physician likely did have a number of gay, lesbian, or bisexual patients. The doctor simply took them to be heterosexual. They may have even presented themselves as such, out of a legitimate fear that the physician would behave prejudicially toward them.

So the truth is, we don’t know what proportion of the population is transgender. The blog FiveThirtyEight covered this last year: No national surveys ask the question, and “even if they did, the responses might not be reliable because some people are afraid to answer, while others disagree on what ‘transgender’ even means.” But we do know that trans and genderqueer people within the reproductive rights movement are calling, in significant numbers, to be included.

When those in the reproductive justice movement prioritize trans inclusivity, more trans individuals feel comfortable publicly identifying as such. Furthermore, that visibility can guide people who’d previously lacked the tools to articulate their feelings of difference. Anna Rubin, who was assigned female at birth, identifies as agender, and uses the pronoun “they,” says they were able to figure out they were trans while researching the best uses for inclusive language at their then-employer, a reproductive rights nonprofit.

When writing a blog post for the nonprofit, Rubin had used the term “trans*.” The use of the asterisk is controversial: Some cisgender people have advocated for the asterisk to include transvestites, who are cisgender, so many trans people feel that it represents an attempt by cis people to encroach on the trans identity. “Somebody called me out on using [the asterisk],” Rubin said. “Wanting to do the right thing pushed me toward resources that helped me figure me out.”

In turn, that self-realization equipped Rubin with a way to push back against gendered language.

“Even before I figured out that I was trans,” Rubin said, “I’d not identified strongly with the label ‘woman.’ [So] it was kind of an overload when I came onboard [the organization] and started getting hammered with it. I felt so alienated before I even figured out why.”

This, Rubin continued, reflected the implicit and explicit discrimination they saw in the wider movement. “I was also made uncomfortable by the lack of respect shown to trans people in the movement. … It was really hard to hear, ‘I think genderqueer people are just confused,’ when I was trying on the label ‘genderqueer’ for myself,” they said.

As a result, Rubin said, “I was miserable under the weight of the assumptions. … I feel like I rushed myself out of the closet in order to confront them with someone they needed to respect. Because when I tried to advocate for myself, and people like me, without being able to say, ‘Hey, this is important to me as a trans person,’ I got such disappointing pushback. [But] once it was pointed out that there was a real problem that affected a real person that they saw every day, they changed.”

Parker Molloy, a journalist who is a transgender woman, sees gendered pro-choice slogans of the past as entirely compatible with an increasing understanding of gender variation—and a corresponding update to our word choice. For example, with regard to the frequently invoked phrase “Trust Women,” Molloy said, “In its truest, most earnest form, it is a promotion of bodily autonomy. It’s trusting an individual to make their own choices, and eliminating gatekeepers. … Trans existence and identities push back against social expectations, push back on the idea that someone else should be given control of our bodies, and push back on the concept that biology is destiny.”

“Trust Women,” in other words, is a call to respect bodily autonomy, and that same respect can now compel us to update our language.

The category “women” doesn’t map neatly onto the category “people who can get pregnant,” and not just because people who aren’t women can and do get pregnant. Many women, conversely, are unable to get pregnant. Some of those women are trans, and others have reproductive tract anomalies that make pregnancy impossible.

In addition, reproductive justice advocates, including trans activists, have called for deemphasizing anatomical language as a rallying call. A trans-inclusive worldview is one that acknowledges that there are women (and nonbinary people) who have testes and penises, and men (and nonbinary people) who have vulvas and vaginas. A laser focus on genital anatomy is one of the major ways that cisgender gatekeepers exclude, ostracize, and disbelieve trans people. Cisgender solidarity around presumed shared genital anatomy, too, is a way trans people are excluded and erased. Given that, it makes sense that centering reproductive rights language around specific anatomy can strike trans people as both deliberately exclusionary and reinforcing of their dysphoria.

Furthermore, rejecting anatomy-centered language is also about centering lived experiences. Objections from trans people and supporters to the constant association of “abortion” with “vaginas” have often been met with ridicule from many, including left-liberals: “How could abortion not be about vaginas? It involves a vagina! That’s how you get pregnant and where you have the abortion!”

To that I would simply ask: Is parenting about vaginas? Or, if you prefer: Is motherhood about vaginas? Would we use vaginas as the symbol of parenthood? Should we title, say, a maternity-leave advocacy group “Lady-Parts Leave Equality”? Should a proposed affordable child-care bill be called the “Vagina Defense Alliance”?

We wouldn’t, because we see that parenthood is about lives and families, and incidentally involves vaginas in the physical logistics along the way. Abortion, too, is about lives and families. Historically, it’s been anti-abortion activists who wanted to make abortion about naughty, dirty sex and vaginas; pro-choice activists saw abortion as being about autonomy, the full realization of all of us as humans, whether or not we have the capacity to get pregnant. So it’s perplexing to me to see mainstream left-liberals insisting on titling their abortion events after genitals. I’m all for refusing shame, but that’s an emphasis that detracts from the actual significance of abortions for the people having them.

And, again, it is not as if gender-inclusive language hurts cisgender women. As an abortion provider, I now make a practice of using it—not only when speaking about the issue on traditional and social media, but also when talking to my patients. Never once have I felt that any of my cisgender patients was harmed, confused, or distressed by my talking about “pregnant people.”

When we frame abortion access around autonomy, we should also understand this parallel: Justice for transgender people, too, is a question of bodily and personal autonomy. As physicians and as reproductive justice activists, we are called to recognize each person’s right to inhabit their true gender, rather than participate in forcing them into the category they were assigned at birth. That means that we must give primacy to people’s understanding of themselves. We can’t advocate that each pregnant person be able to effect the best decision for themselves—while simultaneously insisting that people who aren’t cisgender should go along silently with language in which they don’t exist.