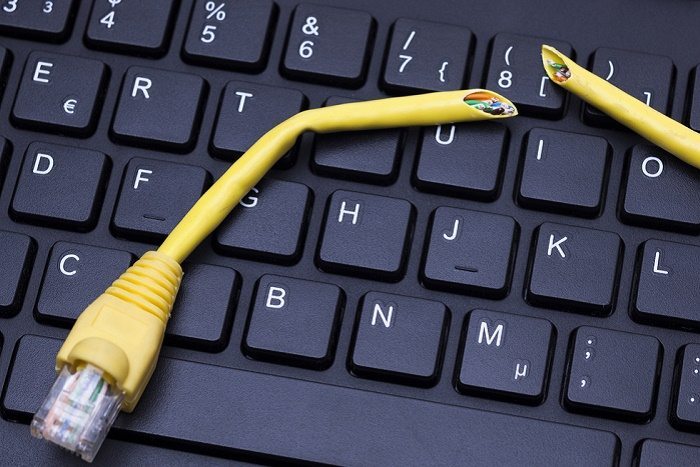 Contrary to the narratives being pushed by some in the activism community, the win in the fight for net neutrality wasn’t because liberals managed to somehow "want" it badly enough. This was not a matter of willpower, but one of enormous force, bluntly applied. Shutterstock

Getting a favorable net neutrality ruling was a huge victory. I’m thrilled.

That said, I want to be very clear-headed about how we got here. Contrary to the narratives being pushed by some in the activism community, it wasn’t because liberals and grassroots activists managed to somehow want this win badly enough. This was not a matter of willpower, but one of enormous force, bluntly applied. You could even credibly argue that it was the victory of one business sector over another.

To start, let’s sum up the opposing teams. On one side, there were the well-connected, moneyed telecommunications and cable companies; the powerful business community representatives lobbying for the recording and music industries; and the politicians who get contributions from those industries. Normally, this much support from the private sector would be more than enough to get a law passed.

On the pro-net neutrality side, meanwhile, there was a potential support base of everyone who’s tired of the United States’ slow and expensive Internet service, which ranks behind dozens of other countries. But dislike alone doesn’t necessarily turn into political action. When the first major anti-net neutrality bills, the Stop Online Piracy Act (SOPA) and the PROTECT IP Act (PIPA), surfaced in early 2012, 115,000 websites featured front-page messaging about the laws on January 8 of that year, including software industry giants like Google, Reddit, Flickr, Tumblr, and Wikipedia. Wikipedia’s blackout, in particular, made a huge impact on youth awareness and participation. Legislators’ offices were overwhelmed with calls and emails. SOPA and PIPA both subsequently fizzled in Congress.

Two years later, when the issue resurfaced, more than 3.4 million public comments were submitted to the Federal Communications Commission (FCC), a record indicating massive grassroots awareness and support. This was helped along by John Oliver’s call for public comments, which crashed the FCC servers. In addition, a broad range of advocates united to form a coalition, including such dramatically varying groups as the Christian Coalition, the AARP, NARAL, Gun Owners of America, MoveOn.org, and almost 100 racial justice organizations. Several dozen individuals also camped out at the FCC headquarters for a week. And finally, we here at Rewire joined in; thanks again to the 1,399 of you who united behind our call for public comments and wrote your own letter to the FCC!

All this, and here’s what we won: An appointed executive board for a Democratic administration voted in favor of doing something that is overwhelmingly popular and good for the majority of businesses who depend on the Internet as a necessary communication utility. Again, that’s worth celebrating. But what if you wanted to replicate that?

I’m mindful, after all, that the Citizens United decision has unleashed a flood of money into politics and elections, with its novel interpretation of funding as the equivalent of free speech. Relatively little of this money is going to support causes I care about.

People who follow politics commonly attribute losses to supporters having too little “backbone,” not “wanting” the outcome enough, being too divided, not reaching certain audiences well enough, failing to select the right goals or candidates, or having the wrong messaging. Sometimes these criticisms are the right ones, but when public interest gets pushed aside in politics, this is the reason the majority of the time: There was neither enough money nor grassroots participation, by several orders of magnitude, to even have a chance.

Most political decisions happen because business community activists hire lobbyists to write laws in their favor, and contribute to politicians who will work to pass those laws. Often, these business-led policies aren’t in the public interest, or even popular. But the challenges in getting enough of the public organized and involved in specific political fights make the bar for changing this process very high.

It’s challenging to raise enough awareness and energy on an issue to get 10,000 names on a petition, or to get 1,000 people to write their representatives; and though that’s still not usually enough to win, you have to start somewhere. It’s about as challenging as that to get 100 people to pick up the phone and call that representative; we’re all very busy. And if you need people to canvass their neighbors, wow, that is harder. A lot of small groups and volunteers fighting righteously against difficult odds face tremendous obstacles in getting their message out, or connecting potential supporters with collective opportunities to make a difference.

Make no mistake, building those connections with others who agree with you is every bit as important as contacting the people who ultimately make the decisions. Even the most brilliantly reasoned argument is likely to fail against an opposition that’s effectively mobilized more people or resources. Politics isn’t a best essay contest; it’s a popularity contest. The difference between an effective petition and a crank letter, for instance, is mostly the weight of the signatures at the bottom.

To put things in another light, there exists a currently serving elected official who believes that cancer is a fungus that can be flushed out of the body with salt water. That is real. People voted for this individual to represent them in the Nevada assembly, and in all likelihood they will do so again—because this lawmaker’s opponents will be fighting in an environment that is consistently tilted against them. Think about the decades of work, money, personal and cultural outreach that had to be done to make the election of such a person possible. You aren’t likely to beat that legacy of effort with any single push of a particular emotional quality, character trait, unity, message, or strength of will.

So don’t just give me stories about the perception problems your issue has, or how your activists just aren’t passionate or focused enough. It’s a lot more likely that your issue has a resource gap—perhaps a longstanding one that can’t be resolved in the short term, leading directly to an information and participation gap. While you should absolutely fight like hell for what you believe in no matter what, and self-reflection is a fine, fine virtue, sometimes you’re going to be overwhelmed, and you shouldn’t necessarily berate yourself over it too much.

I bring all this up because I would like to win more things. That won’t happen if more people aren’t aware of the amount of work it really takes to win—which is a lot. Because if you’re on my side in politics, we’re not going to be able to beat the other side on money very often, though some is necessary. We need people. Lots and lots of people getting engaged all year, every year, and doing whatever—writing letters, signing petitions, making phone calls, talking to neighbors, voting, showing up to rallies, raising funds, building alliances, getting educated, contacting representatives—they can think of, and are personally capable of, to make it happen.

Often, multiple tactics over a period of years will be necessary to win through grassroots organizing. Google and Wikipedia are almost certainly not going to be on your side. There’s no secret sauce. There’s just the grind of building support, contacting decision-makers, turning out supporters, and then doing it all over again. It’s always hard.

The belief that it can ever be easy or that victory would be ours with one simple change can be, in my opinion, as big a hindrance as outside obstacles. If we hope to make good decisions about what to do, we should know what we’re up against and fight the urge to let it dishearten us.

As Robert Heinlein wrote once, “Certainly the game is rigged. Don’t let that stop you; if you don’t bet you can’t win.”