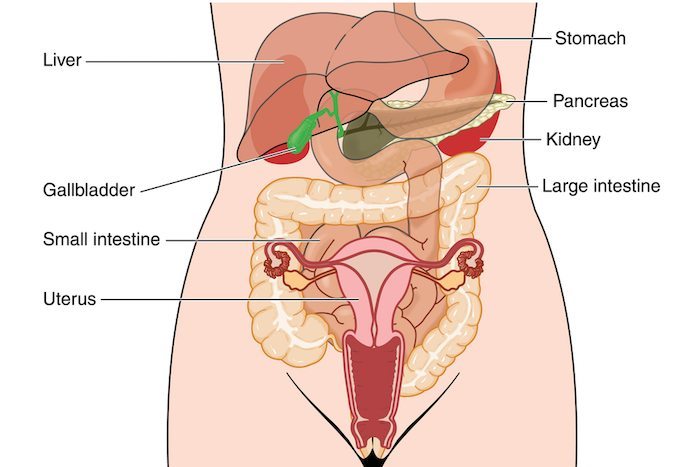 A lack of understanding of basic anatomy can have enormous consequences on both a personal and legislative level. Shutterstock

Even as they exert efforts to control women’s sexuality, Republican lawmakers and commentators have demonstrated a stark lack of understanding of basic female anatomy and reproduction in recent years. When Rush Limbaugh used Sandra Fluke’s need to take the birth control pill every day as an indication that she must be having a lot of sex, it became clear he knew little about the mechanisms of ovulation and contraception. Meanwhile, who could forget then-Rep. Todd Akin’s claims that the female reproductive tract can “shut the whole thing down” so pregnancy won’t occur after rape? And on Monday, Idaho lawmaker Vito Barbieri appeared during a hearing to not know whether the uterus is connected to the stomach—a question he brought up while attempting to restrict reproductive rights in his home state.

This doesn’t just call into question Barbieri’s familiarity with the very processes he’s trying to coercively legislate—it also serves as a reminder of the dire lack of sex education throughout the country. Because although Barbieri may have claimed later that his question was rhetorical, many young people may not actually learn that what goes in a woman’s mouth will never, ever come out her vagina.

Barbieri’s comment came during a hearing on a bill that would ban doctors from providing abortion drugs through telemedicine by requiring them to examine a patient in person. As Rewire has reported, telemedicine is used to help women, particularly those in rural areas, who do not live near an abortion provider. Through the telemedicine process, women receive abortion medication at a local health clinic, where they sit with a nurse and speak with their doctor via video conferencing tools. Telemedicine abortion care is only available in Iowa and Minnesota, and 16 states have specifically banned the practice.

As Dr. Julie Madsen testified against the bill and explained to lawmakers how telemedicine can be useful, she brought up colonoscopies, during which patients swallow pill-sized cameras that travel through the digestive system and send pictures to doctors thousands of miles of away for evaluation. Barbieri asked whether something similar could be done around abortion procedures: “Can this same procedure then be done in a pregnancy? Swallowing a camera and helping the doctor determine what the situation is?”

Madsen answered matter of factly, “It cannot be done in pregnancy, simply because when you swallow a pill it would not end up in the vagina.”

As others in the chamber giggled audibly, Barbieri responded, “Fascinating. That certainly makes sense, doctor.”

After a subsequent Internet explosion making fun of the legislator for apparently not knowing that the digestive and reproductive tracts are separate entities, Barbieri shot back that he was asking a rhetorical question designed to make that very point. As he told the Spokesman-Review late Monday, “[Madsen] was drawing a parallel between a colonoscopy and how much more dangerous it was than a chemical abortion. So, I was trying to draw out the distinctions.”

Barbieri did not sound sarcastic on the tape, but his claim that his question was posed to make a point is plausible, and we might as well give him the benefit of the doubt. That said, it’s also plausible that someone could believe that swallowing a camera could take a picture of a pregnancy. After all, most of us are told as children that we grew in our mommy’s “tummy.” Unless that oversimplification is corrected either by our parents or a sex ed class, misunderstandings can easily remain.

In Barbieri’s state, at least, there’s no guarantee that students will ever learn basic reproductive anatomy. Idaho does not mandate that schools teach sex ed at all. If schools do teach it, the law leaves most decisions about the curriculum up to each district, though it does say that sex ed in the state must be “factual, medically accurate, objective, and developmentally appropriate.” So teachers can’t actively give incorrect information—like pretending babies grow in “tummies.”

But state law also says teachers have to give students “the scientific, psychological information for understanding sex and its relation to the miracle of life.” The Idaho Content Standards for Health say students should learn about the “consequences of sexual activity” beginning in sixth grade and that information provided to high school students should include “encouragement of abstinence from sexual activity, sexually transmitted diseases [STDs] including HIV, pregnancy prevention, and methods of prevention.”

Those same content standards state that by the seventh or eight grade students should be able to “label the major components of each body system and identify the relationship to overall health.” Hopefully, this would include all parts of the female reproductive system. However, it’s hard to have faith that that is true across the board when one considers the other focuses of the Idaho sexuality education law: Classes must also include “knowledge of the power of the sex drive and the necessity of controlling that drive by self-discipline.” Nowhere do those guidelines specifically mention reproductive anatomy, leaving room for schools to intentionally or unintentionally forget to mention the vulva, vagina, and uterus.

I’m sure there are schools in Idaho—and across the United States—that are doing a good job providing students with a sexuality education that teaches them about anatomy and much more. But without regulations specifically requiring classes that teach young people about reproductive biology, I fear too many students are graduating without knowing enough to have laughed at Barbieri’s remarks (rhetorical or not).

There is, unfortunately, a precedent for the avoidance of these topics. A report on sexuality education in New York, for example, noted that two-thirds of districts that taught about anatomy included no mention of vulvas. And few could forget Holt’s Lifetime Health textbook, still used throughout the country, which describes the vagina simply as “the organ that receives sperm during reproduction.”

This dearth of instruction can have lasting effects. I’m teaching a course this semester that’s made up of college juniors and seniors. Last week, we were discussing body image and, in particular, how women feel about their own genitals. I realized a few sentences in that not everyone knew what I was talking about when I used the terms vulva and labia. So I put a line drawing of external female anatomy up on the screen—one that’s apparently missing from many sex education courses. Students were fascinated. A number of them (all women, by the way) admitted that they hadn’t realized women had three different holes “down there”: the urethra (which is attached to the bladder and allows urine to come out); the vagina (which is attached to the uterus and is where a baby comes out); and the anus (which is not part of the genitals but is close by and is where feces come out).

As alarmed and snarky as I want to be about the possibility that Rep. Barbieri did not know that the uterus is not part of the digestive system, part of me just isn’t surprised. If these young people in my class made it halfway through college without realizing that the vagina isn’t where urine comes out, any amount of misinformation seems possible.

So instead of just making of fun of the lawmakers and commentators who keep getting it wrong—or at least after we have a quick laugh at their expense—we have to remember that no one is born knowing exactly where or what a cervix is. They have to learn. We can start by dispensing with the cutesy talk and telling little kids that they grew in a uterus and that external female genitalia is called the vulva, not the vagina. Then we have to get serious about sex education—because as funny as this whole thing sounds, a lack of understanding of basic anatomy can have enormous consequences on both a personal and legislative level.