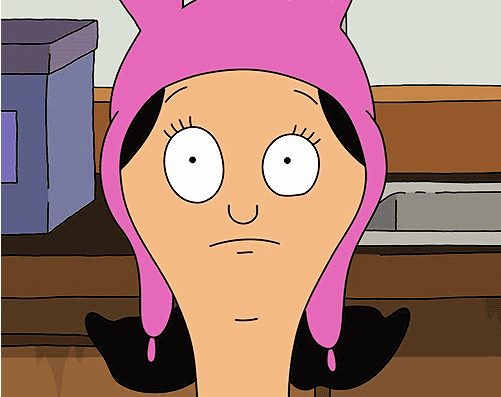 In which I attempt to explain the birth control benefit and the related shenanigans in GIFs. Imani Gandy

Well, you’re in luck, because I believe that every thinking person in this country should know exactly what is going on with the birth control benefit and how the religious right is wielding the First Amendment and the Religious Freedom Restoration Act as a weapon against your rights, human. At the same time, I understand that this stuff can get complicated and confusing. But fear ye not—I’m here to help!

So with more ado than is probably necessary, I will attempt to explain the birth control benefit and the related shenanigans in GIFs.

In December 2009, the Women’s Health Amendment passed, giving women nationwide hope that their health care wouldn’t be fifty-eleven times more expensive than it is for men. Because we love gender equality in the delivery of health-care services, we were all:

But we were still a little bit concerned that the Affordable Care Act wouldn’t pass at all, because conservatives and Fox News denizens were constantly screaming about death panels and the Kenyan Usurper trying to kill your grandma. So we waited anxiously to see what would happen:

But then Obamacare passed! And we were all, “Hooray!”

I know, right? But when you think about it, it makes sense. After all, employer-provided health insurance is an earned benefit and employees should be able to do whatever they want with it—even buy contraception.

But really, it’s not that big of a deal. Contraception is health care, after all. Besides, most people supported the idea; at least according to this New York Times/CBS poll from February 2012.

Contrary to what the likes of Rush Limbaugh and Patricia Heaton would have you believe, however, contraception isn’t about sluts trying to make the government pay for their slut pills. It’s about people being able to choose whether and when to have children.

And even though hella Catholics (that’s a technical term) use birth control, the religious right decided that requiring employers to include contraception in their health plans was, like, the worst thing ever and an affront to Jesus’s sensibilities.

The Obama administration attempted to appease the birth control benefit naysayers by offering a compromise, probably because an election year was looming on the horizon, and he wanted the religious right off his damn back already.

The compromise was simple: Certain organizations like churches and houses of worship — places that are super Jesus-y and employ and serve equally Jesus-y people — could exclude contraceptive coverage from their health insurance plans.

Other religious organizations—nonprofit organizations like schools and Catholic charities and such—would be able to opt out of the birth control benefit by saying to their insurer (or third-party administrator, if they were self-insured), “Hey! We don’t like contraceptive coverage and we’re not going to offer it!” in which case the insurer (or third-party administrator) would be like, “Cool!” and step in and provide contraceptive coverage.

To notify their insurer, all they would have to do is fill out a form—Form 700. (Remember Form 700—it’s important.)

This accommodation was a win-win situation because the employer wouldn’t have to provide contraception, but employees could still get contraception directly from the insurer. Well done!

Some religious folks loved the compromise. They couldn’t get enough of it. Carol Keehan, president of the Catholic Health Association (CHA), which represents over 600 hospitals and 1,400 other health facilities, and is the largest group of nonprofit health-care providers in the United States was happy: “The Catholic Health Association is very pleased with the White House announcement that a resolution has been reached that protects the religious liberty and conscience rights of Catholic institutions.” That’s what she said when the accommodation was first announced in February 2012.

The Catholic bishops, however, remained opposed to the birth control benefit because of course they did.

And then the Catholic Health Association changed its mind.

The CHA decided that too few organizations were exempt. It thought that any organization should be considered “religious” as long as it “shares common religious bonds and convictions with the church.”

Meanwhile, arts and crafts giant Hobby Lobby and a bunch of other for-profit organizations sued the Obama administration because they were just dying to tell their employees what they can and cannot buy with their own earned health insurance dollars. What can they not buy? Contraception. What can they buy? Viagra.

They claim it’s about religious liberty and their for-profit commercial enterprises being guided by the Bible, but do you buy that?

I didn’t think so.

—a bunch of religious nonprofits like Wheaton College and Notre Dame began filing lawsuits. They weren’t happy with the accommodation. Not one single bit.

You see, they didn’t want to have to notify their insurer that they object to contraception coverage because if they did, then the insurer would step in to provide contraceptive coverage, and that’s “material cooperation with evil,” man. It’s the same as if they were selling birth control pills in vending machines in the break room.

So what if all they had to do was fill out a form—Form 700. If they fill out the form, they’d practically be handing out permissions slips for contraception!

The Obama administration was all, “Just fill out this form. Form 700. It’s easy. Just fill out the fucking form.” But these religious nonprofits were all, “WE DON’T WANT TO FILL OUT THE FUCKING FORM.”

In July 2014, the U.S. Supreme Court stepped in and patted Wheaton College on the head, telling them, “There, there, pretty—you don’t have to fill out the form. Just notify the nice people at the Department of Health and Human Services that you oppose contraceptive coverage and they’ll notify your insurer for you.”

But before the Supremes did that—literally three days prior—they told the nice people at the Department of Health and Human Services that trying to force Hobby Lobby and other closely-held corporations to provide contraceptive coverage was a “substantial burden” on those corporations’ religious liberty. Because apparently we live in a world where corporations can exercise religious liberty just like people do.

The logic goes something like this: Forcing Hobby Lobby to offer contraceptive coverage is a “substantial burden” on their religious liberty. But that’s OK as long as the government is trying to advance a “compelling governmental interest” (like birth control for all) and the government uses the “least restrictive means”—remember that term because it’s important—of advancing that “birth control for all” interest.

But forcing Hobby Lobby to offer contraceptive coverage can’t possibly be the least restrictive means of ensuring birth control for all because look over there! There’s this accommodation that allows some religious objectors like Wheaton College to just fill out a form and wash their hands of the whole contraception claptrap.

The Supreme Court was all, “Yeah!” and ruled in favor of Hobby Lobby.

Remember when it patted Wheaton College on the head and told them they didn’t have to fill out the fucking form? It was like, two GIFs ago.

So now we have an accommodation to the accommodation, and we don’t even know if the Supreme Court would have approved the first accommodation because the Obama administration didn’t wait to find out.

And of course the religious right is already complaining about the new accommodation because THEY ALWAYS COMPLAIN ABOUT EVERYTHING.

So there you have it.

Hopefully this explanation-by-GIF was helpful. And don’t worry, if you’re feeling like this after reading it: