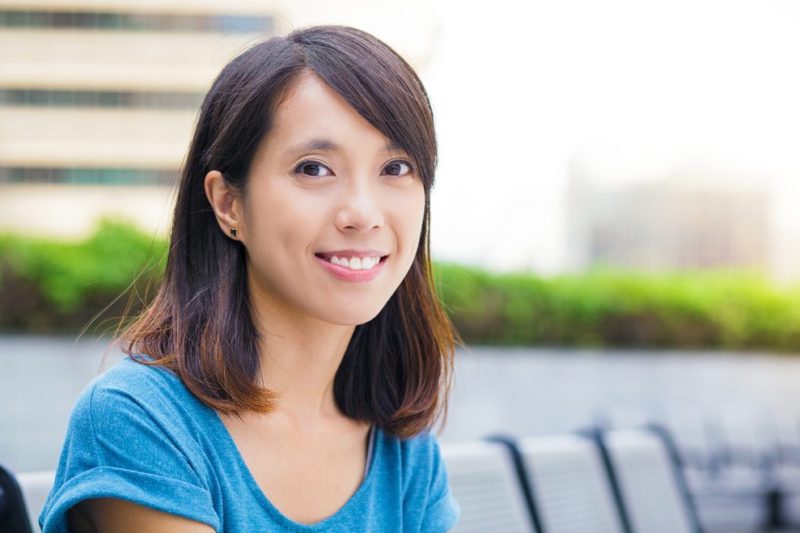 The city's measure condemning sex-selective abortion bans gives Asian-American women ownership and agency over this issue, at which we are at the center. Shutterstock

Sex-selective abortion bans are a growing trend across the United States that will not let up any time soon. In short, these deceptive laws criminalize health providers for performing abortions when they are chosen based on the sex of the fetus. Doctors can face fines or jail time if they are found to be in violation of these statutes. For the first time in the United States, however, officials in San Francisco have proposed a resolution condemning the bans themselves—allowing Asian-American women to take back the conversations about our reproductive health.

The bans may sound like they are about gender equality, but the truth is that they are the products of a disguised anti-choice movement. Yes, it is as absurd as it sounds. Anti-choicers are pretending to be feminists so they can do away with abortion rights. Worse, they are using negative racial stereotypes about Asian Americans to make this happen.

By drawing focus to the widespread sex-selection occurring in India and China, and capitalizing on anti-immigrant sentiment, conservative politicians say the bans must become law in the United States because of us. Of course, doctors cannot read minds. Given the rhetoric surrounding this issue, medical professionals are then left to make assumptions about a woman’s choices based on her race, potentially leading to Asian-American women like me being denied abortion care.

These laws, and the women of color they put in harm’s way, are the opposition’s low-hanging fruit. In 2013, sex-selective bans were the second most proposed abortion restriction in the country. And in a New York Times article about the impact of reproductive-rights issues in the upcoming midterm elections, conservative strategist Ralph Reed named sex-selection as a top messaging item for “pro-life” candidates.

Despite the spread of these insidious measures, however, most people in the United States have never heard of them. Anti-choice politicians in eight states have been able to quietly pass these bills through their legislatures, safe from the eyes of the general public. It is not an exaggeration to say that Asian-American women are silently under attack.

When the public does hear about these bans, it is almost always when the anti-choice movement defends their necessity through racial assumptions, which we must then must spend time and energy dismantling. Although the National Asian Pacific American Women’s Forum has been fighting this issue in court alongside the ACLU and NAACP, as well as at almost every legislative hearing on this issue over the years, we have had to be responsive to the anti-choice narrative instead of telling our own. Those who seek to restrict abortion on the backs of Asian-American women, who connivingly exploit xenophobic sentiment and American exceptionalism for their anti-choice agenda, have dictated the parameters of this conversation.

Not anymore, though. This week, San Francisco Board of Supervisors President David Chiu introduced the nation’s first resolution against sex-selective abortion bans. He was joined by all of the women on the board, and the measure is expected to pass next week.

“The rhetoric used by legislators advocating these measures is perpetuating racial stereotypes, is deeply offensive and can lead to the denial of health-care services to women,” said Chiu in the resolution. “No woman should ever be scrutinized by her doctor based on her racial or ethnic background, but this is exactly what a sex-selective abortion ban encourages.”

This step forward allows Asian-American women to proactively take the reins of the narrative and have the conversation about our reproductive decision-making on our own terms. Using the resolution as a platform, we are naming the other injustices Asian-American women already face, including a dearth of research on our health, disparities in care, language barriers, immigration status, and a crisis of uninsurance in many of our communities.

We are telling the stories of Asian-American daughters who are loved and valued just as much as sons are. As National Asian Pacific American Women’s Forum member Linda Yang recently told us, “I’m an only child whose mother is also an only child, and whose grandmother, after having one girl, said, well, that’s enough.”

For Asian Americans, the experience of being talked about, as opposed to speaking for ourselves—if we are acknowledged at all—is common. And, as with sex-selective abortion bans, this results in harmful stereotypes of our community.

Only 2 percent of the total published scientific reproductive and sexual health articles, for example, focus on Asian Americans and Pacific Islanders, compared to 4 percent for Native Americans, 18 percent for Latinos, 35 percent for African Americans, and 41 percent for whites. The data that does exist does not disaggregate us by our countries of origin, burying the experiences of those who are newer immigrants and living in poverty. The result is a diluted picture of Asian Americans as the “model minority,” painted by hands that do not know us in strokes that are much too broad to be useful.

We also see this pattern throughout history. For generations, stories spun about Asian Americans have led to shameful policies. The country’s first anti-immigrant laws were made to keep Chinese women out, based on a stereotype that they were sex workers that would undermine the American way of life. In the World War II era, Japanese people were held in internment camps, where the women were forcibly sterilized, based on a stereotype that the Japanese were dangerous. And, in today’s post-9/11 world, South Asians have been forced to register themselves with the government, detained without cause, and made the subject of unchecked racial profiling.

No, we are not strangers to racial assumptions generated by the under- and misinformed.

This resolution is significant not only because a legislative body will go on record laying bare the real agenda of sex-selective abortion bans, but also because it gives Asian-American women ownership and agency over this issue, at which we are at the center. It gives us a platform to tell our own story, in our own words.