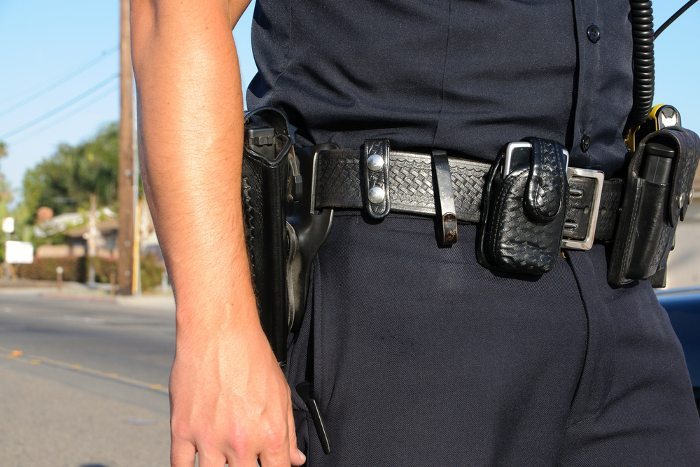 Stated simply, most Americans have an irrational belief that Black men are dangerous, and this bias is especially prevalent among white Americans, including most white liberals and progressives. Shutterstock

On August 19, Kajieme Powell was shot nine to 12 times at close range 15 seconds into a confrontation with police, just a few miles from the crime scene where Mike Brown was executed ten days prior. The St. Louis police have released a video that provides a graphic documentary of a man’s slaying. I found this to be the most damning video footage yet of the utter disregard too many police officers have for the lives of Black men. And for some who view it, it may be the most damning evidence yet of the low value they themselves place on the lives of Black men as well. Though there is certainly a large gap in culpability between the perpetrators of such violence and the viewers who sympathize with the perpetrators, both the violence and the unwarranted sympathy are the product of the same underlying bias, one that infests our society and fuels the fire of racism like no other.

Stated simply, most Americans have an irrational belief that Black men are dangerous, and this bias is especially prevalent among white Americans, including most white liberals and progressives.

Case in point: Ezra Klein wrote an essay posted on the killing of Kajieme Powell. Klein is clearly disturbed by what he sees in video footage that captured the slaying, as I think any person who is not completely numb to violence would as well. The brutality displayed is impossible to ignore. Klein proceeds to describe what he saw on the video, and the feelings he had when viewing it. When I read it, I could hear the internal struggle Klein experienced when he viewed the video. The description indicates that his eyes were telling him that the events he was seeing contradicted the story police used to justify the killing. His analytical mind was telling him that the force the police used was entirely disproportionate to the threat. His heart was telling him that this man, Kajieme Powell, should still be alive right now, and if not for the actions of these two police officers, he would be.

Woven into this description, however, are statements that reveal that this new evidence did little to affect the deeply held biases he brought to the table.

As an example, Klein leaves the question of whether the cops are lying open-ended, despite the indisputable fact that the police version of the encounter is filled with verifiably false claims.

It raises questions about aspects of the story police told in the immediate aftermath of the shooting — Powell does not appear to charge the police with his knife held high, and he is shot when he is farther away than two or three feet, for instance.

The video clearly shows Kajieme with his hands at his side the entire time. He does not charge the police in the video. At no point is he within two full-body lengths (>10 ft) of his closest shooter. He sees it himself, but he can’t draw the obvious conclusion: The police are lying to cover this up.

Demonstrating more bias, he continues to report police allegations as fact, despite their obvious lack of credibility, saying, “all Powell had was a steak knife.” Did he? I don’t see a knife. It’s possible, but given the lies the police have presented—not just the shooters but the detectives and officers who are clearly covering for them—who would take such claims at face value?

Someone who identifies with the fear those police faced.

What Ezra Klein failed to mention when describing his observations and feelings about what he saw was that it was an allegedly mentally unbalanced Black man on the video he was watching. In fact, he never mentions once that Kajieme is Black, and that the police who shoot him are white.

It is easy not to ask yourself what you might have done if you had a gun and a man came at you with a knife.

Contrast the killing of Kajieme Brown with this response to a potential threat:

I don’t mean to pick on Ezra Klein exclusively. He just happens to present a perfect case study for attitudes that are prevalent in progressive circles, and in the media as well. He is a left-leaning political journalist who has a track record of covering social justice issues. I can’t pretend to know how he really feels about civil rights and social justice by reading an article or three where he weighs the merits of the “facts” and attempts to come to a “logical” conclusion, but I get the impression that he knows there’s a problem, feels bad that the problem exists, and is frustrated by his inability to identify a possible solution.

The problem is that he, and many others like him in progressive politics, simply don’t understand the problem: We have an aggregated bias in society that assigns attributes to people based on race, and despite any intentions he may or may not have, he is part of that problem. Bias is a difficult concept. There are many shades of bias, from inclination to tendency to prejudice to bigotry to intolerance. Every single one of us has moderate to strong biases that we bring to every situation, and every problem we face. And bias is not always bad. Bias helps us make decisions quickly. Few of us have the time to fully investigate each and every dilemma we’re faced with.

Unfortunately, too many people believe that the absence of bias is ideal, and in the process deny that they have biases. I get the sense that Klein, like so many other well-intentioned progressives, comes from this school of thought, when he concludes that politics makes you dumb. This makes it especially difficult to recognize, and admit, when bias is preventing him from drawing appropriate conclusions. As research shows, “the brain is well-equipped for controlling unwanted biases—if the person detects their presence.”

Rather than trying to eliminate all bias, which is not only impossible but also undesirable, people should strive to suppress unwanted biases. That begins with recognizing that we have unwanted biases. Can we assume that most progressives don’t want racial biases? Since identification and ownership of racial biases is the key to controlling them, what needs to happen to get people to recognize their own racial bias, particularly when that bias perpetuates myths of racial inferiority and immorality? At what point does denial of racial bias, in an effort to fool others, or to fool yourself, begin to define your character?