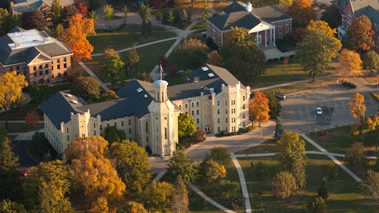 Late Thursday, while most of the country was busy prepping for the Fourth of July holiday, the Supreme Court granted Wheaton College's request for an injunction from the birth control benefit wheaton.edu

We saw this coming, right? Late Thursday, while most of the country was busy prepping for the Fourth of July holiday, the Supreme Court granted Wheaton College’s request for an injunction from the birth control benefit, ruling that the college is entitled to an accommodation from the rule but that it doesn’t need to fill out the required paperwork because, as Wheaton argued, even that is too burdensome on its religious rights.

The decision came just days after conservatives on the Court pointed to the accommodation for religiously affiliated nonprofits as a solution to the newly created burden on religious rights of closely held for-profit companies. If it feels like a bait-and-switch, it should. Because it is.

“Those who are bound by our decisions usually believe they can take us at our word,” Justice Sonia Sotomayor wrote for the dissent, joined by all three female justices. “Not so today.”

After expressly relying on the availability of the religious-nonprofit accommodation to hold that the contraceptive coverage requirement violates RFRA as applied to closely held for-profit corporations, the Court now, as the dissent in Hobby Lobby feared it might, retreats from that position. This action evinces disregard for even the newest of this Court’s precedents and undermines confidence in this institution.

Like the Court did in the Little Sisters of the Poor case, it crafted an alternative for Wheaton College to filling out this form. The form, which is part of the administrative architecture of the Affordable Care Act (ACA), identifies organizations as religious objectors. That triggers a third-party administrator to step in and take over providing contraceptive coverage for those employees and students who want it.

This may not sound like much, but when an entire industry depends on uniformity of forms the way the health-care industry does, the act of re-writing a form is a pretty significant act of judicial activism. “The Court’s approach imposes an unwarranted and unprecedented burden on the Government’s ability to administer an important regulatory scheme,” Sotomayor writes. And that’s just the beginning.

As Justice Sotomayor points out, the accommodation currently in place for organizations like Wheaton College—the one the conservatives on the Roberts Court held up just days earlier in Hobby Lobby as an example of how the government can get it right in balancing religious objections and health insurance coverage for contraception—is the least restrictive path the government could take in administrating the law. Objectors fill out a form identifying their objection, and the government—rightly, in the dissent’s view—takes them at their word. There are no hearings to determine which institutions are actually religious or which beliefs are sincerely held. The government does not require objectors to show anything in the form of justifying the basis of their objection. All they have to do is fill out a form.

But in the cases of Wheaton College and Little Sisters of the Poor, the Roberts Court has crafted a work-around to the work-around, which is effectively a letter sent from the organization to the Department of Health and Human Services identifying the group as an objector and ordering the administration to recognize it for purposes of triggering the accommodation.

Sounds like no big deal, right? But in the world of administration of health-care benefits, this is a disaster because it creates a variation in the forms. “If the Government cannot require organizations to attest to their views by way of a simple self-certification form and notify their third-party administrators of their claimed exemption, how can it ever identify the organizations eligible for the accommodation and perform the administrative tasks necessary to make the accommodation work?” Justice Sotomayor rightly asks.

But knee-capping the government to keep it from doing its job running the ACA is exactly what conservatives on the Roberts Court intend to do. They announced as much two years ago in National Federation of Independent Business (NFIB) v. Sebelius, when the Court narrowly upheld the individual mandate of the ACA while simultaneously blocking the law’s incentive for states to expand Medicaid. In the decision, Justice John Roberts, writing for the majority, said:

We do not consider whether the Act embodies sound policies. That judgment is entrusted to the Nation’s elected leaders. We ask only whether Congress has the power under the Constitution to enact the challenged provisions.

This statement, announcing both the constitutionality of the law and the conservative justices’ political opposition to it, laid the groundwork for what would become the right’s next front in the health-care wars: the courts. And with that decision, the conservative majority on the Roberts Court empowered Republicans to go back and try to achieve through litigation what they had been unable to do through legislation—roll back, if not repeal, the ACA. Fast forward hundreds of lawsuits later, plus the Hobby Lobby decision, and the Court’s order in Wheaton College almost seems inevitable.

That feeling of inevitability is the crisis in confidence Justice Sotomayor warns of in her dissent. And it couldn’t come at a worse time. In addition to the fight over the birth control benefit, the federal courts are considering a host of other challenges to the power of the federal government to administer the health-care law. Halbig v. Burwell, pending in the D.C. Circuit Court of Appeals, argues that the federal health-care exchanges are illegal because Congress only authorized states—and not the federal government—to set up and run them. The case was initially written off by many legal observers as an exercise in politics and formalism, but after a conservative federal court was sympathetic to the claims, it now seems like a more legitimate threat to the law. Should those challenging the power of the government to run the exchanges be successful, individuals who live in states where conservative governors and state legislators refused to set up state-run exchanges and expand Medicaid—political decisions made possible by the Roberts Court—would no longer qualify for subsidies to help them purchase insurance under the ACA. A decision in Halbig v. Burwell is expected any day now.

Thursday’s decision in Wheaton College shows the Roberts Court and its radical incrementalism first displayed in NFIB v. Sebelius in full, partisan effect. It’s important to note that the merits of Wheaton College’s claims are still being litigated in the lower courts, meaning that the Supreme Court took an extraordinary step in granting the injunction when it did. This was a case it didn’t need to get involved in, but it did so anyway. Compare that to earlier in the year, when the Court refused to intervene in the challenge to Texas’ admitting privileges requirement, despite the fact that as a result hundreds of miles of the state would become a reproductive health-care desert.

Since the Court first upheld the individual mandate and effectively blocked Medicaid expansion under the ACA, it has granted for-profit, closely held corporations an opt-out of at least one of the law’s coverage requirements under a theory that has already proven to be more expansive than the conservative majority first promised. There’s also an open legal question as to the ability of the federal government to administer exchanges in states that have refused to do so on their own.

And that’s not even all the challenges to the law out there. The U.S. Court of Appeals for the Fifth Circuit is considering a challenge to the employer mandate, while another federal appeals court is considering a challenge to the constitutionality of the board that sets Medicare reimbursement rates. No one case alone will bring down health-care reform, but if the Court’s action in Wheaton College is any indication, taken together they just might.