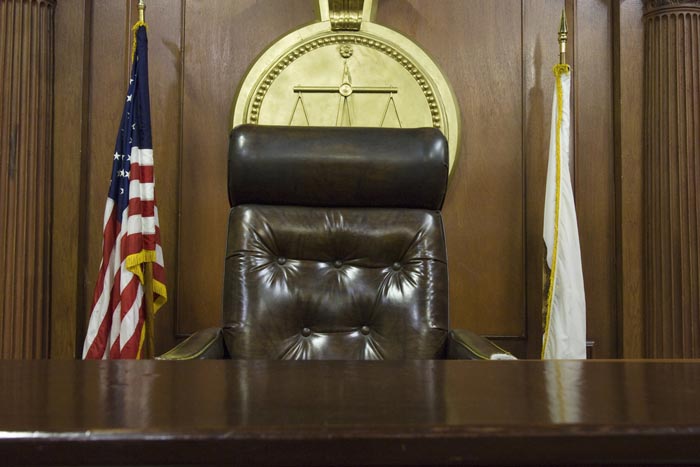 The report from the Alliance for Justice notes that while there is still much to do to remedy the judicial vacancy crisis in the federal courts, reforms in the Senate have brought signs of change. Judge seat via Shutterstock

A report released this month by the Alliance for Justice notes that while there is still much to do to remedy the judicial vacancy crisis in the federal courts, reforms in the Senate have brought signs of change.

The State of the Judiciary: Judicial Selection During the 113th Congress is a follow-up to an October 2013 report the Alliance for Justice released on the unprecedented partisan obstruction by Republicans of judicial nominees. According to the report, during President Obama’s time in office the federal judiciary has consistently had more than 100 total vacancies, with 30 of those designated as “judicial emergencies” because the courts do not presently have enough judges to handle existing caseloads. In October 2013, there were 111 total vacancies with 37 judicial emergencies. According to the report, states with at least one Republican senator account for 87 percent of all current vacancies without nominees, and states with two Republican senators account for 55 percent of all current vacancies without nominees. Together, Texas and Pennsylvania account for half of all current vacancies without nominees.

The president’s judicial nominees have generally trended younger as well. So far in 2014, the Senate has confirmed six circuit court judges who were 50 years old or younger, including three who were 42 or younger. President Obama’s appointees also come from more diverse professional backgrounds than the judicial appointees of previous administrations, and include more public defenders and public interest lawyers.

President Obama has now appointed more judges to the federal bench than former President George W. Bush, which conventional wisdom suggests would shift the “center of gravity” of the federal judiciary to the left. According to the report, since the end of the Bush administration the percentage of Republican-appointed circuit court judges dropped from 61.3 percent to 46.5 percent, while the percentage of Republican-appointed judges dropped from 58.6 percent to 47.1 percent. So while the U.S. Supreme Court still maintains a conservative majority, a majority of judges on the federal district and circuit courts of appeal are now Democratic appointees.

The report notes that even after Senate Democrats reformed the filibuster rule and helped break some of the logjam on judicial nominees, Senate Republicans have adjusted tactics to delay nominees on the front end of the process. For example, in Texas there are 11 district court vacancies, with six of those vacancies categorized as “judicial emergencies.” Despite those vacancies, Texas Republican Sens. John Cornyn and Ted Cruz did not set up a committee to look for judicial candidates until April 2013, and then took seven more months to select finalists for some but not all of those vacancies. The senators still have not provided a full list of candidates for the openings to the White House, an obstruction tactic the report calls “particularly egregious.” The report also cites examples from North Carolina and Florida, where Republican senators have similarly obstructed judicial nominees by refusing to turn in a candidate’s “blue slip,” which would clear that nominee for consideration by the Senate Judiciary Committee. The report calls for an end to this “blue-slip” tradition entirely.