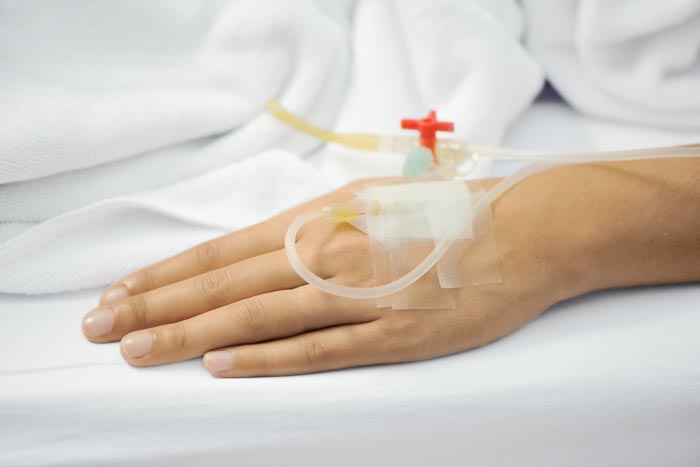 The Louisiana legislature passed a bill to require physicians to keep brain-dead women on life support if they are pregnant, if the physician determines there is any chance that the fetus is viable. Life support via Shutterstock

The Louisiana legislature passed a bill that requires physicians to keep brain-dead women who are pregnant on mechanical support if the physician determines there is a chance the fetus is viable.

HB 1274, sponsored by Rep. Austin Badon (D-New Orleans), would invalidate advance directives when a patient is pregnant and prohibit a family from directing physicians to remove mechanical support from a brain-dead pregnant woman.

Arguing in support of the bill, Badon said: “Do we really want to pull the plug of that healthy baby?”

The bill is similar to a Texas law, which led to a lawsuit filed by Erick Munoz against a hospital that said it had no choice but to keep his wife, Marlise, who had been declared brain-dead, on mechanical support to continue her pregnancy, despite her end-of-life directives and family’s wishes. The case drew national attention and debate over the role state government should play in becoming involved in the end-of-life decisions of pregnant women.

Julie Schwam Harris, who testified during the Senate Health and Welfare Committee hearing, told Rewire that the bill was a government overreach into the lives of families. Harris feels that during the legislative process lawmakers had a “myopic” focus on the fetus, and not on the women and their families.

“They’re making all these godlike decisions for people who should be making this decision on their own for their loved one,” said Harris.

Unlike other legislation dealing with reproductive health that sailed through both chambers without significant changes this legislative session, HB 1274 was successfully amended in the senate and required a conference committee to reconcile the house and senate versions.

During the senate floor debate, Sen. J.P. Morrell (D-New Orleans) proposed an amendment to ensure the ultimate power over life and death decisions remained with family members. The amendment said that nothing in the bill “shall be interpreted to interfere with the rights of a spouse, children, parents, or siblings of a woman to make end of life decisions.” Morrell’s amendment passed 20 to 18, and the full senate passed the amended bill 36 to 2.

However, the conference committee rejected Morrell’s amendment, but made changes to limit the scope of the proposed law, which in its original form would have applied to all pregnant women on mechanical support.

In the final version of the bill, a woman must be at least 20 weeks pregnant for the proposed law to apply, which is after the period when she can legally obtain an abortion in the state, and it does not apply to any woman who has previously specified a “do not resuscitate” while pregnant instruction in a will.

The final version of the bill was passed by both the house and senate Monday, with votes of 87 to 1 and 31 to 2, respectively. The legislation now goes to Gov. Bobby Jindal’s desk, and he is expected to sign it into law.