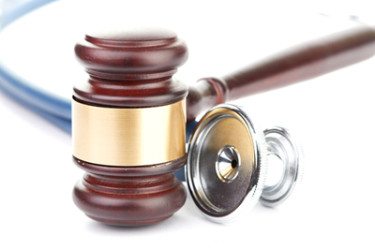 Under the legislation, a patient could sue a doctor within ten years of terminating a pregnancy, even after signing a form acknowledging informed consent. Bill opponents say it unfairly singles out one specific medical procedure, sets a disproportionately long statute of limitations, and is redundant. Legal Medical via Shutterstock

A bill passed by an Iowa house subcommittee Thursday would create a new “cause of action” against abortion doctors—a legal justification to sue them. HF 2098, which was sponsored by Rep. Greg Heartsill (R-Melcher-Dallas), would allow a woman to sue a physician to “recover damages for any physical injury or emotional distress” that results from the “physician’s negligence or failure to obtain informed consent.”

Under the legislation, a patient could sue a doctor within ten years of terminating a pregnancy, even after signing a form acknowledging informed consent. In addition to suing for physical injury, a patient could sue for emotional distress, which would include a negative emotional or mental reaction, grief, anxiety, or worry.

The bill significantly increases the risk doctors face in providing abortion care in a couple of important ways. First and foremost, it creates an entirely separate legal claim related only to abortions, despite the fact that any patient injured during an abortion can already sue for medical malpractice. Second, it increases to at least ten years the amount of time a patient has to sue, and allows a claim to proceed even if a patient acknowledges that the risks associated with the procedure were explained.

Bills like HF 2098 are designed to make the legal landscape too risky for doctors to do their job by increasing their potential exposure to frivolous lawsuits and the expense of defending each one. Each increase in risk for the provider means an increase in the cost of doing business, including the cost of carrying malpractice insurance.

By carving out a separate and distinct claim for emotional distress damages related only to abortion, the Iowa legislature is also attempting to codify “abortion regret” as a legitimate legal claim.

According to the Sioux City Journal, proponents of the legislation gave testimony during which they suggested that abortion may lead to “trauma” and shame.

Several organizations testified in opposition of the bill, citing the “chilling effect” it would have on physicians, among them the Iowa Medical Society, the American Civil Liberties Union of Iowa, the Family Planning Council of Iowa, the Iowa Independent Physician Group, the Iowa Osteopathic Medical Association, and Planned Parenthood of the Heartland.

Planned Parenthood of the Heartland policy analyst and lobbyist Erin Davison-Rippey told Rewire that the bill unfairly singles out one specific medical procedure, sets a disproportionately long statute of limitations, and is redundant. “It is yet another attempt to intimidate providers of a safe and legal procedure,” she said.

To be considered for a floor vote, the bill must be approved by the full House Judiciary Committee before the February 21 deadline. However, like the state’s telemedicine abortion ban, this bill appears to have little chance of passing the Democrat-controlled senate.