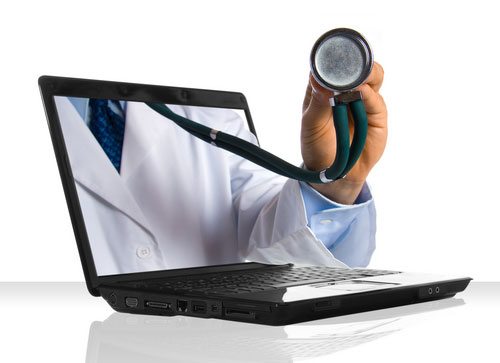 On Tuesday, the Iowa house passed a bill that would ban so-called telemedicine abortions in the state in a 55-42 vote, mostly along party lines.

The bill’s house passage comes three months after an Iowa judge blocked from going into effect a state medical board rule that would have banned the practice.

Filed by state Rep. Matt Windschitl (R-Missouri Valley), HF 2175 would ban the dispensing of medication to terminate a pregnancy “via telecommunications technology.” Abortion providers use telemedicine to provide women who do not live near a provider, many of them in rural areas, access to medication abortion. A physician in a remote location sees and communicates with a patient using video conferencing tools, and the medication is provided at a local clinic.

Erin Davison-Rippey, a Planned Parenthood of the Heartland policy analyst and lobbyist, told Rewire that that telemedicine abortion is safe and effective and expands access to health care for a woman who would otherwise have to travel long distances to see a clinician face-to-face. The same medical protocols used when delivering medication abortion in person are used during telemedicine procedures, she said.

“Since 2008, more than 5,000 Iowa women have accessed medication abortion delivered through telemedicine, with zero serious complications reported,” said Davison-Rippey. “The bottom line is, HF 2175 only makes it more difficult for a woman to access safe, legal care, and every woman deserves to have access to safe health care, regardless of her zip code.”

Anti-choice and conservative organizations have been lobbying to pass HF 2175 during this session. The Iowa Catholic Conference, the Iowa Faith and Freedom Coalition, the Iowa Right to Life Committee, and the Family Leader all support the legislation.

Organizations that oppose the bill include the Iowa Coalition Against Sexual Assault, the League of Women Voters of Iowa, the American Civil Liberties Union of Iowa, the Family Planning Council of Iowa, and Planned Parenthood of the Heartland.

The bill has been introduced and referred to the Senate Human Resources Committee, but with Democrats in control of the senate it will be difficult for Republicans to pass.

When asked about the bill by The Gazette, Senate Majority Leader Mike Gronstal (D-Council Bluffs) said, “We’re going to continue protect women’s rights to effective health care in the state of Iowa.”