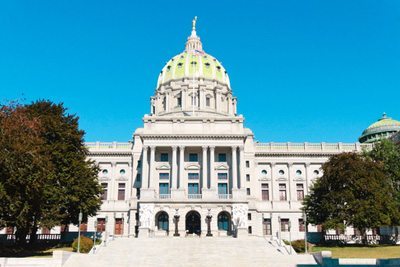 “Women’s health” and “women’s rights” are not phrases often heard in halls of the capitol in Harrisburg, except when used as double-speak to camouflage bills designed to limit access to abortion services.

State Sen. Judith Schwank (D-Berks), a lead organizer of the effort, introduced the legislative package by explaining that many these concepts are “foreign to the predominant policymakers” in Harrisburg.

With 36 female representatives and eight female senators out of 253 seats, the percentage of women in Pennsylvania’s legislature (17.8 percent) lags well behind the national average (23 percent) and fails to reflect constituent demographics.

“With this agenda, the Women’s Health Caucus is going to work on focusing legislative efforts on the concerns most women worry about and struggle with, but historically have been put aside or downplayed,” said Schwank.

She emphasized, however, that the caucus’s concerns extend beyond abortion. “We must stop limiting our attention to quote ‘women’s concerns’ to limits on their reproductive rights,” she said. “It’s much more than that.”

To that end, representatives of the caucus referred to the seven bills introduced Wednesday morning as the “first phase” of their effort. More bills are expected to come down the pike in the coming months.

The forthcoming bills by issue addressed:

Sanitary workplace conditions for working mothers: Introduced by state Rep. Mary Jo Daley (D–Montgomery) and dubbed the Workplace Accommodation for Nursing Mothers Act, HB 1895 is, according to Daley, a “statute guaranteeing nursing mothers a private sanitary area in the workplace” to breastfeed.

Pay inequity: Co-sponsored by state Reps. Erin Molchany (D-Mount Washington) and Brian Sims (D-Philadelphia), HB 1890 is intended to fix what the sponsors referred to as the “pay secrecy issue,” meaning retaliation against employees who discuss their respective salaries.

“In many ways the most insidious problem with pay inequity is the inability to discover if you’re making less than your male counterparts,” said Rep. Sims. He also had a warning for Pennsylvania employers: “If you’re one of those employers paying women less, we’re going to find out.”

Ensuring safe access to health-care facilities: State Sen. Larry Farnese (D-Philadelphia) served as a volunteer clinic escort before joining the senate, so he has particular insight into the harassment that occurs outside clinics. He’s preparing to introduce SB 1208, a bill that would “enact a statewide buffer zone outside health-care facilities located in the Commonwealth of Pennsylvania.” The intention is to create a 15-foot buffer zone around driveways and entrances to health-care facilities. State Rep. Matt Bradford (D-Montgomery), sponsor of the house companion bill, HB 1891, emphasized that the bill was “content neutral,” meaning that it would apply to all health-care facilities, not just those offering abortion services. “While everybody is entitled to their personal beliefs, people should not be allowed to interfere with the rights of others by blocking [them],” he said.

Sponsored by Davis and Rep. Tara Toohil (R-Luzerne) in the house and Sen. Judy Schwank in the senate, the bills (HB 1901 and SB 1167, respectively) intend to make posting such photos a third-degree felony.

The legislators framed the issue of posting sexually explicit photos of a person to the Internet without his or her approval as an invasion of privacy and harassment. After having their photos posted without consent, women have been stalked and threatened.