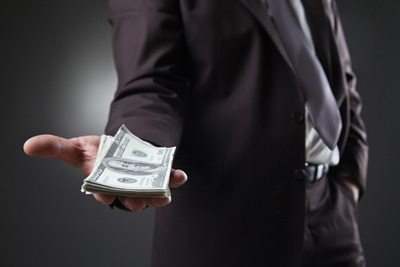 What's the link between big money donors like the Koch brothers and the wave of anti-abortion restrictions? Dark money via Shutterstock

Adele Stan reports on the deep ties between the Koch brothers and anti-choice advocacy groups. In her must-read piece, Stan meticulously chronicles the funding links between the two, shining light on groups that thrive in the shadows of “dark money” politics. And it’s not just national politics affected by these ties; increasingly our state courts are at risk too, as big money donors join forces with social conservatives to try and influence state judicial races.

The Florida Supreme Court ruled last week that a woman who donated an egg to her lesbian partner has parental rights to the child.

Michigan Right to Life has joined the ever-growing list of businesses trying to sink the contraception mandate.

The Liberty Institute, a conservative Christian legal advocacy organization, is threatening to sue the West Virginia University School of Medicine after a doctor there allegedly received a letter of reprimand for his anti-choice activism.

In Kansas, a judge has refused to dismiss the stalking case against anti-choice activist Pastor Mark Holick, who had argued his “wanted” posters featuring a Wichita clinic operator were protected free speech.

In Iowa, a judge blocked a new Iowa Board of Medicine rule banning telemedicine abortions.

Attorneys for Indiana were in federal court defending that state’s targeted regulation of abortion providers (TRAP) law, arguing the regulations were necessary for patient safety.

Meanwhile, a New Jersey couple has filed suit challenging the state’s ban on reparative therapy, arguing that if their son wants the controversial therapy—which tries to change the sexual orientation of a person—he should be able to access it.

Civil rights groups opposed to an Arizona law banning abortions based on the race or sex of the fetus will appeal an earlier ruling that dismissed their lawsuit, challenging the ban for a lack of standing.

With Congress considering a 20-week abortion ban, one Los Angeles Times columnist suggests Supreme Court Justice Clarence Thomas may save the day and vote to strike the ban, should it come before the Roberts Court.

Pennsylvania recently made headlines by banning the touching of a pregnant person’s stomach without permission. But as Bridgette Dunlap explains, that was already illegal.

The State of Texas will file its response this week to the request that the Supreme Court take up the fight over HB 2. Here’s an explanation of what could happen next.

Good news! Marriage equality took two big steps forward in both Illinois and Hawaii last week. Illinois became the fifteenth state to pass marriage equality while a similar bill passed out of the Hawaii House of Representatives. The latter bill is now headed back to the Hawaii Senate, where it is expected to pass when the legislature reconvenes after the Veterans Day holiday.