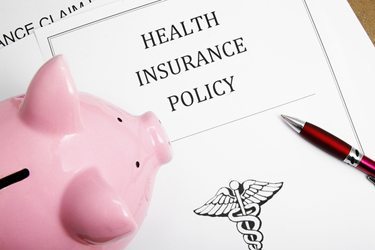 While the controversial new law, which went into effect Thursday, allows insurance companies to offer abortion coverage as an optional rider, it turns out that no companies will offer those riders on the individual market. Health insurance via Shutterstock

The attempt to manufacture an abortion controversy over the Affordable Care Act in Connecticut offers yet another disquieting peek into how anti-choicers view the world. As reported by Molly Redden at Mother Jones, Simcha Reuven of the conservative group Family Institute of Connecticut Action noticed that the health insurance exchange in her state asks applicants if they are pregnant when they sign up. If you mouse over the option to find out why, the website helpfully explains “unborn children” are counted as members of the household for insurance purposes, adding, “Medicaid also has rules to help pregnant women.” This is basic accounting stuff. Since you only sign up for insurance once a year, it’s easier to count the baby that will pop up during the year as a member of the household upon enrollment rather than make people go through a bunch more paperwork when the baby actually comes. The rules also allow women who are still deciding whether to go forward with a pregnancy to make that decision, by letting her know better where she stands financially if she has a baby.

If you oppose abortion because you believe the loss of embryonic life is a tragedy that should be averted, then the only reasonable reaction to this discovery would be to clap your hands in delight. “How wonderful,” the mythical lover of embryos would say reading this. “Thank goodness the state of Connecticut is working hard to make sure that pregnant women have health insurance. That will make it so much easier for women who want to have a baby to choose to go forward with their pregnancy. We should advertise these new benefits and help women far and wide understand that it’s easier than ever for expectant mothers to get health insurance.”

As anyone who follows actual anti-choicers can guess, however, they did not have this reaction. On the contrary, the anti-choice movement has decided, by and large, to oppose Obamacare with all its might, even though getting more women on health insurance will prevent abortions both on the contraception side and because women will be in a better position to choose to give birth. That’s why Reuven’s reaction to this discovery that pregnant women have expanded access to health care was to go on the “gotcha” warpath, denouncing Obamacare and whining that it is “hypocrisy” to use the term “unborn children.” Why hypocrisy? Because President Obama and other supporters of this legislation are generally pro-choice and because “Obamacare healthcare exchanges can offer coverage for abortion on demand.” (Which is a fancy way of implying that there’s government-funded abortion, when in fact nothing has changed. Insurance companies are free to offer abortion coverage to paying customers whether customers access them through the exchanges or not. States that ban abortion coverage from the exchanges are, in violation of conservative support for free markets, disallowing private companies from covering legal procedures for people who are paying for them with their own money.) Reuven did not notice the irony of accusing a mindless government exchange of “hypocrisy” while she herself was engaging in the more clear-cut hypocrisy of benefiting from the Affordable Care Act while denouncing it.

Meanwhile, LifeNews.com seems to think the purpose of declaring a soon-to-be-born child as a family member for insurance purposes is only being done so you can abort the pregnancy, which doesn’t make a lick of sense, since presumably your abortion coverage is offered even if you aren’t currently pregnant. (That’s why it’s called insurance. It’s about future possibilities.) Lila Rose, always a reliable purveyor of nonsense, said it was “an #abortion-funding health insurance scheme counting the unborn as people,” falsely implying that insurance companies did not offer abortion coverage prior to the health insurance exchanges. (Actually, the Guttmacher Institute found that most insurance plans covered abortion when the group surveyed companies in 2002.) In an entirely predictable fashion, instead of celebrating that the number of abortions will likely go down, anti-choicers resented and abused pregnant women and people who actually try to help them. Because anti-choice is about misogyny, not “life.”

This situation also demonstrates a couple of concepts that seem to evade conservatives over and over again: 1) the concept of consent, and 2) the fact that the meaning of words depends on the context. These are concepts that we expect the average 5-year-old to understand, and yet here are grown anti-choicers, unable to wrap their minds around it.

The concept of consent is simple: People should be able to control their bodies and determine what they are used for. The reason that pro-choicers can help women who want to give birth while also supporting women who want to terminate is because we believe women are autonomous human beings who have the right to say yes or no when they want to when it comes to their own bodies. So it’s entirely consistent to support women in their choices, even if they make different ones.

Starting in elementary school, we have to do assignments in which we figure out what word to plug into a sentence based on context, and yet this whole bout of manufactured outrage shows conservatives never got the message context matters. The reason we refer to an embryo or fetus as an “unborn child” when the woman intends to keep it while not doing so if she’s aborting is simple: It’s only going to be born and be a child if she chooses to go through with it. It’s an understanding that things like time and space actually matter, that the world is not a static place, and that one word used in one circumstance is appropriate while not so much in another circumstance. If I plant the seed of Juglans regia in the ground and tell people, “That’s where my walnut tree is growing,” that is perfectly normal. If I ate a walnut and pointed at my tummy and said the same thing, you’d think I’m barking mad. But, by anti-choice logic, that’s what you’re supposed to do in order to avoid the label “hypocrite,” another concept that clearly eludes them as well.