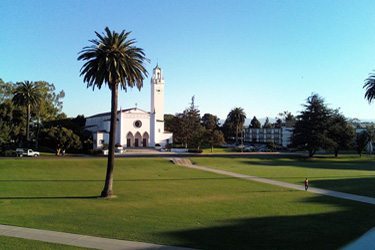 A few weeks before the start of the semester, Anna Harrison, an associate professor of theology at Loyola Marymount University (LMU), a Catholic-affiliated University in Southern California, learned that the abortion coverage faculty health plans had included since 1988 had been dropped. She did not learn this from the university’s human resources department, a representative from her health plan, or in her plan brochure; she got the news from the listserv of the Cardinal Newman Society (CNS), a conservative Catholic group that is not affiliated with LMU.

The National Catholic Reporter termed the CNS the “Catholic academic ayatollah” in 2009, when CNS was whipping people into a frenzy over President Obama giving the commencement address at Notre Dame. But the CNS devotes most of its outrage to everyday occurrences. The group searches campus announcements for speakers, scholarship, and student groups it doesn’t like and tries to bully school administrators into silencing or firing those it deems insufficiently Catholic by writing harassing blog posts and launching mass email campaigns. Faculty members at LMU have been targets of such campaigns, receiving emails that recommend the inclusion of “more appropriately Catholic” materials, such as specific readings and handouts. Other emails have indicated that particular scholarship is not compatible with Catholic teachings, with LMU President David Burcham or a department chair copied on the correspondence.

The CNS wants to return us to an earlier era in which Catholic universities embraced the most conservative teachings of the church and dissent wasn’t tolerated, though there is little evidence universities orthodox enough to please the CNS ever existed. Decades before CNS founder Patrick Reilly matriculated at Fordham University in the 1980s, finding it to be insufficiently doctrinaire, clergy, faculty, and students at Catholic-affiliated schools had advocated for changes in church doctrine and access to contraception. Furthermore, the idea that scholars should be limited by hierarchy-approved dogma is fundamentally at odds with the purpose of a university, especially one like LMU that claims academic freedom and pluralism as values and serves diverse student populations.

It perhaps shouldn’t come as a shock that the CNS has begun trolling through health insurance plans attempting to exercise a line-item veto, given the en vogue idea that women’s insurance plans should be church-approved. But it is astonishing that the group seems to have had some success.

According to the CNS, a “faithful Catholic professor” at LMU complained about the abortion coverage in connection with a report CNS was preparing to release “revealing” the decades-old fact that LMU’s health insurance plan covers contraception and abortion. Presumably, this professor only noticed the coverage when the CNS brought it to his attention; as you may have guessed, he is male.

Professor James Hanink and the CNS were pleased to learn that abortion coverage would be dropped, but criticized the school’s compliance with California law mandating contraceptive coverage, noting some schools have gotten around it by self-insuring.

When the stealthy coverage change was met with outrage from the faculty and staff, school administrators claimed in a statement that the insurer had dropped the coverage back in January of 2013, without notifying the school, in response to previous requests to drop such coverage; coverage would be excluded for 2014 as well. The statement claimed, “The decision to exclude this coverage, once it became possible, flows directly from our values as a Catholic university in the Jesuit/Marymount traditions.”

LMU’s faculty did not let the assertion that Jesuit tradition dictates the kind of insurance coverage it offers to its diverse faculty and staff go unchallenged. The faculty senate unanimously passed a resolution affirming its commitment to diversity and freedom of conscience. Faculty and staff circulated a petition and published an ad in the campus paper with over 100 signatures attesting:

As members of the LMU community, we value the freedom of conscience, diversity, and collaborative decision making, necessary for the well-being of a university. We urge the University to maintain full healthcare coverage for women.

The LMU administration acknowledged that dropping coverage for the current year was an error and had it reinstated, but faculty and staff members now must fight to reverse the decision to exclude coverage in 2014. The issue will be the subject of an October meeting of the board of trustees.

Meanwhile, the CNS continues to insert itself into the situation. Days after Pope Francis’ statements suggesting the church shouldn’t be so obsessed with homosexuality and abortion, the CNS demonstrated it hadn’t gotten the memo with the headline “Homosexual Employees of Loyola Marymount Univ. Seek Abortion Coverage.”

(That unintentionally comedic headline aside, abortion rights are important to LGBTQ individuals, not only because of related rights to privacy, equality, and sexual autonomy, but also because lesbians and transgender individuals experience sexual assault at higher rates than the general public and are less likely to be using contraception.)

After the CNS publicized internal letters meant to be confidential, their authors received the kind of harassing phone calls that those of us who have incurred the ire of the CNS have come to expect. In fact, one day after the publication of the petition in the university newspaper, the CNS reached new lows by identifying a handful of people who signed the petition. The group’s website identified staff and faculty members by name, department, and faculty status (adjunct and assistant-level faculty are not protected by tenure) and highlighted the content of one adjunct faculty member’s Facebook page.

The interference from off-campus conservatives at LMU is part of a pattern that undermines the idea that Catholic-affiliated universities can be first-rate institutions of higher learning equal to their secular peers—institutions that are welcoming to scholars regardless of gender or religion, where equality and academic freedom are respected, and where representations made while recruiting non-Catholics and dissenting Catholics can be trusted. These attributes of LMU, and not simply the coastal climate and global metropolitan appeal of Los Angeles, draw quality faculty members from across the country.

This interference by the CNS is also an important illustration of why the Affordable Care Act’s contraceptive coverage mandate is necessary. Health insurance is a form of compensation, and it needs to meet certain standards no matter what the political fight of the moment is. Having to fight your employer for health-care equity is bad; having to fight whoever else has an opinion on it is worse.