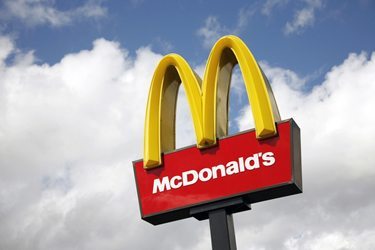 The fast-food chain may have been sincere in its attempt to help its low-wage workers budget, by creating a a financial planning guide that suggests monthly spending on a variety of expenses. But the company is blind to the realities. Bikeworldtravel / Shutterstock.com

McDonald’s has taken some heat for its Practical Money Skills Budget Journal, a financial planning guide for its low-wage workers that suggests monthly spending on a variety of expenses. That’s pretty ironic since heat was one of the things McDonald’s failed to anticipate in the guide’s first iteration—it was later included in the sample budget in response to public pressure.

News coverage has noted the implausible monthly $600 rent (compared with the national average of $1,048). Many people have pointed out the impossibility of spending just $27 a day on gas and groceries, and the absence of a clothing budget. All of these criticisms are completely valid.

McDonald’s has defended the second income required to balance this budget, indicating that it could be representative of a two-person household, with both contributing. Let’s play along with this scenario.

Two-thirds of fast-food workers are women, according to the federal Bureau of Labor Statistics. The majority are older than 32—in their prime years for raising children. In fact, almost a third of minimum-wage earners are raising children. Thus, there’s a good chance that our theoretical couple has children. But let’s back up.

Assuming that the full-time McDonald’s worker qualifies for the company’s $14 a week health-care plan and that costs already have been deducted from the gross pay in this budgeting scenario, the plan caps coverage at $10,000 a year—a measly amount, particularly for a female employee (or insured female partner of an employee) who gives birth to a child.

The joy of that child would surely be dampened by the realization that no money is left to dedicate to child-care costs—the average of which exceed average rent costs in half of all states for just one child. Using the financial planning guide’s insanely low projection of $600 for rent, this family would likely need at least $600 for child care, leaving merely $200 to feed and clothe a family of three each month.

And that’s being generous. That child-care figure is slightly lower than the results of a recent Restaurant Opportunities Center United study funded by the Ms. Foundation for Women, entitled The Third Shift, which found that working mothers in the restaurant industry (with similarly low-paying occupations as in the fast-food industry) spend an average of 35 percent of their wages on child care. In the sample budget, 35 percent of the net income would be $721.

While the McDonald’s budgeting tool may use “generic examples,” as the company claims, there are real women and families struggling. The Third Shift relays the story of Teresa (whose last name was not published, by request), who balances two jobs in the restaurant industry while raising two children on her own in Los Angeles. When her children were young, she relied on her sister for child care. When her sister wasn’t available, her neighbor cared for her children, but the cost was significant on her meager earnings. Teresa’s children are older now, but economic stability continues to elude her.

“Having a job is a blessing,” Teresa said. “But having a higher wage, for me, as a single mom, would allow me to be able to spend more time with my children. And mothers with younger ones would be able to pay for quality care.”

McDonald’s may have been sincere in its attempt to help employees budget. But the company is blind to the realities. The federal minimum wage is $7.25 an hour. If this budget assumes only one earner working two jobs, that equates to 74 hours a week at minimum wage. If that worker is a single mother, like Teresa, she may need child care for those 74 hours, the cost of which would be astronomical.

While these aren’t issues unique to McDonald’s employees, McDonald’s has a unique opportunity as a worldwide leader of the fast-food industry to raise the standards by which companies treat low-wage employees. The budgeting tool is a transparent acknowledgement that its employees are struggling. Let’s ask McDonald’s to go one step further in tangibly improving the lives of its employees.

On its website, McDonald’s claims, “From the start, we’ve been committed to doing the right thing. And we’ve got the policies, programs and practices in place that allow us to use our size and scope to help make a difference. Because what’s good for us is good for us all.”

The Ms. Foundation challenges the corporate giant to live up to its own rhetoric by using its size and scope to improve the lives of its hundreds of thousands of employees. That really would be good for us all!