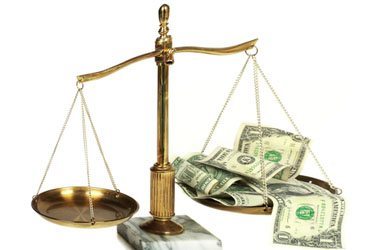 Among the bills recently introduced are HB 1132 and SB 638, which would raise the cap on total tax credits for contributions to all CPCs in the state from $2 million to $2.5 million. Legal money via Shutterstock

As of June, the unemployment rate for women in the United States inched upward, and the overall rate of long-term unemployed Americans remained virtually unchanged. June also brought with it a rash of state restrictions on reproductive freedom. These economic and reproductive policy trends are deeply intertwined—a fact that is crystallized by Ohio’s recent budget decision to divert welfare cash assistance to anti-choice groups.

As Rewire recently reported, Ohio has passed its budget teeming with abortion regulations that are among the most restrictive in the recent wave of state abortion regulations. Ohio now requires all women seeking an abortion to undergo a trans-abdominal ultrasound, has cut funding for family planning services, and prevents access to public hospitals during a health emergency.

Yet another restriction on choice in Ohio’s budget diverts some of the state’s welfare assistance funds to crisis pregnancy centers (CPCs)—groups that oppose abortion and are known not to provide medically accurate information. “This was done in secret at last minute,” Ohio Rep. Nickie Antonio (D-Lakewood) told Rewire. “Republicans did this under cloak of secrecy in the 11th hour.”

This decision highlights the deep and sustaining connection between anti-choice policy and Republican economic policy against poor and struggling families.

When Temporary Assistance to Needy Families (TANF) became a federal program in 1996, as part of the major welfare reform legislation signed into law by President Bill Clinton, nobody likely anticipated that the cash assistance program would ever support CPCs. While it has over the years provided cash assistance to struggling families, TANF has been heavily criticized by progressives—in part, because it is structured as a block grant, meaning that states have flexibility in disbursing the funds as they see fit and relative to their fiscal situation. (By contrast, categorical grants like Medicaid have narrower spending guidelines.)

As a result of this flexibility, Ohio, which received $777 million in TANF funding for this fiscal year, is able to direct some of those funds to crisis pregnancy centers. This provision was added to the house version of the state budget and was sustained in the final version.

Per the 1996 law, states have the discretion to use federal TANF funds as long as they are shown to meet four goals established by President Clinton’s 1996 law: provide assistance to needy families so that children may be cared for in their own homes or in the homes of relatives; (2) end the dependence of needy parents on government benefits by promoting job preparation, work, and marriage; (3) prevent and reduce the incidence of “out-of-wedlock” pregnancies and establish annual numerical goals for preventing and reducing the incidence of these pregnancies; and (4) encourage the formation and maintenance of two-parent families.

These goals are somewhat troubling on their face—particularly the focus on two-parent families, which could lead to further demonization of single mothers—but overall they are relatively broad. Presumably, Ohio legislators who supported this provision of the budget, as well as Republican Gov. John Kasich, based it on the third prong of these requirements: to prevent and reduce the incidence of “out-of-wedlock” pregnancies.

Yet, as the Guttmacher Institute and other groups have found, the combination of abortion restrictions, cuts to family planning, and misuse of TANF dollars in Ohio will only serve to increase the incidence of unintended pregnancies and could make life more dangerous for women—particularly economically struggling women—who do not wish to have a child.

According to the Winter 2013 Guttmacher Policy Review (emphasis added):

A majority of women [surveyed] reported that, over the course of their lives, access to contraception had enabled them to take better care of themselves or their families, support themselves financially, complete their education, or get or keep a job. Women provided similar answers when asked why they were seeking contraceptive services at that moment. The most common reason women gave was not being able to afford to care for a baby at that time (65%); among women with children, nearly all cited their need to care for their current children as a reason for practicing contraception.

According to Brodie, Ohio authorizes the director of the state Department of Job and Family Services, currently Michael B. Colbert, to devote TANF dollars to CPCs, though it is unclear how much this recently approved budget will provide the centers. “He could channel a lot into CPCs if he wanted,” Brodie said.

This budgetary decision is just another recent example of how anti-choice claims to value life often juxtapose economic policies that deepen systemic hardships faced by working families and their children.