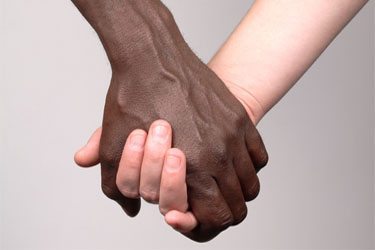 Despite what Live Action might say, not all men are against abortion—many think it is a complicated issue and support their partners in their decision-making. Holding hands via Shutterstock

This week, the anti-choice group Live Action posted an article about how men can stop the women in their lives from obtaining an abortion. The article tells men not to “give your permission for abortion or help her get one,” suggests getting a restraining order against their partner, and advises them to buy their partner prenatal vitamins and baby supplies. But the most wrongheaded thing about the piece is that not all men are against abortion—many think it is a complicated issue and support their partners in their decision-making.

When I became pregnant at 19, I was scared. I was at my then-boyfriend’s best friend’s house when I decided to take the test. They were in the other room playing video games, and I told my boyfriend that I was going in to the bathroom to get the results. Positive. I sat on the toilet and cried. I cried for 45 minutes alone. When I finally had the strength to leave the bathroom, I signaled for him to meet me in the living room. We sat on the couch and he hugged me. He knew the result of the test.

“Well, I’m not ready to be a parent. I don’t want to be pregnant,” I replied.

We sat in silence for a minute, and then I asked him what he thought. He said that he had always pictured us staying together and raising a family, but also knew how hard it would be. We had friends with children and saw the challenges they faced and how hard they worked to be great parents. I was proud of them, but knew it was something I wasn’t ready for. We weren’t ready.

As I was still deciding on how to continue our pregnancy, I consulted two other people—both single fathers, co-parenting an infant and a toddler with their children’s mothers, and both friends of my boyfriend. I asked them what they thought I should do.

“I love my son. I really do,” one friend told me. “He means the world to me. But if I had to do it over again, I wouldn’t.” He explained that parenting is harder than he thought it would ever be, and once you leave the hospital you also leave all its resources, safety nets, and support. He also wanted the option to decide when he could become a parent—a time when he and his child would be set up for success.

The other friend’s advice was simple: “Abortion is tough, but if that’s what you feel, then that’s your answer.” He also explained that being a parent is hard, and admitting you’re not ready for it is a mature, parent-like thing to do.

As I continue to share my abortion experience publicly, I meet people who want to share theirs with me. Some of those people are men. I’ve heard stories about how the choice was tough, but they appreciated that their partner included them in the decision. They too felt abortion was the best option at that time. Some have gone on to have other children, while others haven’t. Once a man told me that when he and his partner became pregnant after having an abortion, they had such a different feeling about it: “We knew that this time, we were ready to be parents. I felt like a father.”

Being a parent is about more than buying prenatal vitamins and diapers. It is about having the ability to support a person for the rest of your life. And when I decide to become a parent, I want to make sure that I am in a place where I am ready to do that. And I want to do it with a partner who is ready to respect our children, our family, and me. What Live Action doesn’t understand is that supporting someone through an abortion is a form of love as well. It’s a deep respect for all of life’s complexities. And I believe that most men, and fathers, understand that too.