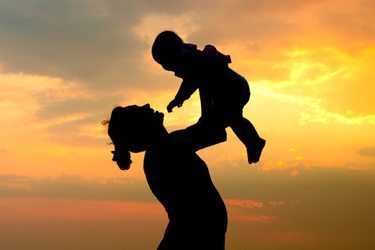 War, natural disaster, environmental crisis. No matter the threat to their children, mothers fight back. Woman with her daughter via Shutterstock

This Sunday is Mother’s Day, and like many of you, I will spend it at home with my family. I’m looking forward to the home-made cards and presents from my kids, and maybe the great gift of sleeping in an extra hour. As I enjoy this time, I’ll also be thinking of the Syrian mothers I just met in a refugee camp in Jordan.

Like mothers everywhere, their first priority is to ensure their children’s safety. That’s why many of them fled their homes in the first place. Now, as their families grow destitute as refugees, many mothers feel that the only way they can provide for their teenage daughters is to marry them off. “I would rather see her married than hungry,” said one mother, Leila, of her young daughter. “I just pray that this man will be kind to her.”

A young activist in a local Jordanian women’s organization told me, “This was supposed to be a revolution for freedom in Syria. But for the girls there is no freedom. Instead there are men from the Gulf countries lurking around the refugee camp looking for child brides.”

In my work with women around the world, I see mothers face choices like Leila’s every day.

After an earthquake devastated Haiti, millions of families were displaced from their homes. Mothers put up makeshift tents in huge public encampments with no running water, no security, and no lights at night. When an epidemic of rape swept through the camps, mother were their children’s only line of defense. “I stayed awake through the nights,” another mother, Louise, told me. “I had to choose between sleeping or keeping watch over my two daughters. I held a broken bottle for protection and positioned it to dig into my arm if I fell asleep.”

The mothers I met in Kenya were also forced to make decisions no parent should have to face. Severe drought over recent years has decimated herding communities in East Africa. As animals died off and water for even basic survival grew scarce, more and more families resorted to trading daughters for dowries, in some cases to ensure the survival of the rest of the family.

War, natural disaster, environmental crisis. No matter the threat to their children, mothers fight back.

In Jordan, Syrian mothers who are refugees are working with local women’s groups to protect the health and well-being of their daughters and provide safety and shelter for their families.

In Haiti, mothers organized community watch groups in the tent camps and reached out to rape survivors with health care and counseling through the women’s rights organization KOFAVIV (the Commission of Women Victims for Victims). A bill they put before the Haitian parliament would create Haiti’s first age of consent and criminalize marital rape for the first time, protecting their daughters now and throughout their futures.

In Kenya, mothers helped create a network of shelters as a place for their daughters to receive an education and enjoy their childhood, protecting them from female genital mutilation and forced early marriages. They call these shelters the Nanyori Network. In Swahili, Nanyori means “You are loved.”

This Mother’s Day, I’ll be thinking of these women, mothers just like me, facing unimaginable hardships. I’ll be thinking of their strength and their dignity, of their dedication and unfailing love. As the poet Alexis De Veaux has written, “Motherhood is more than the biological act of giving birth. It’s an understanding of the needs of the world.” Fighting to meet those needs, all around the globe, is what mothers do.