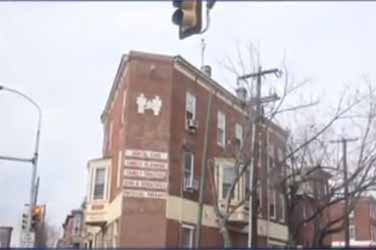 Just four months after her arrival in the U.S., Karnamaya’s 4-ft-11, 110 pound body lay dead at the clinic of Dr. Kermit Gosnell (above) in an impoverished Philadelphia neighborhood. CNN / YouTube

Karnamaya Mongar, a Nepalese woman and mother of three, immigrated to the United States in July of 2009 after losing a 4-year-old daughter to cholera and spending 20 years of her life in a refugee camp. She became pregnant just as she arrived to this country and felt her family was not ready for another child, saying, “We just got started here.”

Just four months after her arrival in the United States, Mongar’s 4-foot-11, 110-pound body lay dead at the clinic of Dr. Kermit Gosnell in an impoverished Philadelphia neighborhood.

Today, the trial of Dr. Kermit Gosnell, whose medical staff was responsible for overdosing Mongar with the drug Demerol, is making headlines. Among other charges, Gosnell is charged with third-degree murder for the death of Mongar. He could be sentenced to death if found guilty. Much of the trial coverage has focused on Gosnell and the deplorable conditions in which his facilities were kept. Less attention has been paid to the lived experiences of immigrant women trying to plan their families, or to the larger political and legal environment that creates fertile ground for the likes of Gosnell.

And so, I would like to remember, honor, and shed light on Mongar’s story and the reasons she ended up in Gosnell’s house of horrors.

Mongar’s experience exposes the many barriers to health immigrant women face, as well as the horrific side effects of anti-choice policies. She and her family were among thousands of people expelled from their homeland of Bhutan following pro-democracy protests and were part of a humanitarian resettlement program. Her husband had just found a job in a chicken factory in Virginia where they lived. When she learned she was pregnant, Mongar sought to have an abortion in her home state of Virginia. However, 85 percent of Virginia counties did not have an abortion provider at all. Making matters worse, at 19 weeks pregnant Mongar was in her second trimester, after which Virginia legislation made it illegal for clinics (but not hospitals) to administer abortions.

Frustrated after being unable to find a provider in Virginia or Washington, D.C., that would serve her, Mongar went to Philadelphia to see Dr. Gosnell, who was known for performing cheap abortions regardless of gestational age. Mongar had no idea she would never return home. She did not speak English, was made to sign documents that were not translated for her, and was not given the pre-op counseling required by state law. Her clinic experience was unsanitary and dangerous; investigators discovered fetuses in the clinic’s toilet and stored in jars, and medical staff were untrained and included a 15-year-old high school student who administered anesthesia.

Gosnell’s clinic thrived because of legal and funding restrictions on abortion. Victims were predominantly immigrant women, low-income women, and women of color who had little access to information and financial resources. In addition to Mongar, another woman died at Gosnell’s clinic in 2000 from a perforated uterus, and many more suffered from perforated bowels and cervixes. Some women were even made sterile.

Keeping abortion services legal, physically accessible, and affordable can help prevent horror stories like Mongar’s. If Virginia legislation allowed clinics to perform second-trimester abortions and if safe abortion providers were affordable and more numerous throughout the state, perhaps Karnamaya Mongar would be alive today. Keeping abortion legal and making it accessible means women’s health and safety will be ensured. Studies have shown that restricting abortion does not mean women will not find a way to get an abortion. Moreover, the Hyde Amendment, which bans Medicaid funding of abortion, gives poor women very few safe options. Faced with an unwanted pregnancy and limited financial resources, many women are forced to risk their health and, in some cases, their lives.

As immigrant women continue to seek better lives in the United States—currently 51 percent of immigrants in the United States are women—we cannot neglect the impact health-care policies and anti-choice legislation have on their lives. This is why, at the National Asian Pacific American Women’s Forum, I work to ensure abortion care is affordable and advocate for health care for immigrant women. Immigrant women deserve safe, affordable reproductive health services—not a house of horrors.